URef helps check the pulse of fan sentiment towards referees 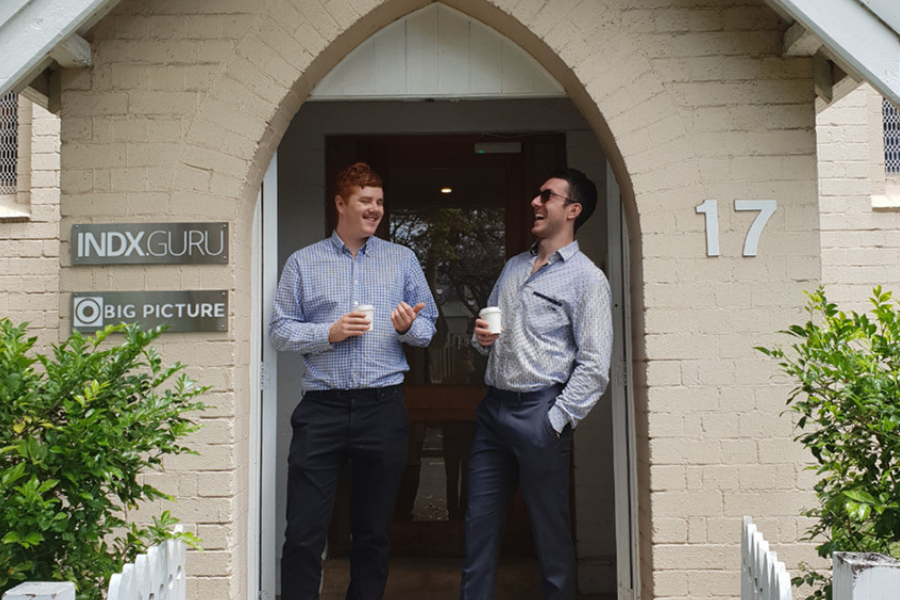 Australian startup URef channelled their frustrations with the large amount of negative conversation and annoyances with referees into a platform that gives fans a centralised voice to rate a referee’s match-day performance.

Their app-based platform checks the barometer of fan sentiment and emotion by asking users whether they agree with key decisions of a match and giving them the chance to rate a referee’s overall performance.

Its potential advantage is that it can funnel the noise from Twitter, or any chosen social media platform, into its self-contained app.

Jack Atkinson is the cofounder and CEO of URef and he was in conversation with us whilst in the midst of readying his company’s public launch to give the full lowdown into what URef is all about.

URef is about to be launched. Can you share some insight into it?

URef is a sports related fan engagement app focussed on the fans relationship with referees. The plan at the moment is a mid-January launch. We’re roughly six to eight weeks away until we go to market and execute our high impact marketing strategy.

The user acquisition strategy has occupied a considerable amount of our pre-launch thinking. We think we have a great product but the challenge quickly became how to get URef into users hands on a limited marketing budget. We opted for a strategy that predominantly involves accessing a key influencer. We wanted to partner with an influencer who saw sufficient promise in the product to be URef’s consumer facing co-founder. We wanted someone with sufficient consumer pull and interest to form the centrepiece of our advertising campaign. Someone who would stimulate interest in URef and add value by constantly creating content that we’ll distribute across numerous social media channels and sports media companies.

We analysed the global sports influencer market to assess who might be our best option. We were really lucky that our first choice listened to our story, saw the app and immediately decided to join the URef team. Consequently, we’ve centred the launch strategy around our key influencer which we think will have an enormous impact in the markets we are targeting.

Who is the key influencer?

That’s a common reaction. She’s fantastic. She loves sport and has great insights into football, the NFL, NBA and the NHL – all great referee reliant sports and therefore perfect for URef. We’re covering the English Premier League (EPL) initially in terms of our product offering, and Mia has an enormous reach and exposure in the UK. She has a huge social media profile, a highly engaged audience, is an avid sports fan and well-known sports pundit as well. Absolutely perfect attributes from our perspective.

Plus, equally as important, she loves the whole idea of a sports fan engagement app focussed on referees and understands the emotional passion that fans have about them. The other thing that really helps is that she has a terrific sense of humour and is brilliant to work with.

We certainly think so.

I’ve heard her on sports and comedic podcasts like on Grandex Media, so you know she can really help with a lot of cut-through on different media. So launching in the UK with an American, what gives?

She’s got global reach, a global name. She’s particularly prominent in the UK and Europe. Our research confirmed that. We think she’s the perfect person for the UK market but also to help our plans to expand into the US sports market quite quickly.”

Take me back to where the genesis of URef came from?

Nathan (Derriman), my cofounder, and I are sports addicts and we have watched ridiculous amounts of sports over the years. Nathan is a passionate rugby league fan and I’m a passionate Australian Rules football and football fan. Over time we became increasingly frustrated with the quality of officiating but more so with sports fans complaining about refereeing and referee performance.

As it’s a fan engagement platform, in your own words describe URef’s key points of difference that makes it an engaging, fan focussed platform?

Fan engagement is certainly a term used frequently in this day and age of sports technology. URef has a very clear point of difference in that it’s a world-first. Our angle is completely geared towards big decisions from referees, referee performance and referee statistics.

The emotion to reacting to refereeing decisions is enormous, like in football, the reaction to goals, penalties, red cards. We want to tap into that emotion which is incredibly strong, particularly prominent in EPL fans. In terms of fan engagement, we don’t think it gets much better between referee versus fan interaction. What kind of beta testing have you done and what results did you get?

We have built various versions of the app, learning as we go. We conducted two critical user testing sessions and each of those sessions we conducted over the course of three hours – pre-game, game and post-game – of a live EPL fixture. The initial user testing session was terrific. The testers were able to find a whole lot of minor flaws in the product, particularly from a user journey perspective, which we were then able to remedy.

The second testing session had more of a tech crowd, software engineers and became a test of how we optimised the product from a tech perspective. This was the landmark moment for us as the product came on in leaps and bounds from a functionality and UX perspective in the following month after the recommendations were laid down from that testing crowd.

Refereeing is a high-pressure job and you look at EPL referees, they’re under the microscope when they make a bad decision, how do you alleviate the fact that you may be adding to their pressure?

I think this is the most common question we get asked from anyone that hears about URef. We are firmly coming from the angle that we are trying to assist referees and we strongly believe, given the product, that we can make a very positive contribution to referees. Our goal is to grow the referee’s profile and performance and thereby provide benefits rather than being a platform that berates them.

We have one feature in the app on whether you agree or disagree with big decisions from games and another one is general match performance ratings, for example you can rate Martin Atkinson’s match performance out of five stars. For both of these features we have algorithms in place to dilute biased voting to ensure voting represents a fair collection of sentiment.

As you’re growing I suspect it is an ongoing challenge conveying that story. It’s got to be fun and engaging to use and not a platform of nastiness.

It’s a challenge we think we have overcome really well so far and we’re confident that people will buy into the fact that URef can help referees.

The next big thing we have is our statistical offering which is never seen before data sets of various refereeing statistics that sits alongside the fan driven data that we’ll produce. Let’s think crazily into the future, you’ve had uptake, community is building, lots of engagement. Can you envision that this platform and all of this data could be used by broadcasters? Perhaps help referees in training?

We think it will have various uses across many different sectors of the sporting industry. We certainly think refereeing bodies will see value in the data sets we offer and equally we think broadcasters and media agencies will particularly enjoy our fan-driven data. Betting companies will be incredibly interested in our unique statistics as they can leverage interest in under utilised, exotic sports betting markets.

Until users start building it’s something you could see being in your product roadmap.

It is part of our roadmap but it’s always been our position that we want high user volume, an active engaged audience before we attract interest from those various sectors. We also want to offer sports fans a forum to dissect and discuss decisions with fellow fanatics through our superior live chat feature.

Outside of the EPL, what other key sports or leagues do you plan on targeting?

From the EPL, we’re planning to expand into other football leagues such as Serie A, La Liga and the German Bundesliga.

Following that we are very eager to expand into the US market with the NBA, NFL and NHL. But we realise you have to walk before you can run so it’s important not to get too excited about tackling and expanding too quickly.

You don’t want to die by a thousand opportunities. So how do you temper your expectations and ensure you don’t get excited by so many opportunities presented?

This is the biggest challenge that any entrepreneur will face, particularly when they’re young. I think sustaining a balance between optimism and reality is critical. What that means is that you have to wholeheartedly believe in what you’re doing but simultaneously be completely aware what you’re doing might not succeed.

My advice is to never go into something thinking it will fail but be absolutely prepared for failure, or at least be prepared to face the many challenges along the way.

It’s also being conscious tempering your excitement and expectations even if you’re making breakthroughs or your product is gaining traction.

I think it’s something I’ve improved on a lot.

URef has now been a two-year project and I think gradually I’ve been able to mature a lot from it, not just from a business point-of-view, but from a mental point-of-view. Getting that balance is hard but it’s completely necessary because people go into business concepts naïve and sometimes too optimistic.

This article first appeared on Bullpen, a site that focuses on the Australian sports business, sportstech, and the sports startup ecosystem.