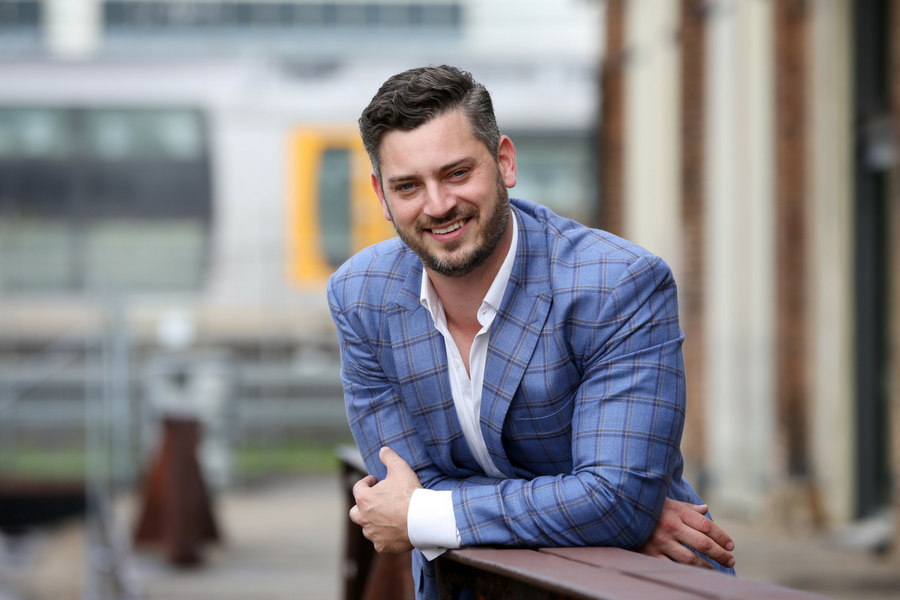 If you’ve ever had to opt out of receiving ‘please come back and visit us you unfit human’ messages from your local gym before, then you’ve felt the brunt of an automated communication system.

While messages like these appear simple on the surface, backing them are often strings of code which determine how to respond based on a user’s response.

These systems get even more complicated when it comes to, say, interactive voice responses (IVR), which trigger actions based on the words we resiliently mumble across the phone.

Working to simplify the process behind creating and initiating voice, email, and SMS communication is Sydney-startup Upwire. Through a cloud-based platform, Upwire’s drag-and-drop tool allows businesses to create multi-channel, automated campaigns in a few minutes.

Supporting a wide range of APIs, the platform allows businesses to integrate their existing technologies onto the platform, and begin creating communications flows without typing a single line of code.

For Upwire’s founder, Ben Brophy, the platform aims to break down the barriers “non-coders” face when trying to develop communications systems. Taking the history of voice products as an example, Brophy said the process of development would cost tens of thousands of dollars and require businesses to work closely alongside telecom carriers.

“We created it as a platform because we really wanted to empower our customers, which are banks, financial institutions, and anyone else, with communications technologies that would allow them to fulfil their end user marketplace,” he said.

“From businesses communicating to each other to the end user like you and I, we’re seeing a shift where people are wanting to have a conversation within this automated world; you see a lot of bots that are really massive today and all these other trigger-based messages. Traditionally, there’s lots of coding behind that and reliance on IT, and that can stifle the agility of a lot of these business.”

While Upwire only officially kicked off this year, Brophy’s idea for the platform dates back to a startup he helmed in 2013 called Zinc working in the cloud technology space.

At the time, he said, businesses were able to work with cloud infrastructure for the first time, thanks to tech giants such as Amazon and Google opening up their platforms for others to leverage.

“We were one of the first businesses to take SMS, voice, email, fax, and communication stuff, and virtualise it into the cloud infrastructure. Cloud was enormous, and people were making huge mistakes. The technology was maturing as well, and it led to a big learning curve,” he said.

Seeing the cloud market grow, Brophy noticed that there was a “shift” occurring amongst conversational technologies, such as voice, email and SMS.

When engaging with an automated system, such as a customer service voice chain, users no longer accepted being bottled in with one option. Rather, they wanted to be provided with a healthy amount of options and delivered some sort of response.

“We looked at how email works, how SMS works, how voice works, and took about three years of coding to really develop Upwire. We would do a normal day’s work, then spend the rest of the day working on how to work on the interface. You have to dumb down technology without striping away the features, and that’s really difficult to do,” said Brophy.

Extending the development time further, Brophy explained, was ensuring that the platform was “future proof”, and would be able to adapt to any new technologies or platforms that emerged later on.

When setting up an account, users are able to integrate their existing solutions, and can later ‘drag’ or remove any platform they’re using.

Supported initially by Brophy and his cofounder, as well as an early investment, 2016 saw the business conduct early testing of the platform. Over the year, the business began generating notoriety, soon working beside corporates such as ComputerShare, an Australian stock transfer company, which helped give Upwire a name in the US.

Now, the startup is looking to the US as a key market for its product, alongside the recent announcement of an office opening in San Francisco.

“Through that we met a lot of people in America. We built a relationship with US carriers, Google…the demand in the US is phenomenal, and that’s why we’ve been led over there straight away,” he said.

Completing its development phase, the startup rebranded from Zync to Upwire, launching its product to support a number of “code-intensive” technologies such as Google’s API artificial intelligence bot and voice biometrics.

Elaborating on Upwire’s features, Brophy said, “You have a little tile, you integrate the technologies you want, then drag and drop to create the process. If someone calls in for voice biometrics, for example, you can tell it to look for a certain phrase before letting people through, then tell it what the next step is. People can create automated conversations through SMS, do things such as purchase an insurance policy. You can create scheduling tools and take information off a customer via voice.”

Similar to a number of website creation tools, building a communication on the platform and creating an account is free of charge. To execute the model, however, customers pay-per-use, based on either emails sent, SMS messages sent, or voice second increments.

With the shift to the US, Brophy said the startup is looking to expand its sales and partnerships team, which will help the business acquire new clients across the globe, while a set of new features continue to be developed.