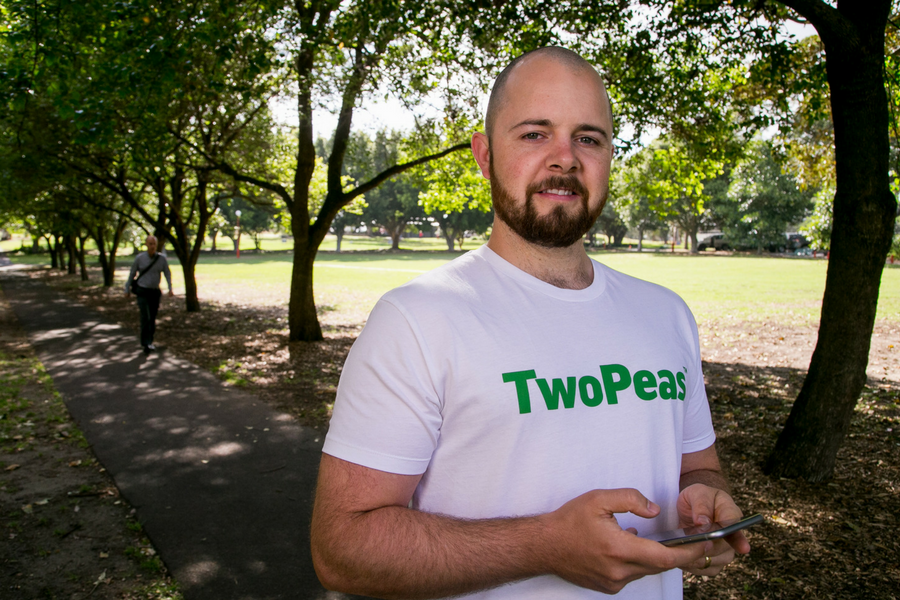 Shooting into popularity over the last couple of years, dating apps have quickly become the insert-90s-icon-here of the 21st century.

Their continual presence has led to a point where it’s not out of the norm to find at least one dating app on the average Australian’s phone, regardless of whether they’re in a relationship or not (“I just wanted to see what everyone’s on about with Tinder!”, they will say).

Thanks to booming consumer demand, the dating market has become saturated, meaning any business looking to carve their name into the dating scene has to go above and beyond to develop a unique identity, whether it’s through a focus on sexuality, niche interests or personality traits, and so on.

This formed part of the ambitious challenge that Max Kenny set out to overcome with the development of TwoPeas, a dating app with a focus on using strict search parameters to create a more profound connection experience.

Interestingly, the founder didn’t have any first-hand experience with dating platforms upon developing the concept of TwoPeas, instead gathering his inspiration from observing others as they adapted to the changing e-dating trends.

“I viewed the change from pre-app dating up until now, and have seen a shift in society’s perception of these platforms and their role in finding love,” said Kenny.

To elaborate on this point, Kenny attributed the rise of “casual” dating platforms such as Tinder to society “normalising” dating platforms, essentially taking their purpose less seriously.

“Even with the traditional platforms, a lot of users don’t treat it too seriously, while the modern platforms sort of gamified the search for love,” Kenny said.

Acknowledging that, despite the changing stigma, there is still a popular market for dating apps, the entrepreneur sought to break the “endless loop” of consumers failing to connect with someone on a dating platform, taking a break, then returning to the same or another platform to try again.

“I looked to create something that focuses on more core values straight off the bat, so you’re meeting people who you have a strong hit rate with,” Kenny explained.

To gain insight into the dating market and create a unique product, the founder conducted extensive research into how current dating platforms connect their users, noticing that mainstream platforms such as OkCupid and eHarmony sort their users by having them answer predefined questions that hold a set ‘weighting’ of sorts.

This concept applies to other dating apps in the market too, whereby an algorithm will determine how important questions such as ‘have you been in a relationship before’ are when showing a list of matches. Kenny explained that these algorithms are often flexible, meaning users often get paired with others even if their values don’t match well.

Meanwhile, dating apps such as Tinder, Bumble, and Grindr devalue a user’s preferences nearly completely, instead choosing to bombard them with matches based on location proximity.

To harness the best of these features and reshape their importance, TwoPeas allows its users to themselves weigh the importance of each question they answer.

Combined with the normal tidbits of taking into account a user’s interests, the TwoPeas algorithm is able to ‘force’ its users to only connect with people who share their values. There’s also a machine learning feature to help sharpen the algorithm’s search parameters.

“The machine learning looks at which questions work best at getting matches, then slightly adjusts how they’re weighed,” explained Kenny.

When a user joins the platform, signing on through Facebook verification, they must answer and select the value of a pool of predefined questions, using a scale to adjust their choice accordingly. Like many other platforms, these questions range from opinions on global warming to if a user’s been married before.

After creating a profile, the platform functions similar to traditional dating app models, providing its users with a list of matches. What different, however, is that the user isn’t able to view another user’s picture or profile without the two matching first.

“This enables something more profound than just looking at hair colour or body shape,” said Kenny.

If two users match, they’ll then be able to chat upon gaining access to each other’s profiles. Somewhat contradicting the strictness of the search parameters, there’s also a location feature in the app, where the platform notifies the user of others in a slim radius.

Location features have been flagged as a privacy issue within connection apps such as Happn, Clink and Tinder, a concern which Kenny recognised and sought to alleviate in TwoPeas; a user cannot see any information about the other user nearby, including their picture.

To extend upon its safety features, the startup has a team on-call 24/7 to investigate any reports a user submits. To scale this model alongside a growing user base, Kenny said the business will look into image recognition softwares and “other tech”, although it will require capital.

Currently, the startup has been bootstrapped by Kenny; there is no revenue model currently in place, though Kenny said he will look at both monetisation and investment moving forward.

Revenue will likely come in the form of a premium feature, as Kenny said, “[Premium] will charge an amount smaller than other dating apps out there and give the user access to things such as more search parameters.”

Kenny said the app has gained strong traction since launch at the end of last year: TwoPeas saw 20,000 matches in a two week period, and is set to reach over 20,000 monthly active users at the end of January.

According to Kenny, 60 percent of these users are women.

With a premium feature on its way, the business will look for funding to accelerate its growth, aiming to reach 165,000 monthly active users by the end of this year.