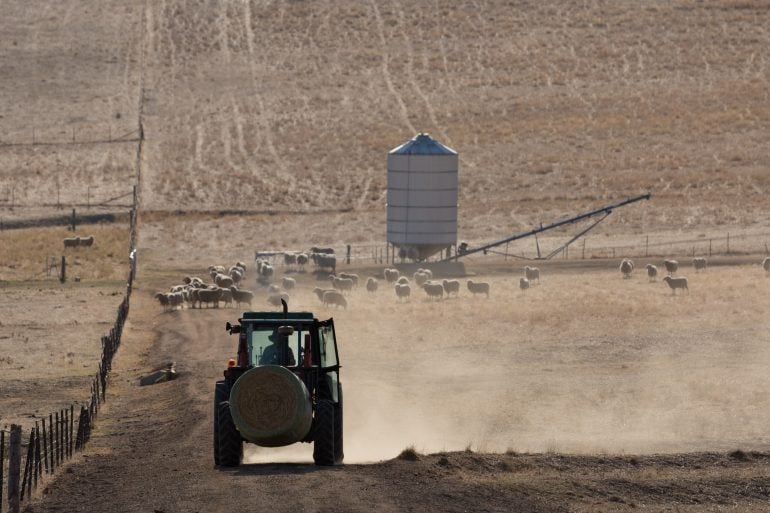 An Australian rural startup has devised a planting technique for farmers that can potentially boost crop yields by up to 10% simply by measuring the amount of moisture in the soil when they’re planted.

And with water and the ongoing drought playing a critical role in the viability of local farms, the agtech solution by Orange-based Moisture Planting Technologies (MPT) is like a magic bullet for crop production.

MPT co-founder and CEO David Finlay’s solution was to embed moisture sensors in the seeders tines to constantly read the levels in real time. That data is fed to an onboard computer and analysed by MPT’s artificial intelligence software, which then adjusts the depth for seeds on the planting machinery.

The farmer watches it all from a dashboard-mounted screen in the tractor, which stores the data for downloading and further analysis back at the farmhouse.

Finlay says it’s the first time moisture sensors, AI software, and sowing mechanics have been integrated into a single system.

“Over the years we have seen a lot of better ‘mousetraps’ when it comes to seeding equipment but nothing that addressed the core issue of linking planting directly to soil moisture levels,” he said.

“Our new product fills that gap. We are also looking at the potential of adding other sensors that could provide data on variables such as soil PH levels, salinity, and temperature.

“The more data you have the more accurate the machine can be in its decisions and the more informed the farmer can be about what is leading to the outcome. It’s a bit like having an agronomist built into the tractor.”

MPT was part of the SparkLabs Cultiv8 agriculture technology accelerator and the startup’s first product, known as the Tech-Enabled Broadacre Seeder, is now in final development and testing, with a patent pending on the tine design holding the on-tool sensors.

Finlay hope it will hit the market next year. Meanhile his company is currently building a range of prototypes and working closely with the CSIRO and early adopter farmers on what’s next.

With the 2019 SparkLabs Cultiv8 demo day being held in Sydney next week, David Finlay sings the praises of the accelerator, which offers mentoring support, legal advice and access to agricultural research stations where new tech can be trialled.

“Being a member of the Cultiv8 program has been truly invaluable for us,” he said.

“Having someone supporting you, and giving you a kick when you don’t do everything you have committed to do, makes a big difference when you are growing a business.”

“Australia is a tough environment for farming and anything we can do to help farmers become more efficient with their sowing has to be a benefit,” he said.

“I am looking forward to growing our operations both here at home and into international markets in the future.”