theright.fit gives power back to models and creative talent by helping them market themselves to brands directly 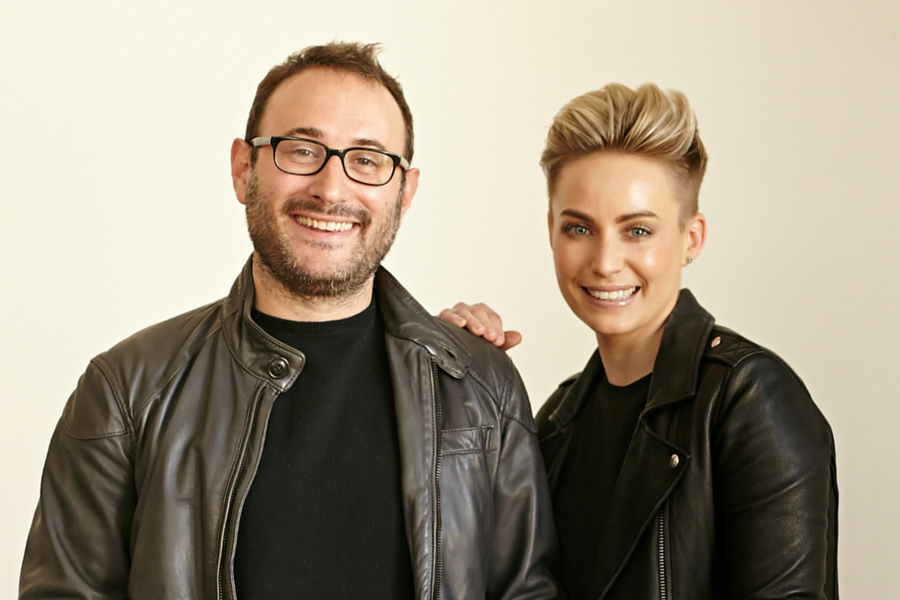 For every Kendall or Miranda that makes it down the runway at a Victoria’s Secret show, there are hundreds of thousands more models looking to make it in the industry. Modelling is a notoriously tough business and, if you’re not related to a Kardashian, the key to achieving supermodel status is often signing with the right agency that has the right connections with brands and designers. But like many industries that enable success based on who you know, this often means talented people are being left out of the picture.

theright.fit is a new Australian startup looking to solve this problem. Though its founders insist it isn’t looking to push agencies out of the picture, the core service the platform provides is helping both talent and brands bypass agencies and facilitate relationships themselves. It allows models, actors, photographers, make up artists, stylists, and other industry professionals to display their portfolios and market themselves to brands, and in turn lets brands search for, book, and pay models and other talent themselves.

The platform was cofounded by Aurelien Labonne and Taryn Williams last year. Williams, who founded modelling agency WINK Models in 2007, said it was the agency’s work on an internal management app with engineer Labonne that led to the idea for theright.fit.

“It is all about systemisation, customization, and being available ‘on demand’, something our industry really needs to move it forward into the current tech age,” she said.

According to Williams, the platform is about creating a more level playing field for models and other workers in the space.

“Theright.fit aims to revolutionise the modelling and talent industry by removing hidden commissions and bias and empowering users of the platform with the information and facts they need to make informed decisions about their next job or casting,” she said.

“Agencies can only look after so many talent and they operate within timeframes and budgets that sometimes don’t work for clients. We work in a global environment and clients expect 24/7 access and services. Theright.fit is a digital platform that can help service this demand. It will disrupt the industry, but in a positive way for the people that this industry is here to serve: the talent and the clients.”

The platform is currently Australia-only, but with Labonne based in New York an American launch is set for later this year, while Asia is also on the agenda. Rather than targeting a particular sector of the market, Labonne and Williams have gone wide from the get go; the platform offers brands access to talent across a broad sphere, whether they’re looking for fashion models, actors for television commercials, special effects hair and makeup artists, or photographers specialising in event photography.

Given Williams herself runs an agency, the fact she’s launching theright.fit might seem odd, but she insists the new platform isn’t here to cut out the middle man. Rather, Williams believes agencies and the startup can work side by side.

“The platform is all about giving the market choice, simplicity and instant access. There will always be clients who want a full service traditional agency, in the same way there are people who prefer hire cars or taxis over Uber, or hotels over airbnb,” she said.

Williams said the platform allows clients to be specific in their requests, easily set and abide by their own budgets, and be guided by a talent ratings systems, while it allows talent to build their own brand and reputation. Most importantly, it puts talent in control of their own career – and ensures they’re paid on time.

In this sense, rather than pushing it aside, theright.fit is building on the work of WINK. Williams founded the agency after working in the industry for almost a decade: she was approached by a modelling agency at the age of 15, and began working as a photographic advertising producer at 23. Her experience on both sides of the industry let her see first hand the problems in it, and so she launched WINK with the primary aim of facilitating positive working conditions for talent, including being paid within seven days of working a job.

Another important factor that may play into the success of the platform is the fact Williams believes it may be able to open up a career in modelling or the creative industries to those who may have otherwise been overlooked by traditional agencies. Why is this important? Like those of us in tech are acutely aware of the need for diversity in tech, brands too are beginning to wake up to the fact that the faces representing them in the media should be as diverse as the audiences they are being broadcast to.

Williams said, “The industry is constantly growing and the reality is that there are plenty of models and talent out there who don’t have representation. theright.fit is a perfect fit for them. It allows them to create an online profile that showcases what they have to offer in a stylish and reputable environment. It also gives them access to jobs which perhaps they wouldn’t normally get.”

At just a few weeks old, there are a few dozen users already on the platform. Convincing the talent to join shouldn’t be too difficult, given it’s another way for them to get themselves out there; it’s the brand or client side that will be more difficult. Here Williams’ experience and connections in the industry will hold theright.fit in good stead.

The startup will be looking to raise funding later this year in order to facilitate its expansion into Asia and New York.