Turnbull: The Australia of the future has to be a nation that is agile, innovative and creative 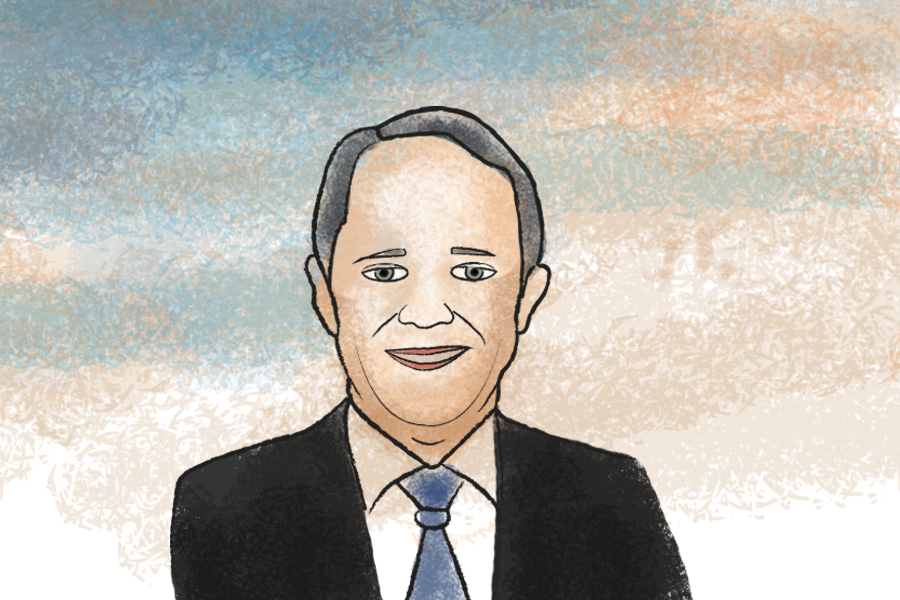 This morning, Australia has woken up to a new Prime Minister.

As a result of yesterday’s Liberal Party leadership spill, the sitting Prime Minister Tony Abbott was challenged by former Communications Minister Malcolm Turnbull for the leadership of the party. Abbott was defeated 54 to 44. Our new Prime Minister-designate, Turnbull should be officially announced as the head of the Parliament during formalities that take place with the Governor General. There will likely be a manic shit-storm in the nation’s capital for the remainder of the week.

One thing is clear though: this is the fate many startups had hoped for. Whether he was or not, Tony Abbott was perceived as a luddite; from comments he made about STEM subjects to his blasé attitude when it came to addressing important topics like innovation and investment, he did himself no great favours amongst the tech-startup crowd.

Turnbull, on the other hand, enjoys mass-adoration from the sector. In fact, earlier this year, the Startup Muster survey found that Turnbull was perceived by the startup community as Australia’s most supportive politician of the nation’s startup ecosystem.

This morning, startups are optimistic about the future. There is a general sentiment that:

The latter was a point that was clearly echoed in Turnbull’s speech following the party room voting and announcement:

The Australia of the future has to be a nation that is agile, that is innovative, that is creative.

We can’t be defensive, we can’t future-proof ourselves. We have to recognise that the disruption that we see driven by technology, the volatility in change is our friend if we are agile and smart enough to take advantage of it.

We will ensure that all Australians understand that their government recognises the opportunities of the future and is putting in place the policies and the plans to enable them to take advantage of it.

These are inspiring words, and without a doubt pique the attention of the startup community that considers itself agile, innovative, creative and a conduit of change. But of course, like with anything, the real proof about one’s capability is found within actions, not the sales pitch.

The issues faced by Australia’s startup ecosystem are clear and have been highlighted by prominent figures like Matt Barrie, Annie Parker and Mike Cannon-Brookes, who summed up last night with a single tweet in support of Turnbull (I don’t think he was an Abbott fan).

Of course, all of the ecosystem’s problems are not going to be solved tomorrow; and it is important to note that not all the issues we face as a sector fall under the responsibility of the Federal Government. There is a lot of educating and lobbying to be done at state and local government levels as well. The table below from the Startup Muster results in March 2015 serve as an indicator around some of the topics that startups will most probably be expecting Turnbull to address in the coming months. 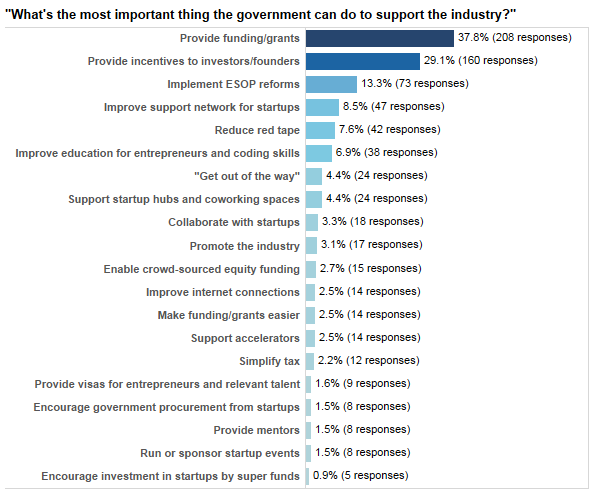 Given “Provide funding / grants” is ranked number one in the Startup Muster survey results, it would be easy to argue the case that Australian startups are wanting hand-outs of some kind from the government.

While I do think the government should have a more robust and accessible grants programme for tech startups in critical areas that make a societal impact like Health, Fitness, Community Service, Mental Health, Education and Diversity, the fact that startups in Australia are looking for grants seems to indicate there is still a need to expand the angel funding pool (pre-seed and seed investment) – something that would be helped by providing individuals with cash to invest with incentives that make the process easier for them to do so.

It’s a big job. And we should be under no illusion that there aren’t other areas of Australian society just as important that will be vying for the new Prime Minister’s attention.

But, considering the words ‘innovation’ ‘technology’ and ‘disruption’ have never before been spoken in a first speech by any Australian Prime Ministerial incumbent that I could find, coupled with the fact that the most logical way to grow the economy is by growing the tech sector – I think we are going to be an industry that Turnbull will be placing a lot of focus and attention on, Provided he practices what he preached last night of course.

Previous article The role of a Chief Evangelist is to take a company from zero to critical mass. But what does that mean?
Next article Swift is fast becoming the logistics platform of choice for businesses globally, while Liquorun is put on hold
Via Advice
Tags auspolAustraliafeaturedlibspillMalcolm Turnbullstartupstech