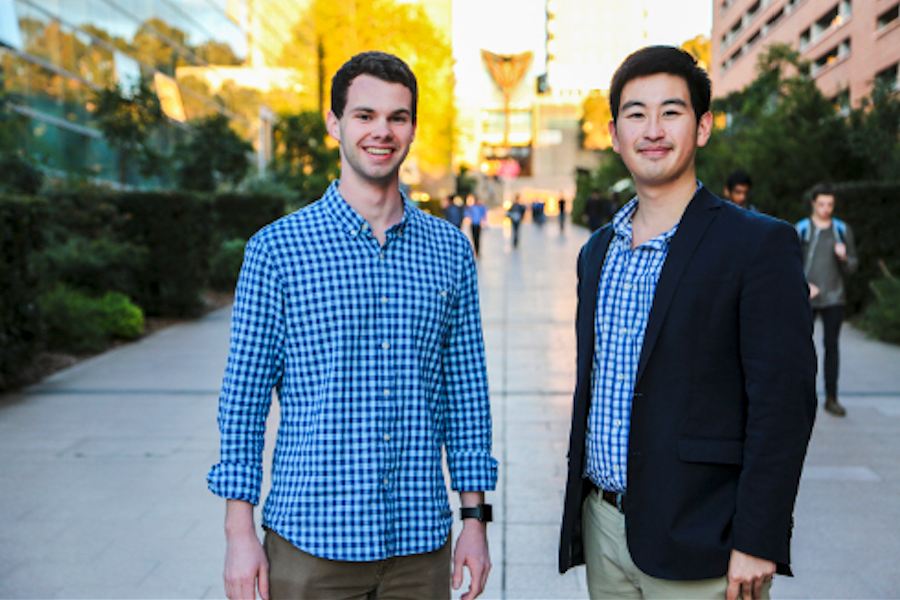 As reiterated in the 2016 Crossroads report released by StartupAUS earlier this month, Australia must do more to develop a culture of entrepreneurship and encourage students to consider entrepreneurship as an alternative to traditional career paths.

What has not been considered is the development of the venture capital landscape and helping students develop an understanding of and expertise in the space to go hand in hand with the growth of new startups.

Founded by UNSW Commerce/Law students David Lu, a VC associate at BlackCitrus, and Patrick O’Connell, a former intern at Blackbird Ventures, Textbook Ventures wants to empower student associates with the ability to invest in student-run companies.

“During my student exchange and travels in Europe, USA and Hong Kong, I was quite positively amazed at the level of entrepreneurship support for students looking to kick start their ideas overseas. Student founders were raising millions of dollar in their seed rounds, and it was absolutely incredible to see them work on their ideas while balancing it with their university studies,” Lu explained.

“I remember one founder telling me the best capital he ever raised was the first $20,000 from a student-led venture fund. In the scheme of things, the money wasn’t the real value, rather it was the support and him as his team received from this fund that allowed them to go on and achieve great things.”

The student-led fund in question was Dorm Room Fund, a US venture now active in New York, Philadelphia, Boston, and the Bay Area that has invested in over 100 companies since 2013.

After that conversation, Lu said, he was determined to create something to help support young entrepreneurs.

Lu admitted it’s quite odd that setting up a venture fund is the first startup for both he and O’Connell, however he said the process was much the same as that for other first-time founders: they sought validation for the idea by talking to their customers, student entrepreneurs, before looking at the legal aspects and approaching potential advisors.

Despite the association with UNSW, Lu said he and his cofounder avoided the university at first, instead choosing to validate the idea and approach advisors themselves. Industry experts on its advisory board are Niki Scevak and Rick Baker of Blackbird Ventures, Benjamin Chong of Right Click Capital, and Melissa Widner of NAB Ventures.

Joining them are Dr Martin Bliemel, senior lecturer in Entrepreneurship and Innovation at UNSW, and Brad Furber, COO of the Michael Crouch Innovation Centre (MCIC) at UNSW. With Lu having worked with the pair previously in his capacity as a teaching assistant to Bliemel and as an innovation curator at the MCIC, he said Bliemel and Furber were more than happy to support the venture.

The external advisors, a couple of them UNSW alumni themselves, were given the pitch: “Wouldn’t you like to have had a venture fund to work on as a student associate or access to founder-friendly capital when you were at uni?”

The board has provided Lu and O’Connell with a wealth of advice in setting up Textbook Ventures. Among the issues to be considered was the legal side, in particular whether an Australian Financial Service License (AFSL) would be needed to operate.

With an AFSL costing $50,000 and the admin and compliance costs of setting up a fund making the idea unsustainable, Lu said the team has been working on a structure that didn’t require the AFSL; as such Textbook Ventures will not operate under the same structure as a traditional venture fund.

With the cofounders responsible for sourcing funds, student associates will be brought on to invest. Lu said roles will vary depending on experience, but generally an associate would start off with due diligence and identifying deals, through to investing or voting with the powers a venture partner might have at a fund.

“We want to recruit associates from all disciplines; the only things we want are interests in the startup space and analytical horsepower. We’re looking to do semesterly recruitment drives with them and put them through an interview process which will involve analysis of one of our live/previous investment deal,” Lu explained.

“We’ve designed a short crash course on VC in conjunction with our advisory board who have kindly offered their time and experience in putting our curriculum together.”

Aside from the fact startups must have a founder connection to UNSW, the Textbook Ventures investment mandate is fairly broad, with Lu saying they will generally look to invest around $20,000 in pre-seed companies, or up to $50,000 for ‘deep’ tech projects. As well as the funding, portfolio companies will be connected with a mentor and coworking space in the Michael Crouch Innovation Centre.

The team is already looking at potential investments; following a pitching competition last month, it’s working with seven teams through a summer accelerator program and will look to invest in a couple at the end of the summer break.

With 2017 around the corner, Lu said the goal over the next 12 months will be to create a sustainable model, both in terms of funding and operations, that will allow for the cofounders to easily pass over the reins once they leave UNSW.

“I think 2017 is the year for us to gain traction on both ends for both associates and entrepreneurs, experiment to see what works best with students, and set best practices for students to adopt and execute.”