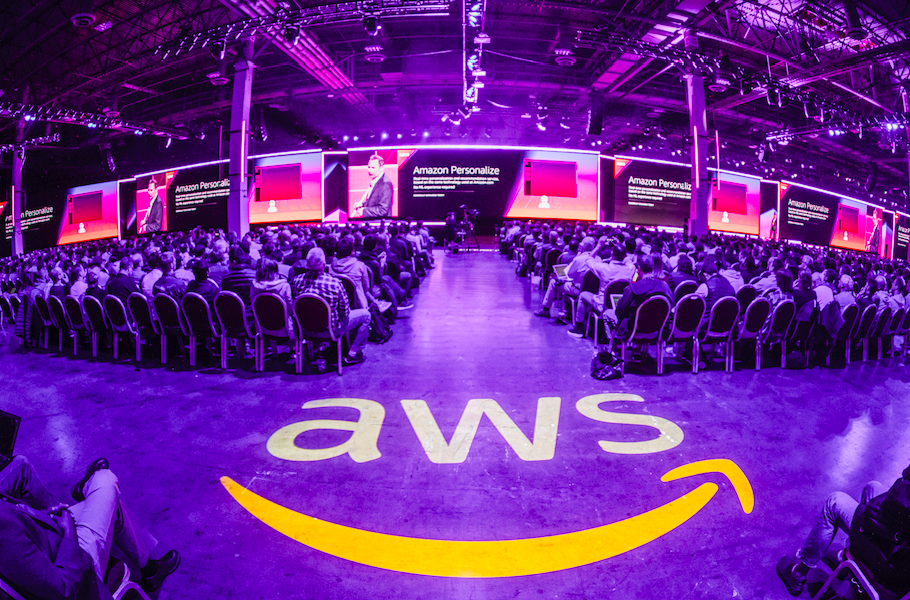 From the bright lights of the exhibitor booths in the expo hall to the new product announcements coming a mile a minute in the keynotes, there’s a lot for attendees to digest at a big international tech conference.

As worldwide head of developer marketing for Amazon Web Services (AWS), one could be forgiven for thinking that re:Invent, the company’s annual conference in Las Vegas, is perhaps the most stressful week of the year for Adam Fitzgerald.

After all, it is effectively his part of his role to communicate to developers and educate them about the wealth of new products and features AWS has announced this week.

But rather than stressful, Fitzgerald said it’s the most wonderful time of the year.

“I promise you, this is actually the most exciting time of the year, because re:Invent is the biggest event we do, where we get all these customers in the same place,” he said.

“It’s like Christmas or Hanukkah, because we get to give them all these things they can open and then go play with.”

There are certainly a lot of toys for people to open and play with once they head home from Las Vegas, where more than 50,000 re:Invent attendees have taken over six venues.

AWS CEO Andy Jassy revealed Ground Station on Tuesday, before taking to the keynote stage on Wednesday morning to make a raft of announcements.

Among the new products are AWS RoboMaker, allowing developers to quickly and easily build robotics applications; Amazon Managed Blockchain, a fully managed service making it easy to create and manage scalable blockchain networks using Hyperledger Fabric and Ethereum; and Amazon Forecast, which puts into the hands of developers the same kind of machine learning technology used at Amazon.com to develop retail forecasts, with no machine learning experience required.

It’s a lot for developers – or anyone – to take in, but despite the job title, Fitzgerald said it’s not really about ‘marketing’ to developers, per se.

This is true for developers across both startup and enterprise.

While some announcements may be of more immediate relevance to developers in one camp rather than the other, Fitzgerald believes they have far more in common than they have dividing them.

”They’re motivated by the same thing in that they want to solve hard problems, they’ve got a distaste for marketing and sales people, and they’ve got a very low frustration threshold for repetitive stuff and want to automate as much as possible,” he said.

“They want to do something interesting with their time, and they trust the things that work rather than the things that are pitched to them, and those things are true regardless of who your employer is. I think you’d be surprised at how much control developers in enterprises actually have over some of their choices.”

This thought was echoed by Yuri Misnik, executive general manager, business enabling technology at National Australia Bank (NAB), who took to the re:Invent stage to present the story of NAB’s tech transformation so far.

The tech team is guided by just a few simple principles, he said: “You build it, you run it. You break it, you fix it.”

One of the key differences between developers in startup and enterprise, however, is technical debt.

A  survey of almost 1,500 developers and tech leaders globally conducted by Nielsen on behalf of Stripe earlier this year saw 66 percent of Australian respondents report their developers are often spending more of their time addressing technical debt than on strategic projects.

”Startup developers generally don’t have decades worth of technical systems that they have to deal with or manage or understand in order to do the next thing, whereas enterprise developers frequently do. An enterprise developer says, I’ve got to build a mobile app, but it’s a mobile app to integrate with the mainframe system that does all of the procurement and billing and so on,” Fitzgerald said.

“They’ve got the same problem, but they have a different class of things that they have to deal with.”

And as they look to tech to help them solve that problem, Fitzgerald said developers are only too happy to let him know when they don’t understand something.

“It’s not about marketing to them, it’s about explaining what it is, and then they’ll decide what they’re going to do with it.”