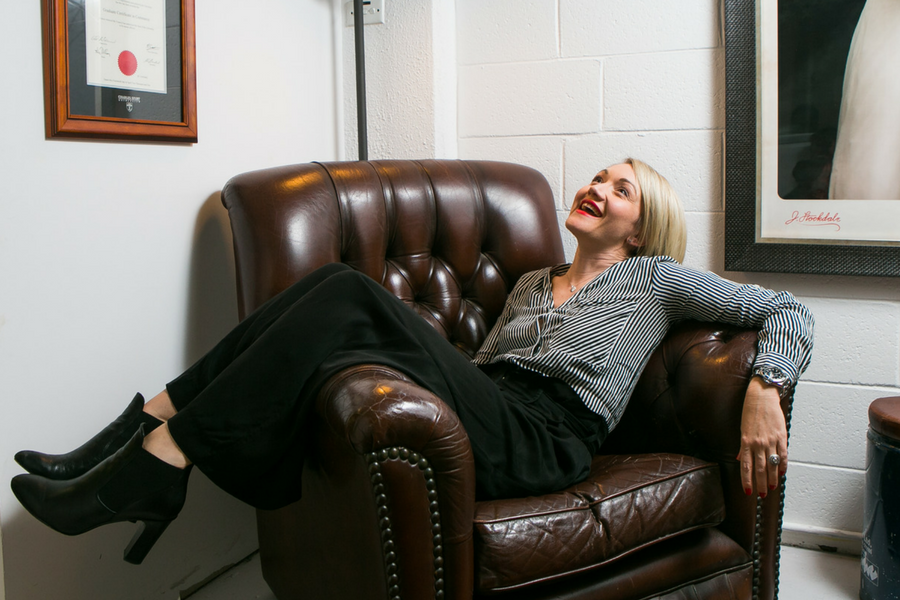 As you may have noticed on your Facebook feed, video is everywhere, and brands are taking notice. According to data from eMarketer, digital video ad spending in the US is predicted to reach US$28 billion by 2020, up from $9.9 billion in 2016.

Launched in December, the idea for the platform was born was born out of Kontented, a content production agency run by Kate Edwards.

Edwards believes the internet is “littered” with either poor-quality short form content – including user-generated content, which Edwards calls “digital litter” – targeting young people, or expensive longform content targeting the traditional television or film consumption markets, with nothing in between.

Through SnackableTV, Edwards wants to fill that gap, giving audiences aged between 13 and 30 access to high quality short form content.

The idea first came from Edwards’ boredom and her frustration around the lack of ROI Kontented could provide to its commercial partners in the content space.

“They literally had to rely on a wing and a prayer that their social audiences would pick up the content, but it was often just buried in YouTube. This meant they were spending thousands of dollars on really good quality content, but no one was seeing it,” she said.

While on maternity leave, Edwards decided something had to change.

“[I thought], if I don’t change the way we do things, we will just end up in the same horrible agency cycle that kills all client/agency relationships, and we aren’t even an agency. We’re the creators; we want to make a great product and have a highly engaged audience to receive the content,” she said.

Edwards told her husband her plans one night when he came home from work, telling him that if they didn’t do it she would be quitting the business – and so SnackableTV was born.

“We focus on episodic content to ensure that the target consumer can still ‘binge watch’, which we know is the key consumption behaviour for young people,” Edwards said.

SnackableTV is looking to commission and license content for its audience across the broad banners of culture, music, gaming, film, podcasts, and style.

So far, Edwards said there are over 350 episodes of content on the platform created by Kontented and other producers, with these amassing over six million views since it launched in December.

To fund the production of this content, the platform will not use “ads, spam, and retargeting”, which Edwards calls  “the shoes following you around the internet effect”, but rather look to help brands produce native content. Getting brands on board shouldn’t be too hard, with Kontented having produced content for the likes of Coca Cola, ANZ, and McCafe.

Edwards pointed Netflix out as SnackableTV’s closest competitor, but admitted the platform likely shares an audience too with other platforms such as YouTube Red and video networks such as Buzzfeed’s.

“For us though, our most relevant point of difference is that we don’t have an opinion. SnackableTV is a platform agnostic of political opinion, gossip, and doesn’t stand for anything. We are simply technology enabling storytellers a platform to find and audience, and for an audience we are a platform where you can find great content,” Edwards explained.

“Unlike Buzzfeed or Vice or even social media, we’re not going to rant and rave. Our shows might, but we as a brand stand completely agnostically of all that fodder and clickbait. We just want to deliver a seamless experience and awesome stories.”

The fact some content will be powered by brands also raises the question of whether SnackableTV can be truly “agnostic”, while bringing viewers to the network and ensuring content doesn’t get lost in the ether won’t be easy; the likes of Buzzfeed, Vice, and Youtube are extremely well-known names that millions of viewers flock to because of specific channels, names, or points of view they house and represent.

Here, Edwards said SnackableTV is looking at different ways to drive audiences to the platform; one method it’s already crossed off the list is engaging influencers, which she said “felt really insincere and was so clunky in its execution, and didn’t deliver results”.

However, SnackableTV has secured a partnership with APN News and Media to broadcast a youth channel on Catch, the company’s in-transit content player.

The startup also last month took a $300,000 loan from the NSW Government through its Jobs for NSW arm to help further its growth, with an eye on launching in the US over the next 12 months.