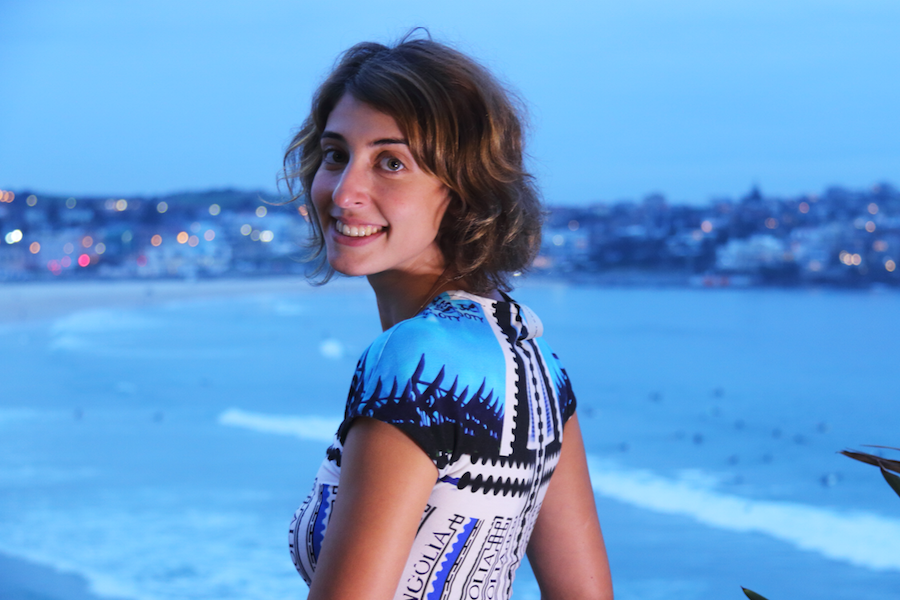 The business of buying and selling second hand clothing has long moved past the humble op shop, with dozens of apps emerging over the last few years to take the process online. The Australian market itself is booming, with Singapore startup Carousell last week becoming the latest to officially launch locally, while Facebook Marketplace is also making its presence known.

Most of these platforms however are operating in the everyday consumer space. Looking to offer a service for high end, designer fashion is Revoir. Launched by Claire Grego and Andrew Wilson, Revoir is more than just a listing service, instead taking the consignment model online to be a store itself.

Sellers can ship their items to Revoir, with the team then working to market and sell the items and send the seller back their cash. Buyers, meanwhile, can rest assured that the items are genuine and in good nick, with Revoir assessing their authenticity.

The idea came to Grego when she arrived in Australia from France four years ago and realised that second hand high end shopping doesn’t quite exist in the way it does in Europe.

“Back in Paris, I was a regular shopper on the likes of Vestiaire Collective, and we don’t really have an equivalent here. So Revoir as an idea began,” she said.

The idea took a back seat until April this year, when Grego and Wilson began thinking about the value proposition and business model needed to succeed in the Australian market rather than copying an overseas model.

“We could see that a direct transplant of their business model here was not right, and we could see that they were evolving as well. We took the best ideas from many overseas examples and then tailored it for the local market, and how we believed premium shopping need to be,” Grego explained.

The core to Revoir’s business is its Premium Service consignment model, with Revoir marketing and selling items for users for a commission. To get started, the cofounders bought almost 500 items of seed stock sourced from second hand auction houses in France, friends, and Facebook groups in order to have a sizeable catalogue upon launch.

Grego explained that while the traditional model of having sellers take a photo and list a product themselves lowers product storage costs, it doesn’t fit with the premium value proposition as it creates unreliability of supply and delivery.

Revoir also offers a Priority Sale service, where it purchases items direct from sellers after they pass the quality control process. Currently available for bags and shoes in top condition, this service sees sellers receive payment within 24 hours of the item arriving and passing inspection.

With the startup handling everything from authentication, photographing, listing, and marketing of items through to delivery, Grego said Revoir removes the hassle for sellers by simply sending them a pre-paid box they fill and then send back, while also offering buyers a secure, premium experience.

“Busy professionals or high wealth individuals, who are typically owners of high end fashion items, don’t have a solution for [reselling] at present…we know that the average Australian woman has 100 items that she doesn’t wear or use. For the most part, these items literally just hang in wardrobes because the owners don’t want to just throw them away, but they also don’t have the time to photograph things and list them on traditional sites,” she explained.

On the buyer side, Greg believes sites like eBay or Gumtree aren’t suited to high end goods.

“One of the things I hate most about shopping second hand was how the products are ultimately delivered to you; it’s a one of a kind designer piece, and the person who purchased it is worthy of more than a rumpled post bag. Our shoppers are still buying high end goods, and the delivery of their purchases needs to reflect that.”

With the authenticity and condition of items crucial to Revoir, the quality control process is something the cofounders have understandably spent much time on. The process is based on four key criteria: that the item is from a great brand; is in great condition; is honestly described, that is the item’s condition must be accurately described and photographed; and is authentic.

All items pass through a physical verification. Items that pass through the initial brand check and quality scan then go through a detailed quality scan, with any wear or defects noted and photographed so a buyer is fully aware before purchase, Grego explained.

An internal authentication team then checks the authenticity of a product. If there is doubt, or the item being assessed is of a particularly high value, a second check is done by an external professional authenticator. If there is still doubt, a check will be done with the manufacturer.

Already, this process has been put through its paces, with Grego saying Revoir receives “far too many fake goods”. As it is, the startup receives around 50 to 60 items in a week it must assess.

“One of our biggest challenges is counterfeit goods. The ability to ensure that we’re only offering genuine goods has been, and still is definitely one of the most time-consuming and problematic part of the business,” Grego said.

“We work with trained authenticators to assess anything that comes to us, but as counterfeit production continues to become more sophisticated, it becomes increasingly difficult to spot a fake. We pride ourselves on our money back guarantee to only sell genuine articles, but there are constant and ongoing challenges in order to do so.”

With product pricing another challenge for the startup, it is working on a web scraping system to build an automated solution, while a more robust marketing strategy is also being developed. As pieces in the Revoir store are one-offs, marketing concentrated on a particular product as it is on a traditional ecommerce store is difficult; to counteract this, the cofounders are working to build up Revoir as a brand and destination itself.

“We actually raised our fees after about three weeks due to the huge demand we were getting to consign product. Even with the increased fees we have not seen demand slack off. There is likely opportunity to raise fees further if we want,” Grego said.

After test launching in August and officially in September, Grego said the startup’s prime focus is on Australian women aged between 25 and 40 in the higher socio-economic sphere.

To push the startup’s growth, the cofounders will be exploring funding opportunities and expansion into new product categories next year, as well as partnerships with similar businesses internationally to form an alliance of sorts.