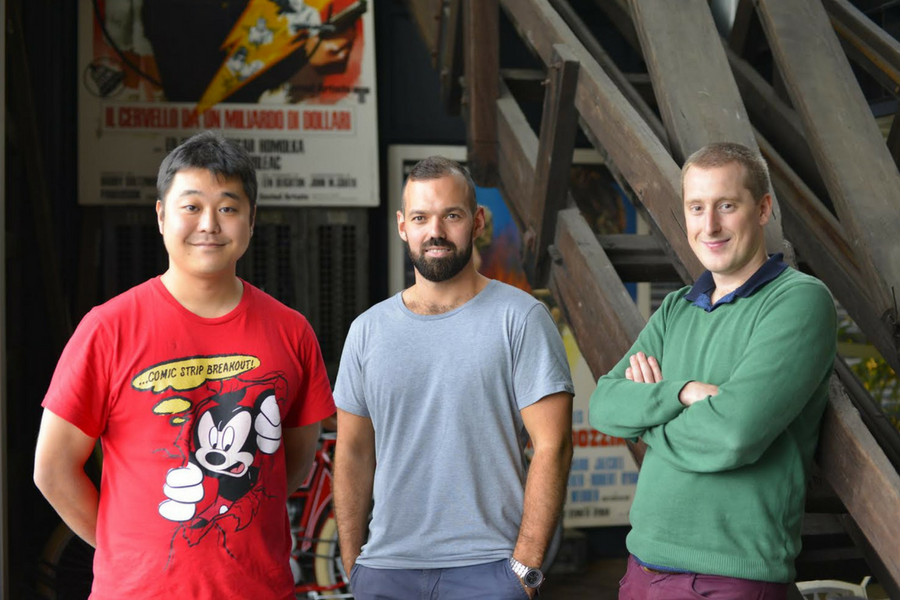 Many a startup idea originates from a deeply emotional personal experience that set a founder on their startup journey, but not so for Sydney-founded startup Pendula.

Sitting within existing systems like Salesforce and subscription management platform Zuora, Pendula enables organisations to send automated two-way communications, such as SMS, email, and post, for operational and financial transactions.

Originally founded by Alex Colvin, now CEO, and Yasuyuki Ogi, now CTO, as Zipline, the idea for the startup was born of an analysis that saw the cofounders sit down to assess a variety of business models and their likelihood of success.

“The intuition is that if business models work on one platform, such as Salesforce, Microsoft, Google, SAP, Oracle, and so on,  then they will likely also work on another if it does not exist there,” Colvin said.

They found a gap in the customer communication management industry, specifically in operation and financial transactional communications, and decided there was an opportunity to produce automated software to fill it.

“Salesforce, the world’s biggest CRM, was identified by the model as a system which lacked any powerful multi-channel communication systems, and we knew that the business opportunity was there. Our main priorities were scalability and global reach, and clearly Salesforce has both in spades. We realised that this must be the case on other platforms too,” Colvin said.

While the idea came out of careful analysis, Colvin admitted he and Ogi were also motivated in their work by personal experience.

“We were sick of being treated like an afterthought by all the companies we deal with as individual customers. Anyone who has spent any time in a call centre queue knows that the world has a customer communication problem,” he said.

Of course, the confidence in the idea and business model didn’t mean the startup was saved any hard work in developing the platform.

“The workload was overwhelming at times. If you are incubating the first version of the product with a small team, then what you really need is an experienced, motivated, and hardworking CTO who doesn’t mind losing a few weekends, or their social life,” Colvin said.

Times have changed, however; from working into the early hours to hack together an MVP, Colvin said, the startup has come to realise it’s the organisational challenges that start to take up the most time as its teams scale. Pendula has, in turn, invested in putting strong processes in place.

“Because it doesn’t feel like a direct revenue generating activity there is a temptation to delay it, but we are reaping the rewards of careful forethought and planning now,” Colvin said.

For a client, the Pendula system works by allowing them to schedule and send messages, whether via email, SMS, or social media, from their existing Salesforce or Zuora system, with Pendula then tracking the customer’s communication history.

With a business having visibility on every conversation they’ve ever had with a customer, Colvin said, the idea is that they are able to provide more tailored and meaningful interactions.

The startup’s target market is, really, any sort of business that might want to communicate regularly with its customers.

“Healthcare has been a particularly good industry for us, given the need for high frequency relatively complex communications. But on top of healthcare we have a presence in financial services, telco, utilities, membership organisations, tech, and travel companies,” Colvin said.

While the startup was always looking forward to the day it would have people knocking on its door to buy the product rather than Pendula having to knock on theirs, with the day now come and gone Colvin said the business is now conscious of not taking on “bad revenue”.

“As a startup there is a temptation to simply take on any revenue that comes your way, but taking on revenue means taking on risk. In enterprise software your customers are to some extent also your partners, and nothing is more important in business than choosing the right partners,” he said.

With customers across Asia, Europe, and the US, the startup officially launched in the US last month at Zuora’s Subscribed conference. It is now on the Zuora marketplace, connecting Pendula with Zuora’s customers.

As it looks ahead, Colvin said the startup is focused on growing its international footprint, while also working on a number of new product developments.