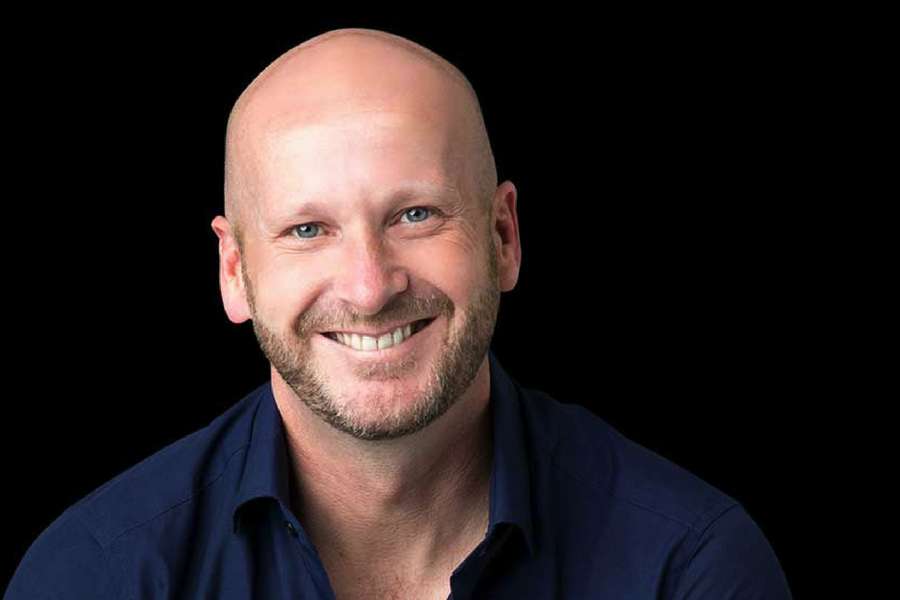 For anyone who has ever despaired at an autoplay video that starts blaring from the top of a news article without seeming to add anything valuable to the experience of consuming and understanding that news, too bad, the ‘pivot to video’ – as MTV News put it a few months ago as it laid off a host of writers in a bid to boost its video output – is well underway and there is no stopping it.

However, Australian startup Oovvuu is adamant that that doesn’t have to be a bad thing and that, in fact, placing the right video in an article can help publishers attract and retain readers.

The platform was launched in 2014 by Ricky Sutton, Greg Moore, and Ross McCreath out of work Sutton and Moore had been doing at the Sydney Morning Herald.

Sutton was working with the paper’s video staff, a team of 22 creating 1,000 videos a month that were being watched by more than half of the Australian population. Despite the fact they were generating tens of millions of video streams, Sutton said, the business was making a loss.

“We thought that the problem we had was a traffic problem, that we needed to drive more traffic to earn more money, but the truth was the commoditization of pre-roll advertising and the falling prices basically meant we could only get the business to break even, we couldn’t get it to profit,” Sutton explained.

Looking to discover whether this problem was unique to Fairfax, Sutton and a few members of the team met with publishers from around the globe to try to find a solution, but instead found they too were facing the same problem: how do you make video profitable?

As Sutton explained, the problem for Fairfax was that its videos had already reached a finite number of viewers, with half the population already watching its videos, and therefore the problem couldn’t be fixed by expanding viewership. Rather, it had to be about changing the types of videos put in front of these viewers.

In turn, the team began to experiment with longform video; this meant that instead of showing a three minute video clip on which it could only show one pre-roll advertisement, it would place a 90 minute documentary from the BBC, for example, on an article, which would allow for multiple ad breaks, like on TV, even allowing for multiple ads per break.

“Instead of one person watching one ad in three minutes of video, one person might watch four ads or eight ads, even, so that would generate more money from that one viewer, and that would enable that video to be profitable. That was the hypothesis,” Sutton explained.

Fairfax decided to give this hypothesis a go, launching a product called SMH TV that it then expanded across its national network; in a time before Netflix had come to Australia, before ABC iView, Sutton said, the Fairfax platform had signed almost 150 rights deals, offering its audience 2,000 titles across 60 genres, all of it ad-funded and in turn available for free.

“We proved the hypothesis; we proved that a quarter of a million people would watch longform video, and that video would be profitable. It ended up being the case that while longform video was perhaps 20 percent of Fairfax’s total video viewing, it was 100 percent of its profitability in video,” Sutton said.

As broadcasters and publishers alike around the world began to ask if the model could go global, and the SMH TV team being offered jobs by other media companies asking them to build a similar platform for them, the idea came to build that global platform, and Oovvuu was born.

Powered by IBM Watson, Oovvuu reads hundreds of thousands of articles daily from global publishers and matches them with relevant video content from broadcasters in a bid to tell the news in “a more informative, immersive, and engaging way”.

The plan when the startup launched, Sutton said, was to effectively service two customers, broadcasters and publishers, according to four fundamental beliefs.

As the company worked this out, a key problem became timing – in the early days, it had staff manually embedding longform videos into articles. Someone working “flat out could” embed about 40 videos a day, Sutton said, which wasn’t enough. This led to finding a tech solution.

“We as Oovvuu created a proprietary technology that worked out which videos were best in which articles, and then each time we put a video in an article, we analysed its performance and then we used that to teach our tech, called Compass, how to make a better recommendation next time,” Sutton explained.

“For example, perhaps a video about the mission to Mars would be popular, but not as popular as one about the mission to Mars with Elon Musk in it, or perhaps SBS’s coverage of the MH 370 disappearance would have a better response from Australia’s viewers than Al Jazeera’s version, for example, but it might be different again in a different country.”

As one might expect, this began to get complicated, particularly when advertising earnings were plugged in. The data was quickly outgrowing Oovvuu’s capacity to make sense of it all, Sutton said, which eventually led to the startup linking up with IBM Watson.

Oovvuu’s broadcaster partnerships have seen it grow a content catalogue worth $200 million, with around 150 new titles added every day, which it distributes to 50 global publishers. This content is given to publishers for free, with Oovvuu implementing a revenue share model on the advertising generated from that content. The startup also charges a SaaS fee for its content recommendation service.

“The fee is set at a point that means any publisher of any decent size, one with more than 200,000 visitors, will end up profitable in their first year of operation. We’ve tried to break down all the barriers, so the outcome of that solution is that the public gets access to a massive vault of videos they’ve never seen before, that they couldn’t get any other way,” Sutton explained.

“Meanwhile, the broadcaster has distribution, with tens of millions of new viewers that it didn’t previously have, the publisher gets access to $200 million worth of videos that it couldn’t afford, and the advertisers know that a BBC video on news.com.au couldn’t possibly be more safe, and it has scale.”

The concept of embedding longform video content into daily news articles is an interesting one; while one might think that a reader quickly getting a news hit doesn’t have the time to watch a long video, Sutton believes the opposite is true.

“My view of the world is that as the world becomes more mobile and it also becomes more video-centric, it’s likely that more news-telling is going to be in video; I don’t think that’s a controversial view,” he said.

“If you’re in an article, and the article is about the post-traumatic stress being suffered by children in Syria, and that story’s just been written by your favourite publisher and a trusted broadcaster like ITV, for example, has made a documentary about that topic on the other side of the world, and you don’t know about it, and you’ve got no way of knowing about it, I think that article and that video should come together.

“I think the person reading the article has pre-qualified their interest in that topic by clicking that article, either in search or on the homepage of that news brand, which means they’re interested in it, and therefore offering them a documentary, whether it’s 40 minutes or 90 minutes, basically enables them to get more information about a topic that they’ve just shown they’re interested in.”

Ooovvuu’s statistics show a video published in a news media article on a topic that’s “contextually relevant” will have an average viewing duration of 11 minutes.

“If an average news page for an article with words and pictures has an average duration of one minute and a few seconds perhaps, that’s a pretty comprehensive change, and if somebody is investing 11 minutes of their time between 9 to 5, Monday through Friday, to watch a video in an article, then I think that tells you they’re engaged in the content,” Sutton said.

With the knowledge that audiences will watch longform content, Sutton said the startup is focused on ensuring the content is acquires is the kind of content viewers want to watch.

“We read every single major publisher in 143 different countries. We’ve got a pretty take on the zeitgeist of the world now, which basically means it’s about, what are the stories making the most money in the world right now, which ones are trending?” he said.

“You know something about Donald Trump is being read all over the place, but where does global warming rate, where does coral bleaching rate, where does the financial position on a central African state relate, and how do you make sure that when those stories are being published in multiple diverse places we can actually tell it in greater detail?”

Beyond this, Oovvuu is also looking to address a couple of key problems that relate to its service.

One is around the way video content is monetised. In Sutton’s view, the model of buying ad space from a publisher is fading, and programmatic – essentially, using software to purchase digital advertising – “isn’t taking up the slack”, Sutton said.

Another problem focuses around distribution, with Oovvuu planning to expand beyond publishers to look to other platforms with any sort of audience, from a chat app to a university or doctor’s surgery.

“If we’re going to do our job and get the world’s best video to all the world’s most interested people, then we need to distribute beyond just publishers. Publishers give us access to about 1 billion people today, but we need to extend towards others,” Sutton said.

The biggest challenge of all, but the one Sutton said he is particularly passionate about, will be to “repatriate billions of dollars from Google and Facebook, and give it back to the publishers and broadcasters who make the content”.

He explained, “We believe it’s absolutely critical for a sustainable content economy for the money to go back to the people who are investing in making the content. As we build out scale and brand safety at scale, I think we can start to bring that money back to the people that probably most deserve it, so we can make sure that when the next major news event occurs, it’s being appropriately and sensibly covered by people who are experts at it.”