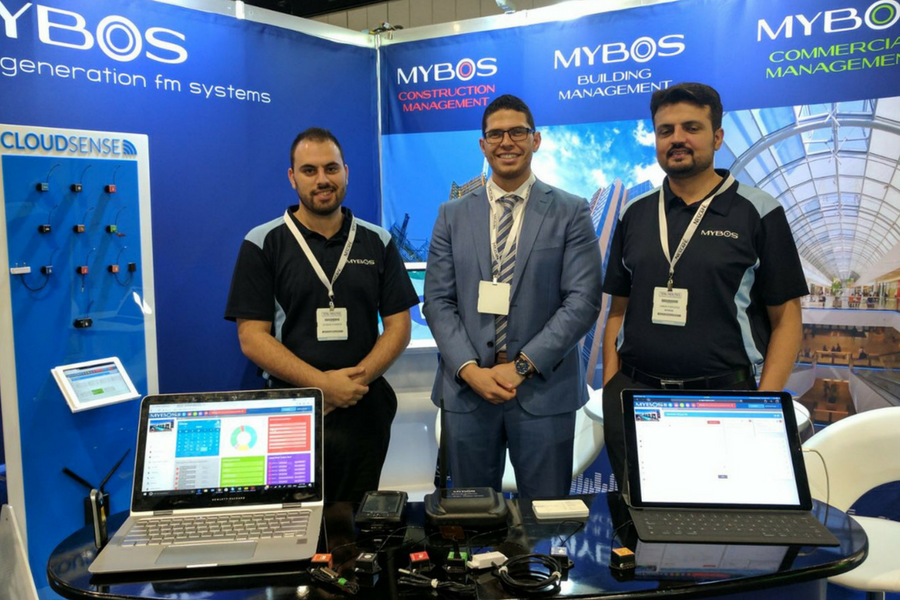 According to a report released earlier this year by AEC Group, the property industry is Australia’s biggest employer. With over 1.4 million people working in the industry, in spaces as diverse as construction to building management, the industry has overtaken the healthcare and social assistance sectors.

With the growth of the industry have come new tools to help people do their jobs better. One such tool is MYBOS, founded by former building manager Sam Khalef after he grew tired of dealing with the problems of the mix of systems he was having to use.

“A building without a good facility management system incurs more costs due to money and time wasted because of inefficiencies, not to mention the loss in property value caused by residents’ dissatisfaction with services,” Khalef said.

“The building manager is consumed by addressing untimely issues instead of finding ways to better manage the building and keep the residents and owners happy.”

MYBOS looks to be the solution, a facility management system designed to make the life of a building manager easier by integrating tenants, occupants, contractors, and management in one platform.

Khalef came up with the idea for the platform back in 2011, when he began using software that had been retrofitted to existing programs rather than specifically tailored to the facilities management space.

“I realised that the existing software didn’t provide necessary features and was also lacking in usability and maintainability,” he said.

After consulting with various stakeholders, he began working on the idea and founded MYBOS in 2012.

Initial development was funded with $20,000 in Khalef’s savings, with MYBOS engaging offshore developers. Khalef soon made the decision to leave his job and go door knocking to conduct product demos, and convinced a friend to come on board to help with development.

“After some persuasion, the product was first deployed at a Sydney building for free demonstration. Within six months of successful operations, more revenue started turning in and since then, MYBOS has remained self-funded,” Khalef said.

Despite the time spent door knocking, Khalef said the most difficult challenge he faced was “achieving a simple yet powerful design”.

“We have been able to manage it by working closely with a select group of test users from some of the most demanding and reputable building managers in the facilities management industry,” he said.

“Their feedback is regularly fed into the design process, which provides a great indicator of customer response.”

Residents can use MYBOS to alert management of repair and maintenance needs immediately, with the platform enabling them to attach photos of the issue. They are also able to access building-related documents and notifications, Khalef explained, and can be notified of any news or urgent situations through SMS and email broadcasts.

Body corporates, meanwhile, are given complete transparency over the building and its function, while Khalef believes MYBOS can also help them save money.

“The system improves the management efficiency, and the overall building remains in a better condition than without the system. With a healthier building and happier residents, the value of the property also increases over time,” he said.

Of course, a building manager can use the platform to do a variety of things, from posting and tracking jobs and work orders to managing inspections, and managing the likes of keys, parcels, and visitors.

The startup has also recently launched wireless sensors for remote monitoring of performance and security of building assets such as boilers and fans, to assist in early detection of issues, and it set to launch a kiosk system to proactively engage residents in using the system.

With Khalef having worked as a building manager, he said targeting managers directly was “not very difficult”. He started door knocking and found a couple of building management companies who decided to give the system some thought.

The startup is also targeting strata managers, not its primary users, Khalef said, but an important gateway to building managers.

“To strengthen product appeal for strata managers, we promoted the communication aspects of our platform for high rise buildings including broadcasting notices and messages as well as the ability to schedule meetings and appointments,” he explained.

MYBOS is also targeting developers, looking to roll out co-branded versions of the platform to ensure that the developer’s brand “remains alive with the building even after the settlement process is completed”.

With the startup now serving more than 1,000 properties across Australia, New Zealand, the United Arab Emirates, and Canada, Khalef said further expansion across Asia, Europe, and the UAE is on the agenda.