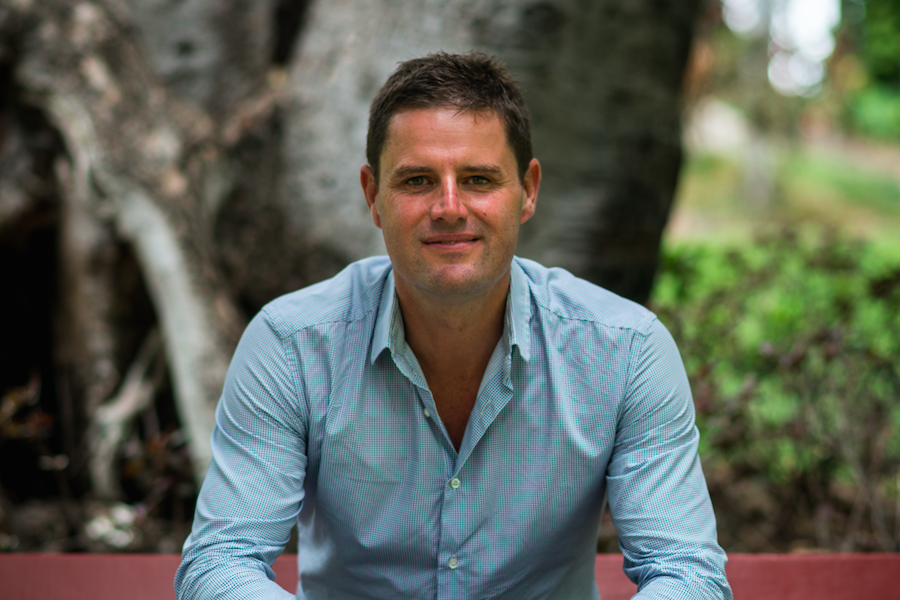 Haggling, negotiating…whatever you want to call it, persuading a retailer to give you a better price on an item is an art practiced by some only at market stalls and by others in high end department stores. This art has been lost online, as shoppers have no way to connect with a retailer to get a discount.

Of course, a startup is coming up with a solution, with Sydney’s I’ll Pay essentially allowing shoppers to haggle online. Rather than bookmarking items and coming back to check whether they’re on sale, or waiting for discount codes to appear in your inbox, I’ll Pay enables shoppers to negotiate with retailers by having them make an offer on an item through a Google Chrome plugin. The retailer can either accept or reject it, with a rejection then having the I’ll Pay system seek out the retailer’s competitors to find one who will accept the offer.

While one might think that the idea may have come to founder Darren Hill through his experiences as a consumer, he said I’ll Pay was actually born from his time as a retailer.

“We were losing sales online because of price. Competitor stores were selling below recommended retail price and there was no way of communicating with the shopper or vice versa. We wanted the opportunity to match or negotiate with our shoppers when needed,” he explained.

“We didn’t want to be discounting our entire store all the time because that’s not how you make money, but every now and then no matter what business you’re in, you can have a bad week or a bad month and discounting a few sales here and there or pricing matching with competitors can help with cash flow. It’s all about taking the shoppers’ money when they’re ready to buy, otherwise they will spend it somewhere else.”

Hill began working on the idea three years ago, talking to retailers and shoppers alike to look at how to go about building I’ll Pay. The first test platform built was rolled out to a number of retailers, with the startup initially focused on signing up retailers and then integrating I’ll Pay with the store’s back end. 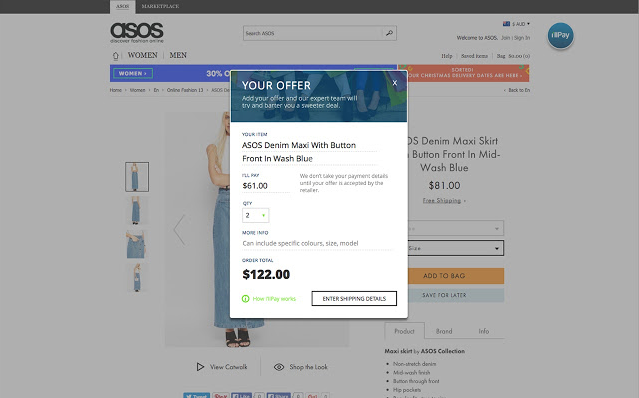 While take up was high from the retailers, Hill said that consumers were interested in the concept but not necessarily in any products at the stores the system was being tested on. At that point, the startup flipped its focus, building the Chrome extension that allows shoppers to make offers on products at any store, putting the power back into their hands.

The extension works by simply having the consumer do their online window shopping as they usually would. If they see a product they want to buy and think they should be able to get it cheaper, they can make an offer.

Retailers signed up to I’ll Pay will receive an automated alert if an offer is made, which they can then accept or reject. If not signed up, the I’ll Pay team will contact them directly to get the deal done. If the retailer says no to the deal, the I’ll Pay system will track down their competitors and look to negotiate with them instead.

“Eighty percent of all offers to date have been filled at a price even lower than the advertised price, either through the original store that the offer was made through or a competitor,” Hill said.

I’ll Pay is experimenting with a number of monetisation model, with the most successful so far taking a cut of the money saved for the consumer.

“This way it’s a win win for everyone. The retailer is moving stock but has no additional costs other than the price agreed, the shopper gets the best deal sourced, and we collect revenue,” Hill said.

Hill knows that competition is everywhere, with “someone walking into a store to negotiate directly a competitor.” However, the value of the global ecommerce market is also huge at over US$1 trillion and even the smallest slice of the pie is a significant chunk of change.

“We just need to make sure that we keep on doing it better, finding the best deals and ensure it is easy for shoppers and stores,” Hill said.

The development of I’ll Pay was self funded by Hill until he partnered with BlueChilli a month ago. Looking ahead, Hill said he is focused on scaling the system to meet demand as I’ll Pay ramps up its customer acquisition activities.

Previous article Sydney startup AppealMe wants to be the fastest way to appeal parking fines
Next article TechSydney: it’s about fixing Sydney, not challenging ‘your city’
Via Advice
Tags