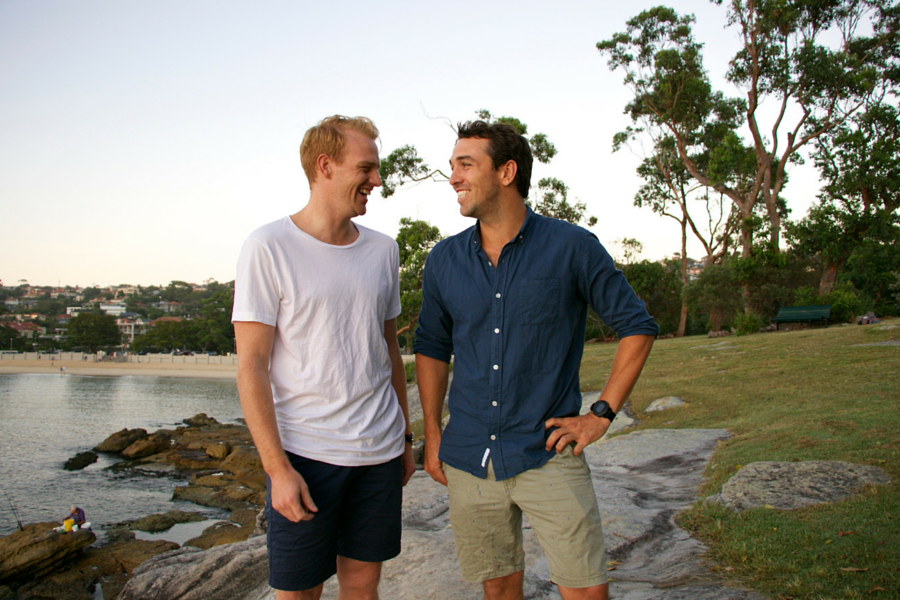 With most people in Australia working a Monday to Friday week, truly taking advantage of the weekend is a rare occasion. Thanks to Friday night drinks and Saturday Netflix catchups, those crucial two days we have off every week are mostly enjoyed inside, and with a hangover.

Short weekend trips away help to relax and forget about Sydney’s constant rat race. A half hour drive out of the city takes you to off road retreats, perfect for short camping holidays. But since these holidays are few and far between, buying and finding the right equipment is quite a hassle and costly for a one-off adventure.

Sydney startup CampNow wants to take the inconvenience out of buying and renting camping gear by hiring and delivering equipment straight to your door. Depending on the type of adventure campers seek, CampNow offers four ‘everything you need’ packages, meaning no storage, cleaning, time or money is wasted on equipment most of us would only use twice a year.

“CampNow was created with the intention of making the outdoors more accessible to those who do not have all the equipment. We want to help people explore this amazing country that is often taken for granted,” said Daniel Courtnall, cofounder of CampNow.

As a non frequent camper Courtnall wanted to experience the great outdoors but didn’t want to beg, borrow and steal from his friends, which is a usual default of one time campers. Because of this mentality, camping is usually placed in the too hard basket, and those short trips away aren’t taken advantage of. Courtnall approached his school friend and frequent camper Nick Longworth and together they came up with a hire and delivery solution for one-off campers.

CampNow has a four step process for campers who want to rent equipment for two to seven night stays. Campers choose their package, select the number of nights stay, fill out their address and order for delivery or pick-up.

The packages come in four separate categories including The Hiker, Festival, Want More, and Take the Kids. For the solo adventurer, packages start from $120 and can be delivered to the customer’s door for free within a 10km radius from the Sydney suburbs of Newport or Bondi. Some outer city regions only have a pick-up option or an extra fee for delivery.

For the amateur camper, knowing exactly what equipment you need takes some research, but with CampNow all the essentials are included in each package. For example festival goers who decide to camp on site can rent a tent, queen mattress, two chairs, table, esky, tarpaulin, headlamps, and first aid kit all from $130.

This is an easy and convenient option for those one-offs, however targeting this consumer market relies heavily on a high amount of new users. People who consistently camp would find it cheaper to buy their own equipment, and people who don’t camp regularly would only use CampNow’s service a few times a year at best.

Courtnall acknowledges that his customer base of ‘non-campers’ has been one of the biggest challenges for the startup.

“Marketing is also a challenge for us, our customers are ‘non-campers’ – how do we get them excited about camping is a hard question,” he said. “Price point and defining our packages for the specific targets markets is something we continually update.”

Many other rental companies like Sydney Camping Hire and All Camping Hire target these one-off users, however their high price points and small adventurer packages perhaps make CampNow a more affordable option. While competing with these rental companies, CampNow is also in the same market as tour companies who offer equipment and Airbnb and Hotels who take away potential customers.

According to the Caravan Industry Association of WA, in 2014 caravan and camping holidays had declined by 10 percent since 2008. Associate chief executive Simon Glossop believed this was due to cheaper travel to overseas destinations like Asia. More recently the popularity of Airbnb’s service is also chipping away at the already small pool of campers. By targeting such a small market it will be interesting to see how CampNow’s services attract potential travellers and also profit from the non-peak seasons.

To build up its community of campers CampNow is looking into marketing options like prizes, discounts for festival goers, and travel options and advice.

Since launch in January this year, CampNow has received a positive response from their customers and the team is now thinking of marketing strategies for next summer and the next wave of festival goers. With festivals like Groovin the Moo attracting 20,000 people on sell out, targeting special occasions like these could turn to be highly profitable.

The festival package is appealing for two-four day festival campouts. Courtnall also added that the startup is looking at forming strategic partnerships with food and drink providers to enhance its name and target the younger community. With most festivals held across the eastern coastline CampNow is considering Melbourne for the next stage of expansion.