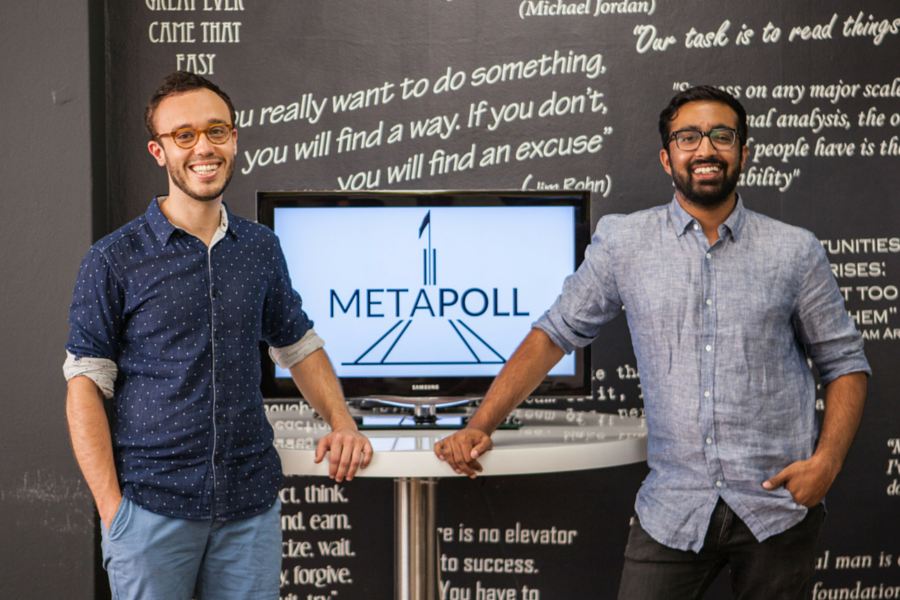 Over the course of the 18 months I worked at Newspoll, the market research organisation behind The Australian newspaper’s fortnightly political opinion poll, I saw three different Prime Ministers in office, with those very opinion polls I was helping to conduct leading to the demise of two of them. But while opinion polls have developed an extraordinary power in Australian politics, their accuracy is questionable.

Determined to make sure that inaccurate polls don’t dominate – and influence – another election cycle, Sydney pair Osman Faruqi and Matt Schiller are gearing up to launch Metapoll, a platform that looks to measure just how accurate all the polling data out there is, and help Australians make sense of it. But most importantly, Faruqi said, Metapoll aims to be “the most accurate predictor of this year’s federal election” through its own poll. No easy feat.

The idea for the startup was inspired in part by FiveThirtyEight, the polling analysis and forecasting blog written by Nate Silver for the New York Times before it was acquired and spun out into its own publication by ESPN in 2014. Silver was famously the most accurate pundit throughout the 2012 US Presidential election, with his blog generating millions of pageviews for the Times as readers sought a better understanding of what was going on.

Metapoll will be looking to do something similar, with tech cofounder Schiller developing algorithms that will weigh publically available polling data against accuracy in previous election campaigns to reduce the margin of error. The startup will also pit these results against real-time betting odds for an extra layer of data, with this complementing Metapoll’s own opinion poll. All of these numbers will then be analysed by writers who will explain what it all actually means.

Schiller, who worked as a consultant at McKinsey and also cofounded GownTown, first began working on the platform last year before bringing on Faruqi. With Faruqi having an extensive background in politics, running for the seat of Heffron in the 2015 NSW state election and working as a Greens staffer for much of last year, he was able to sit down with Schiller and determine where existing polls are going wrong.

“I know what the problems are with the client system, both from the perspective of how opinion polls impact the wider debate and how inaccurate they are, but also working closely with research firms and understanding the limitations of what they can do,” he said.

Market research organisations conduct polls in various ways, from human-operated calls to robocalls and online panels. Though polls conducted through online panels were the most accurate in the last US Presidential election, Australian research organisations haven’t had the same success with the method. However, Faruqi believes Metapoll has been able to figure out the flaws in these polls and create a better model which it will use to conduct its own.

While the accuracy of polls is a key issue, another is the amount of airtime they’re given by the media and the quality of the media’s analysis.

“Over the last decade we’ve lost more Prime Ministers to opinion polls than we have to the ballot box, but when most people look at them they don’t look past the front page of The Australian, where the Newspoll result is splashed,” Faruqi said.

And that’s where Metapoll’s content platform comes in. Faruqi said that while numbers, analysis, and politics itself can often be dry and boring, elections – and in particular, the question of who will win an election – has a massive impact, and people care.

“There’s a lot of talk that young people are apathetic and don’t really care about politics, but my feeling is that all Generation Y millennials really do care about issues such as climate change, marriage equality, all sorts of stuff. It’s just that when they look at politics they’re not really inspired,” he said.

“What we want to do is present content that is engaging, and write in a way that actually interests people, specifically that audience, as they’re the younger generation who have a lot of power and influence but for whatever reason don’t really feel that they can have a say.”

Cynical baby boomers – and established media organisations – may scoff, but Buzzfeed Australia has grown a highly engaged community of millennials interested Australian politics, showing there’s a market for such content. The growth of FiveThirtyEight too also shows that people are hungry for extensive analysis of the numbers.

As well as advertising on the Metapoll platform, Faruqi said he and Schiller are looking at a few different avenues for monetisation. Given the local media’s obsession with opinion polls, partnering with a media organisation to give them exclusive access to Metapoll’s results is maybe the most obvious avenue for monetisation for the polling side of the business.

With the date of the federal election yet to be called, Faruqi and Schiller hope to launch Metapoll in early March and build up momentum in the lead up to the vote. In a sense, the election will act as a test, with the pair hoping that when the winner is announced, Metapoll will have been able to prove that its algorithms and model work and roll it out for state elections and internationally.

“There are referendums, federal elections, and things happening everywhere and we think that our model is really easily replicable in those markets,” Faruqi said.

Having self funded Metapoll’s development thus far, the cofounders are on the lookout for potential investors to help them recruit writers to begin working on content.