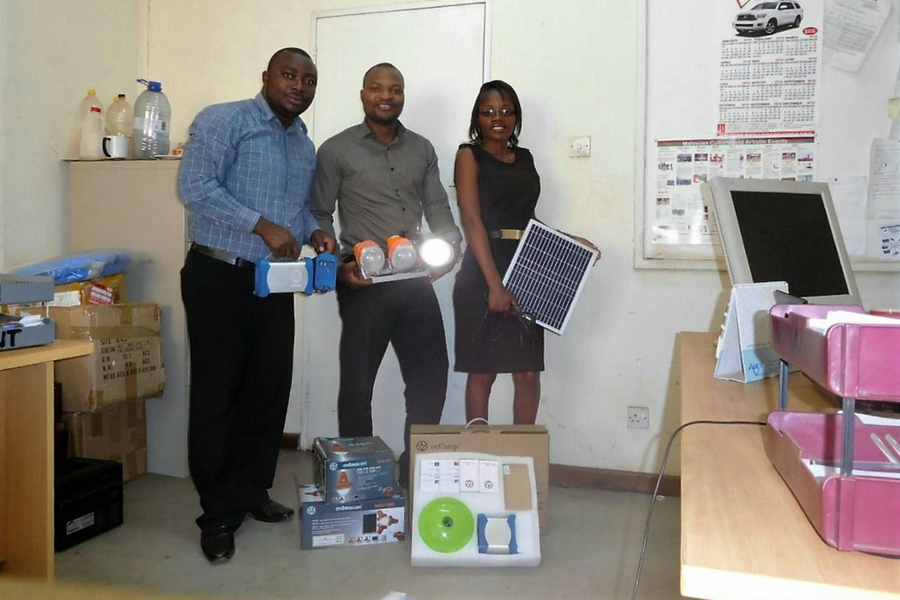 Malawi is one of the poorest nations in the world and among many challenges it is faced with the issue of energy poverty. According to the World Bank, only nine percent of Malawi’s 16 million population has access to grid-based electricity. Within regional population this figure drops down to a mere two percent.

As the sun sets, majority of households in Malawi are thrown into darkness, using kerosene lamps and candles for light. It’s as if Malawi is still in the medieval era, with many towns still not powered by electricity.

Using poor quality energy sources are often dangerous and greatly limit the hours in the day a household or business can be productive. The 2015 Economist report reveals that for those households using higher energy sources, approximately 16 percent of their annual income is used to pay for them, and while providing more energy than candles the quality is still low.

Sydney non-profit Empower Projects is working with a Malawi-based social enterprise called Zuwa Energy to bring affordable solar energy of the 21st century into Malawi households. Zuwa is using a Pay-As-You-Go (PAYG) solar household system to eliminate the financial barrier many people in Malawi face when it comes to solar energy.

The payment system allows customers to pay for high-quality systems through incremental monthly payments. This is the first time such technology will be made available to residents in Malawi. The PAYG technology allows Zuwa to track repayments on each system that is sold and a unit automatically switches off when a customer fails to adhere to the agreed payment plan. For customers that wish to reactivate the system it is a simple process of making a payment and entering a unique code into Zuwa’s battery hub.

“Most current offerings in Malawi are focused on lighting solutions whereas our systems will allow customers a much greater range of power and functionality. Powering multiple LED lights, charging multiple mobile phones and even powering small appliances like pumps, laptops and televisions. This opens up a range of social and economic possibilities for Malawians,” said cofounder of Zuwa, Jones Ntaukira.

Zuwa has partnered with local software platform Angaza to incorporate its PAYG technology into its solar systems. The solar products offered by Zuwa will only require between a 20 to 25 percent deposit of the total cost, allowing customers to pay for their system over a 20 month period.

“By partnering with a local network provider, we are able to accept payment via mobile money in addition to cash, allowing us to offer greater convenience to our customers. Our units also turn off when there’s non-payment and turn back on upon receiving payment. This level of automation means that our operations are more efficient and less labour intensive,” explained cofounder of Zuwa Energy and executive director of Empower Projects, Shanil Samarakoon.

“For instance, these systems could be used by farmers to improve irrigation, by entrepreneurs to boost productivity or even by schools to improve educational outcomes,” he added.

Zuwa is still in its early stages of business and looks to deploy its product to customers next month. Empower Projects has recently launched a crowdfunding campaign to aid the deployment of Zuwa’s first batch of solar household systems.

Since 2010, Empower Projects has been working in Malawi to focus on developing experiences and projects across different contexts. To date the non-profit has helped a total of 78 villages in their efforts towards self-reliance.

On his experience with working in Malawi, Samarakoon said it had been particularly challenging to combat the lack of incentives for solar businesses. “For instance players in the solar industry are lobbying for VAT (Value Added Tax) exemptions that could make our products more affordable to the masses. As such financial viability is and will understandably continue to be a core challenge.”

To maintain strong cash flow, Zuwa requires a strong sales volume, and as such Samarakoon hopes its pilot can help the startup make a compelling case to financiers to help scale inventory.

“That being said, we have a passionate and talented local team, we are excited about this new journey we are on together! We are strong advocates for renewable energy and are firmly committed to Zuwa’s mission to provide Malawians with affordable access to high quality solar,” said Samarakoon.

So far Zuwa has raised just over $20,000 from a mix of contributions from the board of Empower Projects, donors and its crowdfunding campaign. As Zuwa is a relatively new venture the cofounders have decided to launch a pilot to test the model before looking at large scale grants to expand its operations.