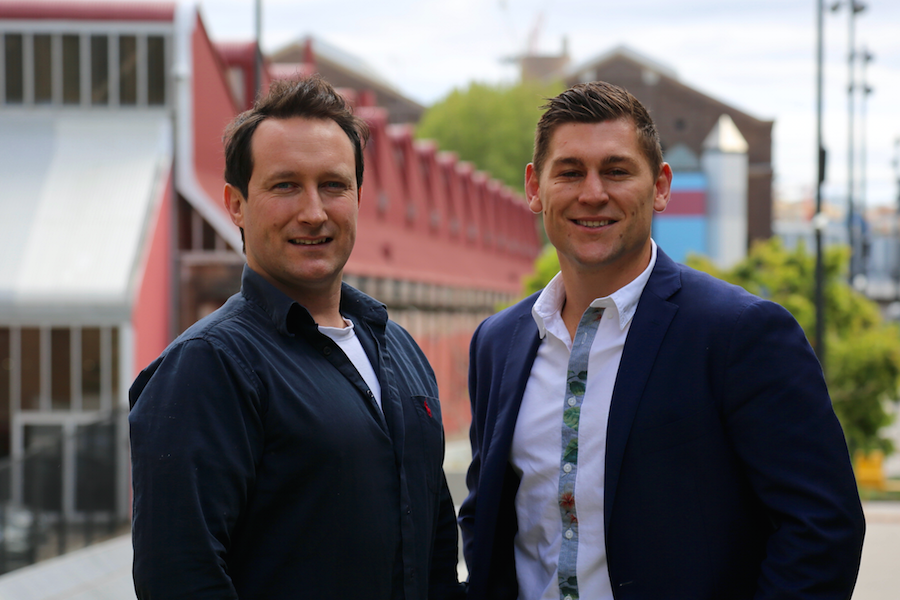 For members of the public interacting with most organisations in charge of a service, the process of reporting a problem and seeing it fixed can take weeks, if not months. Want to get the street light outside your house fixed? Good luck getting your local council to send someone down the same day – or month.

Aiming to close the communication gap and get things done faster is Fixit. Founded by Sydney firefighters Sebastian Jacobs and Matt Waugh, the app looks to help users communicate problems to authorities – whether it’s citizens reporting issues to their local council, or staff reporting a malfunctioning printer to IT – to get them fixed.

Waugh describes Fixit as an enterprise software and smartphone app combo that looks to connect all the right people on the one platform so they can communicate freely through chat, image sharing, and status updates until an issue is resolved.

Aimed at everyone from local councils to gyms, property managers, service providers and cafes, the app wants to help problems get fixed quickly by allowing someone who has noticed or is being affected by the issue to get in contact with the person who can fix it, or have a relevant community ‘crowdfix’ the problem.

For the cofounders, Waugh said the journey into tech entrepreneurship hasn’t been too far a departure from the world of firefighting.

“Seb and myself are excited by the ever-changing world of consumer technology and are intrinsically motivated to simplify existing systems. We are motivated to introduce transparency into this space so users feel acknowledged when they report something that is important to them,” Waugh explained.

“For us, Fixit fits perfectly in the centre of this nebula. The transition for us from our firefighting careers was seamless.”

The app has gone through a couple of iterations, first starting out as a simple email composition tool that the cofounders agreed they weren’t proud of.

Entering the Hatchery+ incubator program at the University of Technology Sydney earlier this year, they focused on developing a solid MVP, an app enabling account administrators to establish a tailored reporting structure that ensures problems are solved as quickly as possible.

Once an account administrator sets up an account, they then add the steps that their users will tap through to report a problem they see. A step can include a location or locations, an inventory number capture, and recipients.

“Once created, the reporting user can drill down to identify the problem, adding any inventory or location information as they go. Once at the problem they can view solutions and if necessary, submit the report,” Waug explained.

“Other users with an interest in the outcome can follow and ‘crowdfix’ the problem by contributing ideas or just showing the recipient that they’d appreciate the issue solved. We compare our offering to that of an iceberg, being that the large capability exists below the surface and the simplistic tip is what the user sees in the process of reporting the problem.”

Fixit will work through a subscription fee for account managers, with prices starting at $5 a month for a basic self serve account, while $50 a month will grant them access to extra features. For clients such as property and asset managers, a Pro account will allow them to set up and individually oversee various sub-entities, for example.

The underlying concept of Fixit isn’t new, with a couple of other services existing in this space. However, Waugh believes that Fixit offers extensive capabilities not provided by competitors.

“The apps that exist in this space are specific to the recipient and are essentially email composition tools that capture free text and send it to a generic inbox and are then further managed. The specificity means that users need to download multiple apps and become accustomed to their operation, when really they’re just sending an email,” Waugh explained.

Fixit, meanwhile, sends a problem to a listed recipient directly. If not listed, the Fixit team will look to ensure the correct recipient is added to the report; once a report is created, all users will remain in the loop until it’s marked as solved.

The startup is currently targeting the property management space, looking at both agents and tenants to help close the communication gaps between them, as well as organisations including public transport providers, local government, and public places like zoos and theme parks.

Through the Hatchery+ program, Waugh and Jacobs have been holding talks with UTS about integrating Fixit into the university’s systems.

If it is taken on, Fixit will become just the latest Hatchery+ startup to nab a deal with the university, with UTS Careers having signed on to use fellow program grad Presumi; Waugh said it’s pleasing to see the university backing up its preaching about innovation.

The startup is also in talks with the City of Sydney to have the Council adopt the app.

Having put their own money into the startup before raising some seed funding from private investors, Waugh said he and Jacobs are putting the feelers out for a raise next year in order to help them continue building out the app, with a rewards program in the works to encourage users to report more issues.