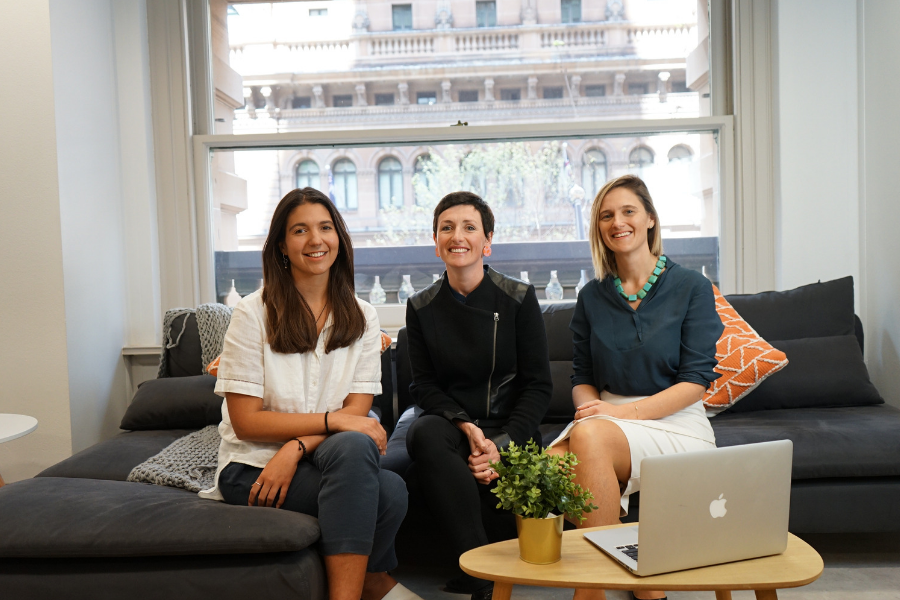 Australia’s superannuation industry could be set for a shake up following the release of the Productivity Commission’s report into the system this week.

Among the recommendations put forward was making life insurance opt-in for members under 25, and eliminating underperforming funds.

It remains to be seen which recommendations are adopted, in what format and when, but in the meantime, recently launched fund Verve Super is looking to get women on board and thinking about their finances.

It’s one of the latest to launch following the spate of super startups that launched in 2016 and 2017. Where the likes of Spaceship, Zuper, and GROW Super focus broadly on millennials and investing in tech, however, Verve is a women-only fund focused on closing the gap between men and women’s super: women currently retire with an average of 47 percent less super than men.

It’s the brainchild of Christina Hobbs, who has worked as a management consultant at Deloitte, with the UN as a humanitarian and financial inclusion expert, and is a board director of ethical super fund Super Fund; Zoe Lamont, founder of financial literacy organisation 10 Thousand Girl; and Alex Andrews, who has a background in gender equality campaigning and financial services member advocacy.

Their mission is straightforward.

“Women in Australia are retiring with half the savings of men, and we believe it’s time for a fund that is dedicated to closing this gap,” Hobbs said.

It’s a worthy mission, but of course, the big question is how?

Each of Verve’s services are tailored to women, to help them build wealth, Hobbs explained: the fund offers free online financial coaching and advice, events, and webinars, fee pauses for members on parental leave, and promises to invest funds only in organisations that help women in some way.

“Over time we also believe that there is space for an organisation to focus a lot more attention on advocating for changes to national legislation to encourage gender equality,” Hobbs said.

The push to create Verve came from the team’s experience over their careers working to build the financial power of women.

“We know that women are less engaged with the traditional financial services sector, have less knowledge when it comes to investing, and also feel more overwhelmed by money issues. We believe that a superannuation fund is a unique opportunity to partner with women for life, to help women build wealth for the the long term,” Hobbs explained.

“At the same time a superannuation fund is in a unique position as a shareholder to advocate for changes to companies. As an example, we take a stance against investing in companies with no women on the board.”

Beyond the regulatory hurdles Verve had to overcome in order to launch, Hobbs said a key challenge was ensuring that a community of women could feel ownership over what was being built, and ensuring that they were building something based on what a broad group of women actually want.

In turn, the team ran a national survey and had in-depth discussions with a range of women “so the idea for Verve was strengthened by the voices of hundreds and hundreds of women”, Hobbs said.

At its core, Verve focuses on financial education and investing in industries and companies that, Hobbs explained, “are doing the right thing by women and the world we want”.

The team consolidated research on the industries and corporate behaviours Australian women consider unethical to then find the companies that fit the bill. For example, the fund will invest in the likes of renewable energy, healthcare, and healthy food production, but pass on gambling, tobacco, and fossil fuels.

Meanwhile, with her background in financial education and coaching, Lamont has led the development of Verve’s coaching materials, and is online each week to answer money questions from members.

Beyond simply targeting the very broad category of ‘women’, the fund is targeting those who want some free coaching, support, or access to events to help them learn how to manage their money better, and those who are excited by the idea of their money helping other women.

According to Hobbs, the team was overwhelmed with enquiries a day after its launch last month.

“By 9.20am we were forced to buy a new phone to manage all of the calls. Overwhelmingly, women understand why this business needs to exist and they’re not only asking how they can join, but they’re asking how they can help to make Verve great for women,” she said.

Of course, there’s no shortage of super funds out there for consumers to choose from (or if not choose from, just simply open whenever they start a new job) however Hobbs believes Verve has no true competitors – and that’s the problem.

“If financial services companies were doing a great job of serving women, there wouldn’t be such a great need for Verve,” she said.

“We are the only fund that is dedicating 100 percent of its resources to serving women. That means all of our financial coaching and education materials can be 100 percent focused on women, no other fund is doing this. We are also the first fund in Australia to rule out investing in companies that won’t put a woman on their board.”

Of course, Hobbs admitted there are a “handful” of industry funds that have been doing important advocacy work for women, and she hopes to work collaboratively with them to further this work.

It will be interesting to see how the super industry shake up impacts the likes of Verve through 2019 and onwards, but whatever happens, Hobbs said the team is focused on building a community of women who support each other to reach their life and money goals.

“We’d love a community of active and engaged members who are keen to build this fund with us from the ground up. We’d also love for thousands of women to be learning about money through our financial coaching materials.”