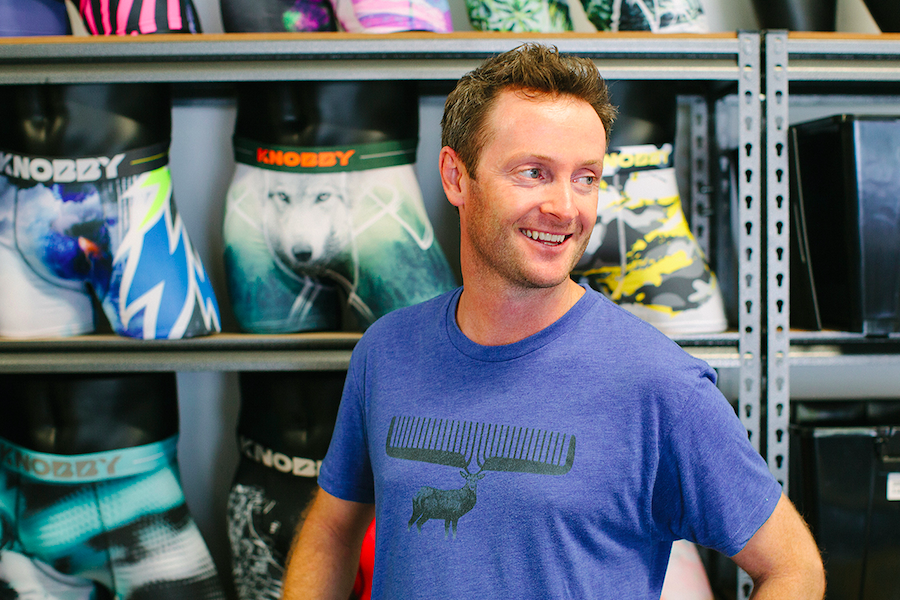 For some, buying everyday underwear is a chore that is easily forgotten until they’re down to their last, threadbare pair that has somehow managed to hold on through the years of washing.

Looking to take the mundane out of buying new underwear is Queensland startup Knobby Underwear, a monthly subscription service delivering a new, colourful piece of underwear to the consumer’s door each month.

Founder Rob Rand said he had long had a “quiet hatred for poorly made undies, and buying them in the first place”, but the motivation to bring Knobby to life came in 2011, when Rand was living in a remote country town in Far North Queensland boasting just 200 residents.

“With the closest shops more than three hours way, making a trip to update my undies just wasn’t going to happen,” he said.

With a background in marketing and design, Rand explored the idea of blending his passion for textiles and fashion with a subscription-based program, then emerging as a key model in the startup scene.

He said, “I found that current underwear on the market lacked imagination, innovation, and didn’t last very long. My goal was to create a long-lasting product that was fun and cheeky, and put a stop to blokes walking around in underwear that had more holes in them than a golf course.”

Rand spent the next few years working on developing the Knobby product, with the materials used in and technology behind the underwear key; the designs are also core to Knobby, with each month’s underwear featuring a new limited edition design created either in-house or through collaboration with artists around the world.

With the business officially launched in 2014, offering customers a new pair of underwear for $20 each month, Rand said a key challenge has been predicting Knobby’s growth, due to the need to order stock quantities months in advance.

“We addressed this by custom building software applications and algorithms, which use historical data as well as current trends to predict our growth month by month by underwear style and size.”

An area of growth that Knobby hadn’t predicted was women; with the business started purely to cater for men, Rand began seeing interest from the wives and girlfriends of Knobby’s male subscribers. The company’s women’s range, launched in 2016, now includes a hipster brief, sports crop, and bikini.

From Knobby’s base on the Sunshine Coast, Rand said the business is serving “tens of thousands” of subscribers in over 15 countries around the world.

The number of monthly subscription services has grown since Rand first had the idea for Knobby, with the model now fairly well established in the market. Making news last year, Dollar Shave Club sold to Unilever for US$1 billion, while locally Bellabox, one of the pioneers of the model in the Australian market, attracted $6 million in funding from Fairfax-owned Allure Media back in 2014.

The model has seen the creation of monthly deliveries of everything from wine, with Sydney startup The Wine Gallery launching a personalised monthly subscription service to open the world of wine up to more consumers, to a ‘dog crate’ full of toys aimed at getting both dogs and their owners active from Olly’s Box, and organic tampons from Liverpool St.

Founder Bryan DeLuca said at the time that the decision to launch officially in Australia came after the startup identified the market as one with significant increases in traffic and subscriber rates, with Australia the startup’s second biggest international market behind Canada.

“Aussies are really getting on board on the convenience economy and we’re seeing more businesses like Vinomofo and Menulog really flourishing, so hopefully, they’ll love us too,” he said.