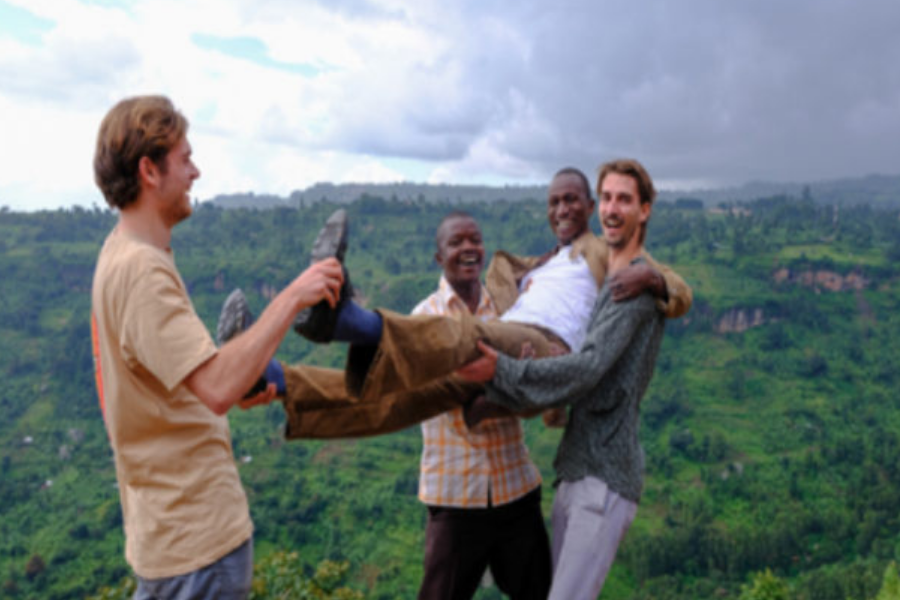 In a little over 18 months, entrepreneur Darcy Small has taken his social enterprise The Bugisu Project from a simple idea to a startup whose coffee is earning a reputation with aficionados all over Australia, receiving the Global Student Entrepreneur Award in the process.

Small was inspired to start Bugisu after he and co-founder Brody Smith, visited Uganda. There they met Daniel Okinong, a local student from the coffee-growing region. The pair took a small sample of the local coffee back to Australia where they had it graded professionally.

The bean was rated as ‘speciality’, yet as the country has only recently regained peace and stability, the produce had not yet penetrated a global market. Small and Smith realised this represented an amazing opportunity: to combine profit and purpose for social and environmental impact.

Within a year, the student cofounders had refined their business model, export logistics, undergone pilots with 10 companies, organised tastings with hundreds of end-consumers and participated in a university accelerator program.

In July of 2018, the co-founders received funding to return to Uganda. Here, they built strong supply and development partnerships, ready for launch in 2019. They roast the beans in Sydney and deliver fresh, showcasing the distinctive fruity flavour of this speciality single origin coffee, deliver to a number of businesses in Sydney including Canva.

The company distributes profits fairly, reinvesting in targeted sustainable development programs where the coffee is grown. Bugisu is also a zero waste company, the spent coffee grounds are collected, converted into liquid hand wash and delivered back to customers; providing a tangible example of the circular economy in action. And they’re not stopping there.

“By 2021, we will have over 300 customer companies on-board, collectively contributing $300K to development programs in the regions in which our coffee is sourced,” Darcy says.

Darcy and Brody envision a fair and happy future in which people, planet and profit can coexist.

“It took 12-months to convince myself that what we were doing was worthwhile. From the moment that I realised that it was, and committed wholeheartedly, the difference in output and energy was noticeable,” says Small.

Small grew up in Crescent Head, a small coastal town on the mid-north coast of NSW. He tells KBB after moving to Sydney he studied Photovoltaics and Solar Energy Engineering, a direct response to growing up on the coast close to nature.

“I think clean energy technology has a huge role to play in mitigating climate change, and this study path seemed an excellent way for me to contribute.

“One of the coolest things about solar energy, is its potential to provide affordable, clean and modern energy services to people around the world who may never have had access to electricity before. That’s one of the reasons I applied to participate in a UNSW Pilot Program to rural Northern Uganda in the middle of last year.”

Today, Bugisu Project is a non-profit coffee supply service for Australian workplaces, but what they’re hoping to achieve long-term is a platform through which they inspire world change.