What startups can learn from Ed Sheeran 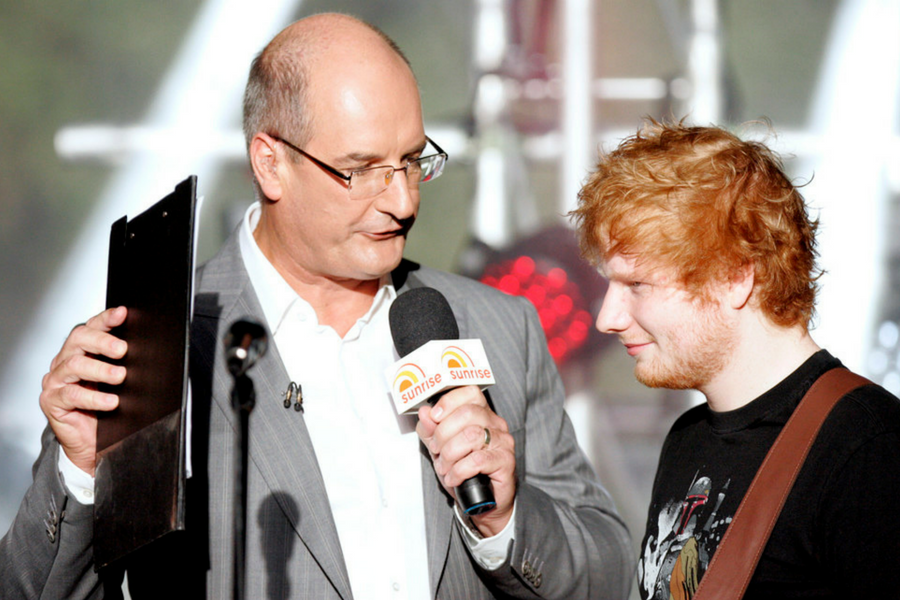 I like Ed Sheeran a lot – his music and as a bloke. He’s one of the nicest guys you’ll ever meet.

But I went to his stadium show in Sydney the other week because I was intrigued. Intrigued how one single entertainer with just a guitar, on a stage all by himself, could hold the attention of 80,000 people in a massive stadium. I’ve seen him indoors in small venues… but a stadium? In an era of big big blockbuster spectaculars?

Ed’s smart with terrific business nous. He’s appeared on Sunrise a number of times and often jokes with me that he’s the entertainer with the biggest profit margin in the world… no band, no dancers, no backup singers… so no salaries, no travel expenses, no overheads. Just him, his guitars and his manager.

I reckon we could all learn a lot from Ed’s business strategy;

The product is world class

It’s all about the songs. They are the foundation of Ed Sheeran Inc. He is prolific and extraordinarily good.

Ed reminds me of the greats like Dylan, Peter Allen, Carole King… amazing song writers who not only wrote hits for themselves but for other artists as well. Each song building its own income stream which can last for years.

The connection with customers is super strong

The ultimate showman with his own character and uniqueness. As far from an Elton John in terms of glitz and glamour as you can imagine… but with an authenticity and humbleness which is so endearing. Ed had the 80,000 strong audience in the palm of his hand.

He makes a pact with the audience to deliver 110% commitment if they, in turn, promise to party, sing and go wild. He even challenges the reluctant boyfriend, and the caring dad’s at the show under sufferance, to let loose and surprise their partners and kids.

Innovation is a cornerstone

Ed doesn’t need a band because he uses, and operates, technology which records music and lyrics during the show and loops it back during a song. He builds the musical layers of the song, on stage, live, and in full view of the audience.

It is absolutely fascinating to watch and intriguing how he does it. But it adds a richness to the sound that brings the songs alive.

Stung by the criticism he received from performing at the famous Glastonbury music festival, Ed constantly explains the technology he uses. He was accused of playing to a backing track and lip syncing… which is arguably the greatest insult that can be thrown at an entertainer.

During the show he explains exactly how the technology works and how he builds his show from scratch every show. Intrigue is replaced with admiration for the technology and his skill.

Overall it was an incredible night on a number of levels.

David Koch is the chairman of Pinstripe Media, which owns Startup Daily. This post first appeared on LinkedIn.

David Koch is the founder of Pinstripe Media. He is a presenter on Sunrise on Channel 7 and behind Australia's most successful business show, Kochie's Business Builders. He is also Chairman for Port Adelaide Football Club and Board Member of the Sydney Kings NBL team.