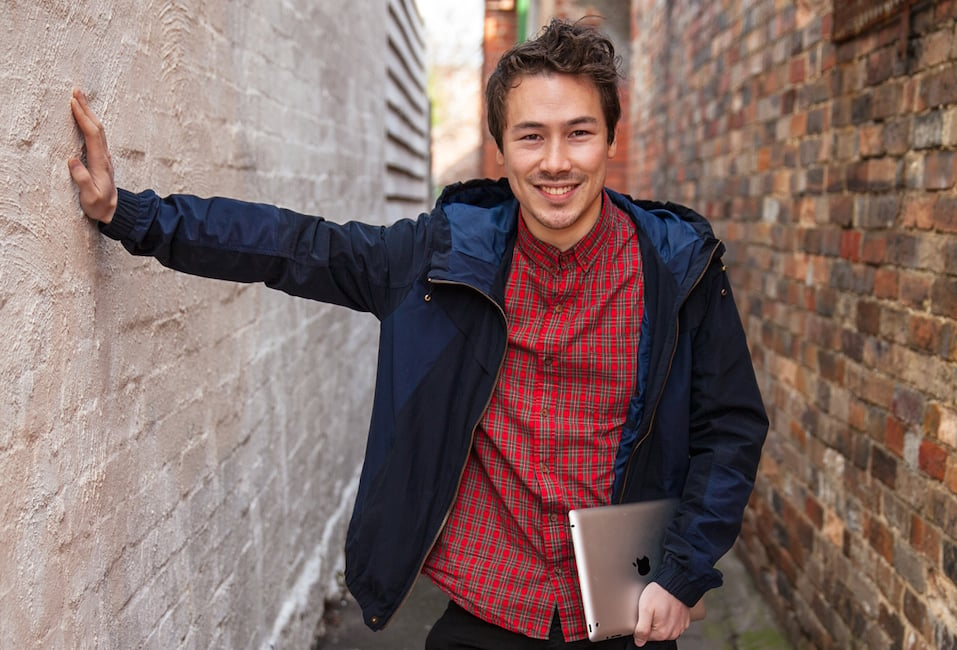 I have to say I am generally pretty on top of the new media players across in this country, and I would say I am definitely across those media players covering the startup space. Hardcopy, Online Publications, Bloggers and apps. I try to read them all daily – it helps me make informed decisions on what type of editorial we will and won’t run.

That’s why over the last year you’ve seen Startup Daily steer more towards being focused on analysing the news in the space instead of breaking it, I want the deeper engagement.

But it seems Melbourne has been harbouring a little secret in the form of young entrepreneur and publisher Nathan Chan.

If you head over to the app store on Android or iOS tablet devices and go to the News Stand, you will find sitting next to the likes of American produced magazines Entrepreneur and Forbes a title called Foundr.

It’s a monthly digital publication that has around 60 -70 pages holding it together. In addition to this, like many other online / offline magazines such as Australian founded (on kickstarter) Hello Mr, it has it’s own application as well in both app stores.

Chan, the founder of Foundr – has been producing this eMag for 16 issues. To the novice that may seem a short amount of time, but as someone who launched this publication in 2011 as a physical 40 page publication – let me assure you between organising photo shoots, interviews and managing a team of people that put everything together, things get pretty hectic. The issues bleed together, there is no stopping or starting.

Kudos to Chan on his persistence.

Foundr is described as being a magazine for the Rebels, the Dreamers and the Hustlers. The target audience is Gen Y. Over the last 16 months since launching, the app has been downloaded from the News Stand a little over 80,000 times and you are able to read an issue for free. After that the magazine is a $2.99 a month subscription.

Right now Foundr has over 8,000 monthly subscribers, after Apple take their revenue cut, Startup Daily estimates that currently revenues for the magazine are around the $15,000 a month mark or more – this is growing month on month.

The biggest feather in Chan’s cap is definitely the quality of interviewees he has been able to attract, especially for his cover stories. Richard Branson (Virgin), Fabio Rosati (Elance) and Neil Patel (Kissmetrics) have all graced the cover – and the upcoming issue due out next week features Ariana Huffington (HuffPost) on the cover with exclusive interview to boot!

Interestingly or perhaps given the cover stories, most of Chan’s readership is from the United States who seem to have adopted eMag’s at a much faster rate than Australia.

The last 16 months have not been without it’s challenges though. Originally the magazine had a completely different name, and Chan was sued for trademark infringement. Though he says it was a massive lesson to learn, Chan also says that it was a blessing in disguise as it forced him to change the name to Foundr.

Due to legal documents Chan signed at the time he was not able to reveal any information as to who it was that sued him. However a quick trawl through the internet revealed to Startup Daily that the name of the magazine prior to being called Foundr was Key to Success Magazine.

Foundr has some great stories inside, and the fact that a local media startup is having such a global impact is something that should be highlighted.

Chan is obviously a name startups and business owners should become acquainted with.

Previous article Can we all just calm down with the ridiculous job titles in the ecommerce space?
Next article Acquisition of Newsle shows a thirst for new media tech. Could Sydney based Newsworthy.io be next?
Via Advice
Tags digital publishingFoundrmediaNathan Chanstartupstech