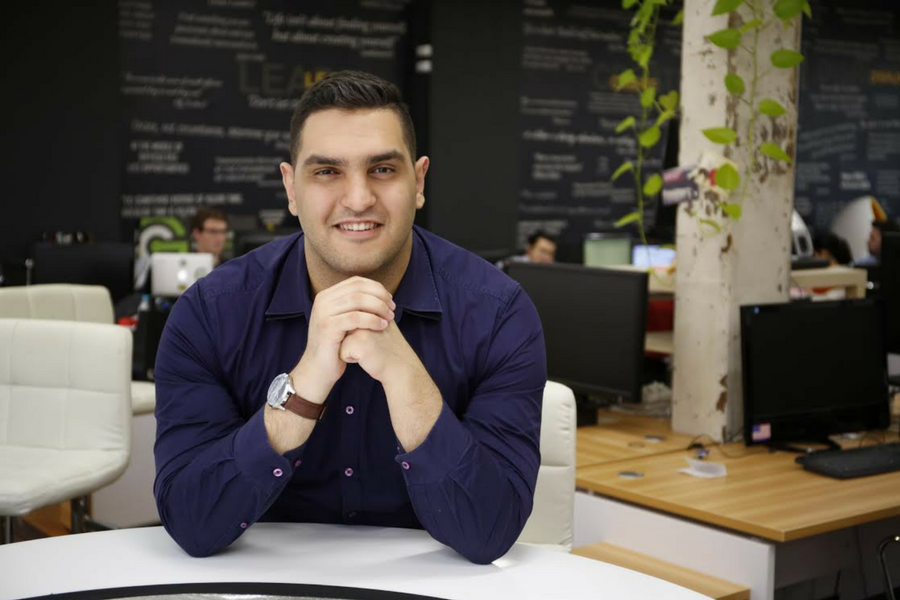 Catching public transport on any given day you would be lucky if you didn’t see at least one person with their head buried in their phone as their fingers tap furiously at the screen. Catching a city train these days will likely expose you to a handful of commuters using their phones to crush some form of virtual candy.

Of course, the new on-the-go gaming trend has been possible thanks to the emergence of the smartphone, which has increased the technological capabilities of devices and quality of available games. As portable gaming continues to grow, traditional stay-at-home gaming has spurted in an entirely different direction, one that utilises the competitive spirit of its players.

This movement has been towards Electronic Sports (esports), a $892 million industry made up of games which are designed for players to compete online and in tournaments for huge cash prize pools.

Predicted to grow to $1.23 billion by 2019 according to a SuperData Research report, esports was an industry which Sydney startup Gamurs recognised as a rich area to develop their business.

Gamurs is an online esports media platform which provides content and connection services for players worldwide, helping them keep up to date with the latest industry news, in addition to providing a space to find each other and visualise their competitive data.

The startup was launched by Riad Chikhani, Philip Luu, Carl Oehme, Halim Yoo and Malik Akl in early 2015 as a social network for gamers to connect with other gamers and chat about the space.

The startup took part in the NRMA’s Slingshot Accelerator Program, which provided the founders business development skills and a $30,000 seed fund, early on in its development.

“I was only nineteen at the time and had no real work experience, so the program prepared us to the point where I raised $500,000 in April 2015,” said Chikhani.

Although this funding helped the business, Chikhani said the platform wasn’t getting the traction required to become a viable social media platform, so the end of 2015 saw the business researching a new direction – esports.

“We looked at the data to see why our current users were using the network and noticed people were coming to look to connect with teams and players for the games Counter Strike and League of Legends,” Chikhani said.

The market here is significant: currently, League of Legends, which pits players online in a 5 on 5 brawl using fantasy characters, is the most popular video game and esports title in the world, holding 96 million monthly active users and generating $737 million a year, according to last year’s SuperData Report.

“We researched this market and saw a big need of gamers wanting to connect with others on a teamship level,” said Chikhani.

“There was a major demand and there simply weren’t enough people doing it. So that’s when we made the shift into Esports.”

Gamurs acquired two platforms which serviced players by allowing them to discover and connect with other players to team up and play together, a feature which is normally randomised in the games themselves.

These platforms were integrated into the original model for the site, which helped inform the design and layout of certain elements.

The platform’s current model now holds multiple functionalities, with the home page serving as a rather normal space for users to keep up on the latest esports events and news, with the ability to search for historical data about the esports games attached.

To find teammates, users are able to log into the site using their Steam or corresponding gaming account, where they can filter out their search preferences and use the platform to apply for a team, post their own ad or comment.

Viewing player data works in a similar way, where users log in using their game accounts or search for another player. The platform then grabs a player’s statistics from the game, which involves data such as kill ratios, total time played, and highest competitive scores, before presenting it in an attractive format.

Since launching these extra features, the startup has achieved a significant increase in traffic.

Chikhani accounted some of the business’s success to the “massive” esports industry, which the cofounder said has over 250 million people watching annually, a number which is soon expected to grow to half a billion.

Despite the international popularity of esports and gaming, the Australian industry is comparatively small, particularly amongst startups, a factor which the Chikhani suggests is due to Australia’s smaller population and favour of different types of games, which disinterests businesses from investing.

The Australian gaming industry, however, was recently identified as a sector with large potential to grow as an export industry, according to a survey by the Interaction Games & Entertainment Association and Games Development Association of Australia.

Thanks to its global reach, Gamurs has achieved solid footing within the industry, using advertising on the platform as its core source of revenue. The business does, however, have interest in branching towards the esports gambling scene in order to increase revenue, where users bet on professional tournament matches tied to esports games.

Continuing to grow the platform won’t be out of reach, as the startup closed a $1 million capital raise from a group of high net investors, including Artesian, in December last year.

The funding will also help the business expand its US office, although Chikhani said his key goal moving forward will be to increase the traffic on the platform to higher numbers.