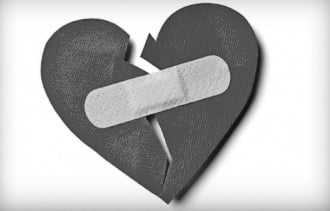 I’m going to take a courageous step and let you all in on my love life, not so much because I’m a self-important narcissist, but because, as somebody who has been juggling the demanding duties of full time work with building a start-up and trying to maintain a relationship for the past nine months, I’ve learned some lessons in love that I hope other entrepreneurs, often wrapped up in their own little world, may find helpful or at least somewhat insightful.

Like most driven entrepreneurs, there are rarely enough hours in the day. In my case, a typical weekday would commence with an early morning gym session, followed by 10 hours working for an investment bank while the subsequent four hours of available time would be devoted to working out the intricacies of and building my start-up. Not much time left for romantic walks on the beach.

As such, it was always going to be a challenge when I, after having spent several years deferring relationships in favour of ego-boosting quick fixes devoid of long-term commitment or substance (a nice way of saying casual flings), decided to take one such fling to the next level and embark upon creating an emotional bond built on more than just lust.

We do so because of a relentless desire and need to build, to create, to commercialise. We see things that we believe others don’t. We aren’t content with the relative safety of the 9-5 grind complemented by a diet of reality television. It simmers just under the surface for years while society’s expectations and a ‘keeping up with the Joneses’ mentality often hold us back until eventually we give in to temptation and dive head first into the demanding world of building something from nothing.

For me, the initial few months working on my start-up was an exciting time – and she thought so too.

The passion with which I spoke and the drive I approached life with appeared to be attractive qualities. Having validated market interest early in the piece with a beta website, my start-up was shortly thereafter featured in The Financial Review’s BOSS Magazine and The Australian, she was thrilled. I’d be thrilled too if my girlfriend ended up in the mainstream press – well, not if it was for the attempted smuggling of pot into Bali.

The problem is though, while all of this may seem appealing on the surface and while people often say they want someone ambitious, the fact of the matter is that the time and effort that comes with building a start-up (or aggressively climbing the corporate ladder for that matter) is not miniscule. While she maintained that she was attracted to my drive and passion, it became quite evident that she wasn’t attracted to everything that came with it. That included a lack of free time and extended to somewhat misplaced priorities.

And it didn’t stop with my start-up. When I did find time to go on ‘romantic walks on the beach’ and engage in civilian activity such as going out to dinner or catching a show, everything else became about business too and every observation became an opportunity wrapped up in a go to market strategy. Car parking, movie tickets, bar service, coffee queues…everything presented opportunities that I made sure she heard about. No doubt all this talk about business drove her crazy. Why couldn’t I just talk about last night’s episode of Big Brother like a normal person?

Despite early indications suggesting cracks were beginning to form, we decided to push on and in true to lean start-up form, tested living together for two weeks. No long term commitment, just an experiment. Needless to say, after years of having my own space, I was absolutely sh*tting myself at the prospect of sharing my house, time and life with somebody else.

While it had been somewhat easier to limit weeknight activity to the odd phone call, a quick dinner or a string of whatsapp messages, now we were in each other’s face every night and I could no longer hide just how devoted I was too my business or to reading about other start-ups, emerging marketing trends, lifestyle design and business in general.

It didn’t take long for a barrage of confrontation in a string of “what am I even doing here?”, “you don’t need me, you’ll be fine just working” and “all you do is work” aligned expletives to rear their head, despite my best intentions to set agreed expectations from the outset that I would spend most weeknights working.

But alas, theory and practice are distinct for a reason. The experiment failed. There was no pivot, we move on…

Looking back though, there were many positives to take from the relationship.

Despite my best efforts, I ended up spending a lot more time out and about than I normally would have and while I was lulled into a false sense of awesomeness, thanks to media mentions et al, I was and perhaps still to a certain degree am, a human being with a lot to learn about sacrifice and loving somebody else, about stepping out of my world and creating a new, equally shared world.

As such, don’t invest yourself in your business to the point where you haven’t taken the time nor made the investment in finding the most important synergy of all, one whose returns cannot be measured by Google Analytics or Xero. The lifetime value of an unconditional and interdependent relationship (note, I didn’t say dependent) that elevates you both to new heights is exponentially more than that of any customer.