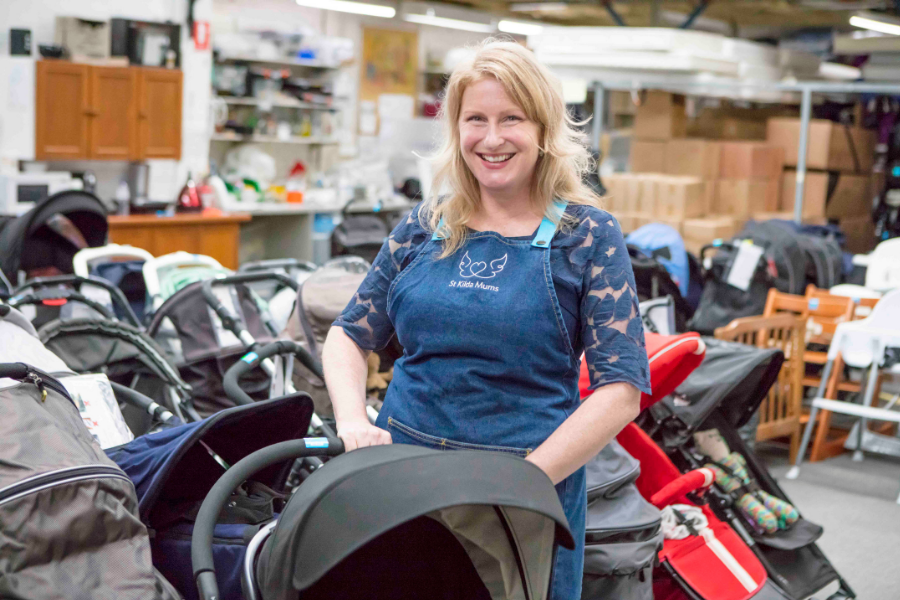 After spending our Januaries going through our belongings and asking ourselves whether they sparked joy, many Australians dropped their unwanted items off at their local charity. According to The Age, the St Vincent de Paul Society saw a six percent increase in donations in January compared to the same time last year.

However, it turns out many of the donations were things that the charities couldn’t actually pass on because they were unusable or contaminated due to poor weather conditions when left outside the charity bins or shops.

The problem may have been particularly pronounced post-Kondo, but it’s a year-round issue. The National Association of Charitable Recycling Organisations (NACRO) estimated that 60,000 tonnes of unusable items are taken to landfill each year.

While ‘contaminated’ items are likely easy to spot, the average person would probably be surprised to learn that many pieces of baby equipment that seem to be in good order can in fact be quickly tossed aside by charities.

As it turns out, the lifespan of items such as prams, car seats, and cots is shorter than many would think. As these items must adhere to strict safety standards, product recalls are common.

In turn, the potential liability issues should something happen with a faulty item means charities are loath to take on baby gear.

Jessica Macpherson, CEO of St Kilda Mums, a charity organisation that takes in, checks, and helps distribute pre-loved gear, discovered this in 2009, when she approached her local charity shop with her old items.

The staff explained that they couldn’t accept the donations without thoroughly checking them, and lacked the volunteers and resources to do so.

Chatting with her mothers’ group, Macpherson decided they collectively had the skills and resources to look at fixing the problem.

“We realised that we had valuable knowledge and a willingness to support mums who were having a tough time, because looking after small children can be incredibly challenging even with all the best resources, a loving partner, a great extended family, and great mental health,” Macpherson explained.

The team of five mums began by examining the legislation around baby equipment and speaking to manufacturers to understand their recommendations for the use of their products.

The manufacturer recommendation on the life of a car restraint, for example, is 10 years, so St Kilda Mums only accepts those up to eight years old so that when they’re distributed they have at least two years of use left in them.

After the group checked all the goods, they passed them on to an Enhanced Care Nurse from the St Kilda Maternal and Child Health Centre, who distributed items on to families in the area who were in need.

The amount of effort required to do this all sounds significant, but for Macpherson the impact of the group’s work was immediately clear during a visit to the maternal health nurse on a hot Melbourne day.

She passed by a mother in the waiting room who was holding her baby in her arms, with no pram in sight. Asking the nurse whether the other mother had her partner waiting outside or had left her pram outside the waiting room, Macpherson was told no on both counts: the woman’s partner worked long hours and they were currently saving up to buy a pram.

At the same time, Macpherson said, the nurse had been trying to convince the woman to attend a mothers’ group, but as she and her partner were immigrants, her partner wasn’t sure about her attending a gathering of strangers without him.

As it happened, the woman’s mother in law was in Australia to help with the baby, so when Macpherson convinced the nurse to allow her to deliver the woman a pram the next day, the woman was able to bundle the baby up in the pram and walk down to the mother’s group with her mother in law.

“This woman was from Pakistan and was a tremendous chef, so she taught all the other women to cook,” Macpherson said.

“She was culturally and linguistically diverse, but formed these really strong friendships with these women through the shared experience of having a tiny baby and reinforced by the fact that all the women really appreciated learning from her. She still sees all those girls.”

For Macpherson, the pram was a key part of the woman being able to integrate into life in Australia, giving her an easy way to leave the house and get around with the baby.

“Having the right equipment can be the difference between being isolated at home, or being able to make it to the shops,” Macpherson said.

The work of Macpherson and her teammates grew into St Kilda Mums as word spread about the work they were doing, donations flooded in, and more mothers wanted to get involved.

The organisation has spread far and wide beyond St Kilda over the last 10 years, with more than a dozen sister organisations dotted across Australia.

This growth has been supported by technology; after years of spreadsheets, St Kilda Mums eventually picked up Salesforce, which offers qualified charities free subscriptions for their first 10 users, to systemise and streamline its work.

Macpherson is now distilling St Kilda Mums’ knowledge into an app for its sister organisations to use.

The app, which Macpherson has been building herself, lists baby products and their safety status, for example detailing the manufacturer of the item, how old it is and what its recommended lifespan is, and whether it has been recalled.

The St Kilda Mums network distributed more than $12 million worth of baby gear to families over the last 12 months: they collected, cleanined, safety checked and distributed over 3000 car seats, 4000 prams, and 2000 cots.

“We believe that it is up to us to make the world a kinder place,” Macpherson said.

“In a world where what we buy becomes ever-disposable, we hope we can help families to think carefully about what they buy for their children and encourage them to share pre-loved items with their networks and charities like ours.”