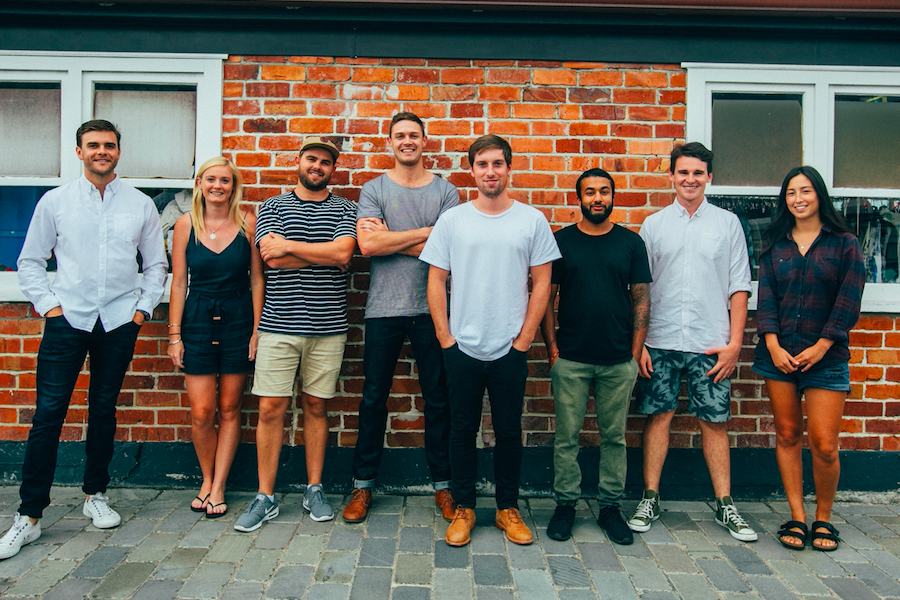 Unless you follow friends only, it’s become impossible to spend a couple of minutes scrolling through your Instagram feed without catching at least three or four branded posts. More social media users are cashing in on their niche followings than ever before thanks to startups like TRIBE and VAMP, and big-name investors are buying in too: Catch of the Day founders Gabby and Hezi Leibovich are investors in Jules Lund’s TRIBE, while VAMP today announced that Todd Sampson of Leo Burnett is set to take on a board role.

The Social Club is a similar startup looking to try its hand as one of the first platforms in the space in New Zealand. Its mission is like most others: to connect New Zealand’s largest community of social media influencers with brands and agencies in order to create authentic and meaningful influencer campaigns, said cofounder Georgia McGillivray.

McGillivray said she and cofounder Justin Clark sought out to build the platform after seeing a lot of “complete throwaway” influencer campaigns and deciding that they didn’t want that to become the culture in New Zealand.

“One of our biggest drivers was to open influencer marketing opportunities to smaller players with lower budgets. We found that a lot of New Zealand’s coolest brands were small businesses or startups who needed to reach their audience using organic, affordable avenues. Engaging micro-influencers for product exchange campaigns offers an affordable solution for these brands,” she said.

The Social Club offers a few services beyond just hooking brands up to influencers. Brands can choose to engage the platform for a full service campaign, where the startup creates an influencer strategy, chooses the influencers, negotiates terms, and assists with creative execution – a service not offered by most platforms, which simply connect the brands with influencers – or they can manage their own brand and campaigns, working directly with the influencers.

Brands simply sign up, create a profile, select what kind of influencers they want to work with, and what kind of campaigns they want to create. Influencers, meanwhile, can either reach out to brands themselves through the ‘brand marketplace’, or wait to be contacted by brands with a campaign brief. Offers can be accepted, declined, or negotiated. Brands and influencers can then keep in contact throughout a job to ensure that they can work together to create campaigns that both parties are genuinely passionate about, McGillivray said, while the platform provides a suite of analytical tools to help brands and influencers keep track of the effectiveness of a campaign.

Rather than algorithms matching brands with influencers and vice versa, McGillivray said the platform uses only a small element of filtering, with it mostly working by having brands and influencers find each other through similar interests and their own assessments or opinions of the other party.

The startup, the development of which was funded by an overseas investor, is also building a portal for creative, PR, and advertising agencies that allows the management of multiple brands under one login, and the same for talent managers with more than one influencer on the platform, with McGillivray explaining that The Social Club is looking to assist rather than replace these professionals.

There are 35 brands on the platform so far, with almost 450 influencers, including some New Zealand celebs, registered. Given the startup is looking to small businesses and startups as potential clients, however, rather than just big brands, its definition of ‘influencer’ is perhaps a little different to that understood overseas. The Social Club is welcoming users with just 1,000 followers or more on the major platforms; TRIBE, for example, registers influencers with at least 5,000 followers on one platform.

The startup isn’t focused on any particular niches or interest, with influencers across categories including fashion, fitness, travel, mummy bloggers, sports, and tech. The Social Club is also looking beyond the major platforms of Facebook, Instagram, and Twitter to include YouTube, and Snapchat in its offering; it will be interesting to see how Snapchat in particular develops.

Given the size of the New Zealand market, or lack thereof, McGillivray said expansion is on the mind for later on this year, but the focus is on cornering the local market for the time being, with a part of this being properly educating the market about the potential of social media influencers.

“As we expand, we can mould our model to better suit other markets as we go but we want to be offering as much value as possible to New Zealand first…we’re also offering a greater level of support than most international platforms, to help develop a market which is still relatively raw in New Zealand,” she said.

The significant competition overseas means that the startup will also be looking to hone in on its points of difference before expanding.

McGillivray said the startup’s foreign investor is “well connected overseas” and will help evaluate international opportunities for the platform.