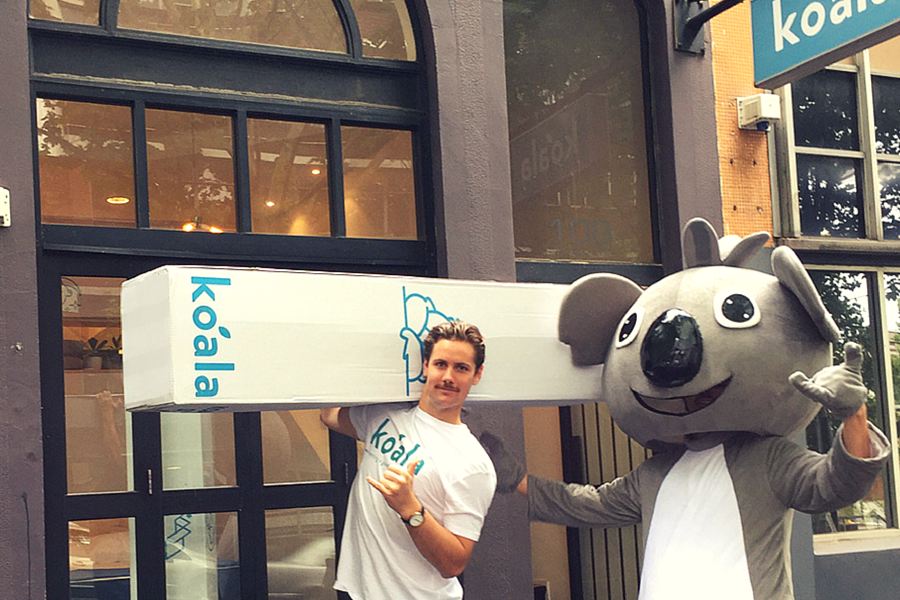 Australia is a sleep-deprived country, according to a Newspoll survey commissioned by IKEA last year. The aptly named National Slumber Survey revealed that only one in 10 Australians felt rested and relaxed, with many of us experiencing tossing and turning, sleepless nights and feelings of being exhausted in the mornings. Mattresses play a critical role in the quality of the sleep we get, yet according to results of the survey over 72 percent of us claim that we are sleeping on uncomfortable beds.

The company was founded by Dany Milham, Phil Johnson, and Mitch Taylor. The trio were recently joined by Australian cricket captain Steve Smith in the venture that wants to reinvent, to begin with, the way Australians sleep.

Basically, the startup claims that the Koala Mattress has been carefully engineered using ‘world-first’ innovation in technology and high-quality materials that make the product universally comfortable for all users. From a manufacturing standpoint, the product is produced in Australia and uses three unique layers of modern polyurethane foam, a product that is used in many ‘memory foam’ style mattresses, but Koala claims that the way its are put together is what makes it unique.

“To be involved in a project that’s disrupting the mattress industry with such an innovative product is really exciting for me, and one I’m very proud of,” said Smith in a press release. “Over the past year our team of experts have tested and slept on hundreds of mattresses. Every minute detail has been explored and examined in order to produce an amazing sleeping experience.”

According to Milham, what sets Koala apart from traditional mattress competitors in the Australian market is the use of innovation in both its design and go-to-market strategy. Koala does not use latex or traditional memory foam in its products, instead it uses a comfort layer called K-4 that, as of right now, cannot be found anywhere else on the market. The sleep tech behind the design means that users are guarenteed a perfect distribution of body weight across the mattress when sleeping.

“The days of being woken up by a restless sleeper are gone with our zero disturbance technology,” said Smith. “No matter whether you sleep alone, or share your bed with someone, you’ll enjoy the perfect night’s sleep every time.”

It should be noted that in Australia, Koala faces tough competition from Melbourne startup Sleeping Duck, which launched in 2014.

While the products might be slightly different – Sleeping Duck uses bamboo plus both latex and traditional memory foam as part of its product – the business model is pretty much identical, and Sleeping Duck founders Winston Wijeyeratne and Selvam Sinnappan have been extremely successful with a turnover that exceeded $1 million in revenue in their first year in business.

However, with its four hour delivery time in both Sydney and Melbourne, Koala will hold a distinct advantage, especially when marketing to a generation that is used to receiving most other items these days they buy online with that same type of speed and urgency. Currently, Sleeping Duck mattresses take up to 72 hours to dispatch out to consumers.

This strategy seems to be working, according to Milham – revenue has already reached six figures in just two weeks. “After reaching six figures in just our second week of business, we are on track to do at least $5 million revenue in our first year,” he said.

Though it is still early days, there are already millions of people from across the world that have seen the Koala Matress product in action because of a video on social media that has garnered over one million views in a matter of days. The video depicts the startup’s “zero disturbance technology” by placing a glass of wine on the mattress and having a person jump onto the mattress – the wine does not spill.

Zero Disturbance TestCan your mattress do this?

What makes Koala stand out almost more than its innovative quality and service is its social mission – to protect Australia’s koalas.

For every Koala Mattress purchased, that customer will also be adopting a real life Koala in partnership with Port Macquarie’s Koala Hospital. The adoption helps with the rescue and treatment of sick and injured koalas with the goal of releasing them back into the wild.

“All of the founders have a passion for giving back to the community and environment,” said Milham. “With a history of building social enterprises [like Seed the Change], we wanted to go beyond creating just another socially responsible business model; we wanted to try something different by creating a brand around protecting the future one of our national icons.”

“While the Koala was a natural choice due to its sleeping behaviour, we have always been aware of the threats koalas face each year from human development, bushfires, road accidents, and disease. This allows us to help sick and injured koalas and also their protect habitat with regeneration and conservation projects.”

As the company begins to scale, the team plans to add pillows to the range; these are currently being given the ‘bedroom’ test prior to being released in early 2016. Koala did raise a round of seed funding earlier this year, however a contractual agreement means that the founders are unable to discuss publicly how much that funding was or who it was from.