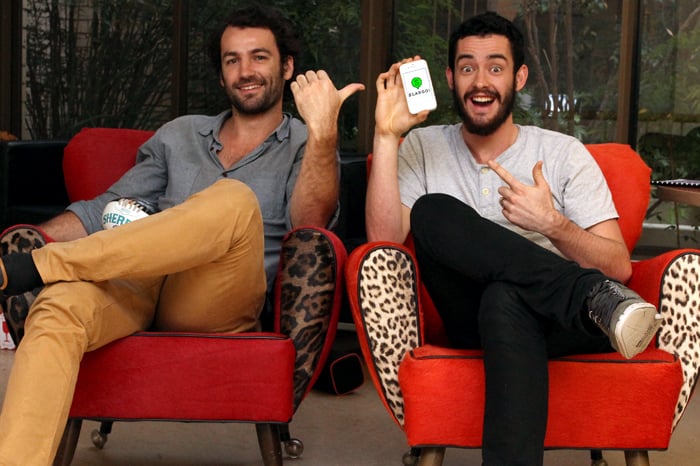 I remember the first time I ever travelled overseas alone, I was in Asia and had no idea about how to speak the language of the people and because I was a naive country boy, I sort of just expected everyone would also be able to speak english.

But that wasn’t the case; and a cab ride from the airport to my hotel ended up taking me to an armed compound because I mispronounced the name of the place and stupidly had written it out phonetically on a piece of paper. It was also the days before smart phones and internet on phones so I couldn’t exactly google anything – hell I even had travellers cheques with me, do people even use those anymore?

There are many apps out there that provide translation, however Slango founders AJ Koch and Jake Cunningham saw a couple of major errors in them and as avid travellers who enjoy partying in Mexico they decided to create a product that solved them.

“One of the largest problems especially in developing countries is lack of internet connection, particularly when you are out and about,” says Cunningham.

“We first wanted to create a product that stored it’s information directly in a library on the phone, so when you need it, you can use it.”

“The second thing we have been very particular about is when a phrase is spoken from the list by our translators is that the voiceover has been provided by a genuine person from that location, who has that language as a first language, other apps on the market often confuse locals with dodgy dialects and accents that are not 100% accurate and we want to make sure that travellers avoid this frustration.”

The application is available across both Android and iOS devices.

In terms of growth the pair have been forming strong strategic partnerships in the travel and backpacking markets with publishers and service providers in order to scale the app as fast as they can and have as many users join as possible.

The pair have launched lean as well with a focus on Mexican Spanish to kick things off and are currently preparing to begin building the library of languages.

And when we say they cover ALL bases, let’s just say you’ll be able to have some interesting conversations in the bedroom if you get lucky on your trip.