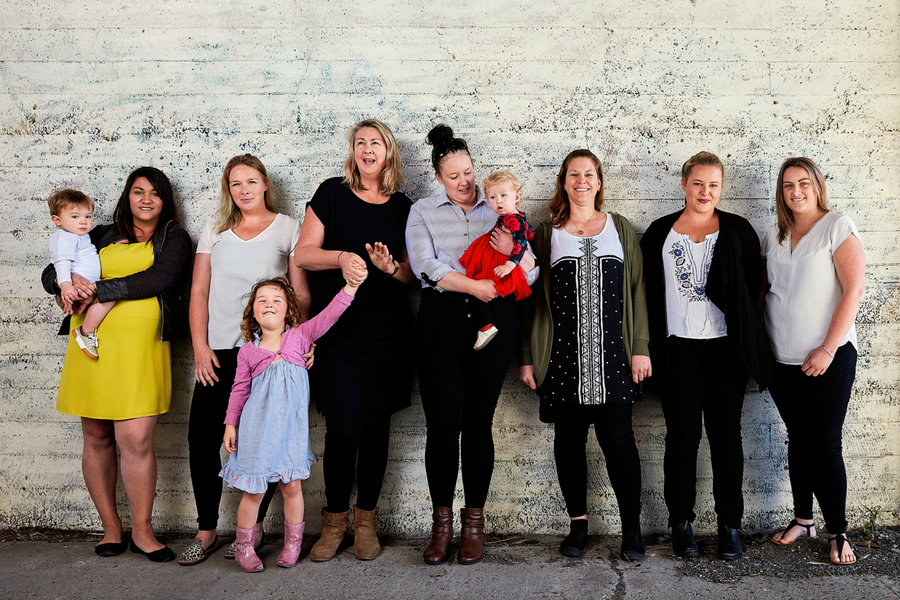 As a student, I would finally go through my school bag every few weeks and retrieve newsletters, permission slips, and other assorted materials for my parents to read. Remembering to get my parents to write me an absence note in a timely fashion? Forget it.

While printed newsletters were all the rage in my day, schools these days are embracing tech tools to help them communicate more effectively with parents.

One such tool is The Skool Loop App, founded by Australian mum Sharlene Barnes.

“We know that children aren’t reliable when it comes to carrying messages between teachers and their parents, and it’s not realistic to expect a five year old to be responsible for that,” Barnes said.

According to Barnes, the startup carried out research that found 76 percent of Australian parents feel that the overall level of communication between parents and the school community could be improved, with 72 percent of parents feeling they are missing out on major events at their child’s school.

The figures weren’t exactly a surprise to Barnes, who was finding it difficult herself to stay on top of her kids’ school schedules.

“I wished I had an easy way to see what events were coming up and one spot to store all the school related information. My one problem was that I couldn’t work out what form the idea should take. The technology just wasn’t there,” she said.

The lightbulb moment came when Barnes’s son introduced her to smartphone apps. Having recovered from her second round of treatment for melanoma, Barnes decided the time was right to bring the idea to life.

“[I] knew I wanted to make a change. It sounds really cliched but I realised life is short. I was working in sales at a publishing house and while I loved my job, I had this burning desire to run my own business. I took my chances and just went for it,” she said.

This decision and drive didn’t make the process of actually developing the app any less daunting, however; Barnes admitted it was “equal parts fascinating, frustrating, and hard work”.

She explained, “The biggest challenge was communicating to the developers what I wanted. They were really encouraging but trying to get the picture out of my head into the developers coding was a real challenge. We got there eventually and I have learnt how to communicate with them in a way that works for all of us.”

The Skool Loop system works by providing schools with their own dashboard, through which they can add permission slips, newsletters, notices, and messages with push notifications.

“Some schools are sending messages out three times a day, for example in the morning they might say, ‘It’s going to be hot today, don’t forget to bring a bottle of fresh drinking water’; then at lunch time they might say, ‘The bus is running five minutes late today’; and in the evening it might be, ‘Don’t forget it’s bake a cake day tomorrow’,” Barnes said.

“For a parent, it’s about having all the school related information in one place and receiving these push notifications on their phones so they can easily see stay up to date. They can also sign permission slips and send absentee messages so there’s less chance a student is going to forge their parents’ signature.”

As Barnes put it, the pitch to students was fairly simple.

“For the last 50 years, schools have heard from parents that they’re not getting the information they need, and parents are missing important events, and kids aren’t properly prepared for events like swimming or cross country,” she said.

“I’d let them know how simple The Skool Loop app makes it to communicate with the community, and tell them it’s totally free.”

The startup’s initial focus were public primary schools and rural schools, with Barnes finding rural schools in particular had the need for alerts because of distance.

Bringing on schools was crucial to completing the initial development of the app, with Barnes needing $80,000 in funding; she decided to go about raising these funds through advertising from the community.

“Once I had a school on board, I would look at the local community and parents who had businesses and I’d start there. For example if there’s a parent at a school who runs a pizza shop, it makes sense for them to advertise on the school’s app,” she said.

“I’d let them know that the local school had asked us to provide them with The Skool Loop App and this was the way we were going fund it, through the ad content. It’s a win win for everyone really, because the advertisers receive bang for their buck by reaching the local community, and the school receives a free app.”

There is competition in the school/parent communication space, with paid offerings Skool Bag and Snapp among the big names in the space.

The Skool Loop App, meanwhile, is in use at 700 schools around Australia, with Barnes’s goal to bring on 5,000.

“Our main goal is to keep letting schools know about The Skool Loop App and what a convenient mode of communication it is. There are also more bolt-ons we can add, so we will continue to develop the app and take feedback on board from the schools who are using it.”