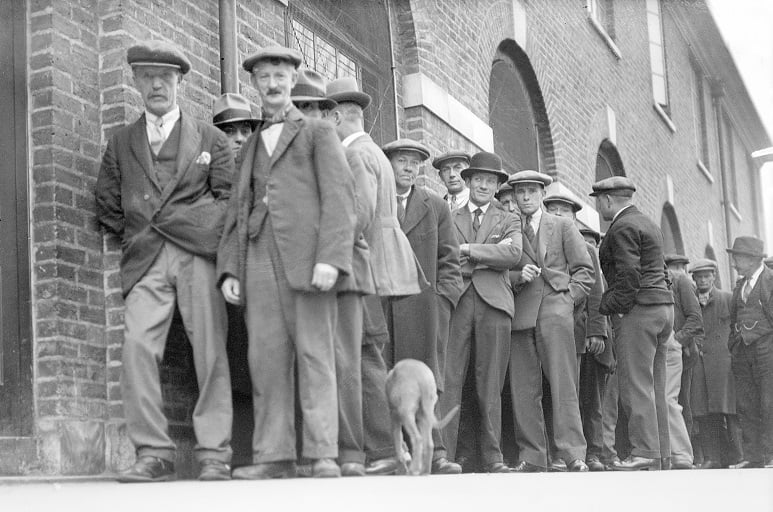 Editor’s note: This column was first published in July 2022. We republish it now amid widespread job cuts in tech because Dexter’s advice then is just as relevant now.

Ask any founder their top three challenges, and talent is likely to feature amongst them.

Business leaders plead with government and the education sector to solve the problem. But any help they provide could take years to produce tangible benefits.

Many business leaders I speak to feel helpless right now. But could things be about to change?

What makes me so confident? Whilst we are not technically in a recession, every major economic downturn I’ve seen has been preceded by a red hot talent market.

2007-08 Everyone wanted to work at an investment bank for triple their salary and got it. The GFC hit. Ice cold jobs market.

2020-22 Has been the hottest talent market on record! I never thought I would see a day when people would refuse to work in an office two days per week. Or entry-level developers would be paid $150,000. Yet here we are.

Talent markets are like any other market. Price is determined by supply and demand.

If the market gets inflated too much it creates a bubble. Then the bubble bursts.

Is there a tech talent bubble?

Let me take you back to March 2020. The markets tanked 30%, the world shut its borders and went into lockdown as a global pandemic put us all on red alert. Australia soared to 9% unemployment in a month! Businesses shut and we faced the greatest economic crisis of our lifetime.

Most tech startups had 3 -12 months of cash runway – at one point it looked like we could lose up to 75% of the startup ecosystem.

The government stepped up to provide support and stimulus in Jobkeeper. And by July 2020 the economy was pumping again. Tech valuations soared, Afterpay hit $150 and made the ASX 20. VC poured billions into tech startups. Series A rounds quadrupled. The tech ecosystem was flush with cash.

But the demand for tech talent got greater and greater.

The large corporates, banks and telcos also targeted talent from startups, offering big salaries to make up for no equity.

The only way for startups to fight back was to offer more money. Or lose experienced staff for less experienced people. The only problem is that salaries rose across the board. Entry-level developers are now earning more than startup founders and leaders.

The tech talent shortage has created the biggest talent bubble in my career.

The fastest way to solve a talent shortage

The same dynamics work in the talent market. 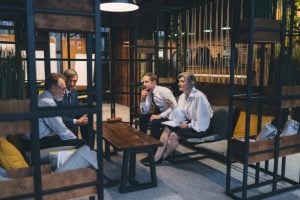 Since the beginning of 2022, we’ve seen Tesla, Paypal, Coinbase, Robinhood, Klarna, and Netflix all make job cuts of 10-20%

We’ve also seen high-profile startups like Fast run out of funding and shut their doors, leaving 300 people without a job.

And as these job cuts are happening, we are now hearing of headcount freezes at Meta, Uber, Lyft, and Twitter with more to follow.

In the US talk of the great resignation is being replaced with talk of a great recession.

Australia often lags behind the US, usually by six months. Over the last two months, I began to hear of staff layoffs at Envato, Brighte, Banxa, HealthMatch, Una, Booktopia, Bizpay and other tech startups.

Last week Volt Bank announced it had run out of capital and would close its doors, with 140 employees losing their jobs.

Tech valuations have tanked with some high profile Aussie tech firms down 90% from 12 months ago.

This puts extraordinary pressure on any business to cut costs and make job cuts. With severe drops in valuation right across the tech sector, it also means capital is drying up.

The sector is not as attractive to investors as it was 12 months ago.

Sure some investors are out there looking for bargains, but with rising interest rates, the appetite for high-risk investments is waning.

And with a global recession on the horizon, investors are in no hurry to rescue companies that may be insolvent in months.

It’s not only startups that are impacted by recessions. Australia’s corporations will implement cost-cutting measures to ensure they deliver shareholder returns.

What a recession means for the local talent market

NAB recently announced that 100 tech roles would be offshored to India. The unrealistic salaries demanded by inexperienced developers and engineers may have prompted NAB and many other Australian businesses to hire offshore workers.

According to the Tech Council, there are currently 860,000 Australians employed in the tech sector.

Even if Australia avoids a recession, it’s likely the US and Europe will not.

Now that borders have opened up we once again have the option of hiring international talent. Australia is a very attractive proposition for tech talent. The tech scene has matured considerably and the lifestyle is unbeatable.

Going back to the lettuce analogy, most founders weren’t prepared to pay $8 per head. Instead they sought alternative markets and have built strong links to Eastern Europe, India and Asia where highly experienced tech talent can be hired at a 50% discount.

Early-stage startups have embraced remote working, accessing some of the world’s best engineering and tech talent from the US and UK. It is only a matter of time before large corporates do the same.

In the last two years, we’ve seen the emergence of platforms making it much simpler from a legal and compliance perspective to hire and pay offshore workers. And while there have been teething problems, as businesses become more accustomed to working remotely the cost benefits and the ability to access broader talent markets put increasing pressure on the local talent market.

Every time I have experienced a downturn the talent market has gone from red hot to ice cold in the space of a few months.

There’s every possibility that the supply/demand ratio which has inflated the talent bubble we find ourselves in could burst very quickly.

Does this mean an end to the talent shortage?

Not quite. Back in 2005 as one of Australia’s first ‘digital’ recruiters, it became very clear that due to the pace of technology innovation the supply/demand metrics would never be balanced.

The reality is that being at the forefront of innovation means using the latest technology, most education facilities are behind and back then people didn’t have access to online learning. My solution back then is the same as today, in fact, it’s essential today and far more realistic.

Companies MUST change the way they go about identifying and hiring talent.

With online learning readily available people with a strong desire to learn new skills can and do. Successful tech companies are those who consistently identify these traits when hiring.

One of the biggest benefits of closed borders this last two years is that Australia has developed a domestic workforce capable of launching and scaling tech startups.

We must harness that IP and pass it on to the next wave of talent. Instead of discarding resumes because a person doesn’t have Kotlin, we need to look at what they’ve accomplished, and what they have built and seek to utilise that experience.

But if we continue the hiring practices that got us here – we’ll just see another talent bubble as soon as the next recovery begins.

Dexter is the guy Fintechs work with to build world-class ventures, helping companies such as Revolut, TrueLayer and 10x build founding teams for launch in Australia.
As managing director of Tier One People, he also helps Series B+ Fintech ventures hire executive talent capable of delivering hyper-growth and scale.
He also presents the Fintech Chatter podcast on YouTube.