Shebah is a rideshare service for female drivers and passengers 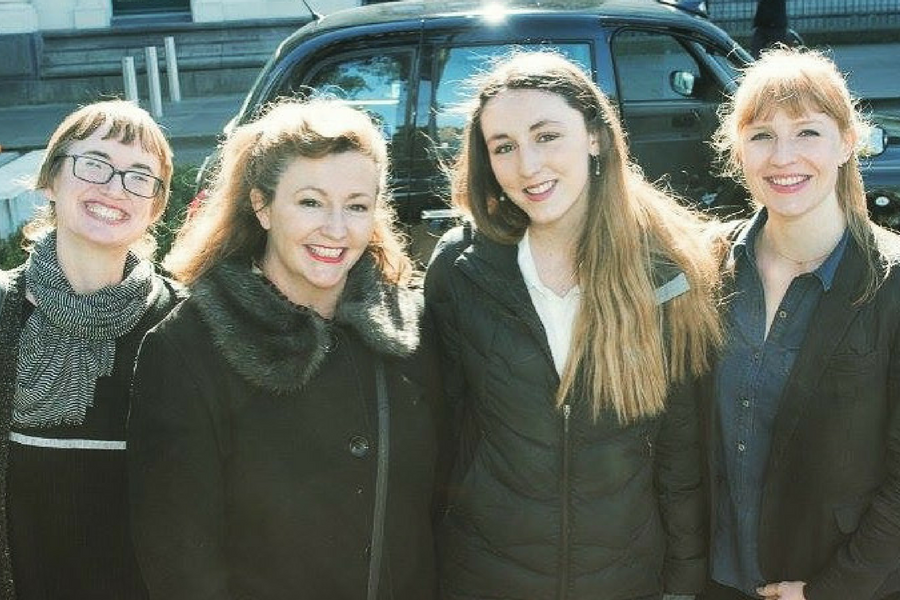 Whether it’s a taxi or a rideshare car, getting into a stranger’s vehicle or welcoming a stranger into yours means ignoring that big warning we were given as children: don’t talk to strangers!

Of course, in the vast majority of cases, everything turns out fine and you get to your destination safely, but for many women in particular, the concern in the back of their mind that something could go wrong is constantly there. As a number of studies show, women are conditioned as children to be more fearful than boys, and they get older concerns centered on violence perpetrated by men dominate.

Looking to provide women with peace of mind is Georgina McEncroe and her startup Shebah, a rideshare service for female-identifying drivers and passengers only (boys to the age of 12 travelling with a woman are welcome).

“As women, safety preoccupies so much of our mental energy. I teach at TAFE at night and have watched the way the girls in my evening class in winter rally around each other at 9 o’clock, asking who’s taking who to the station, who can give someone else a lift,” McEncroe explained.

“Then I had a group of largely male students, class finished, and off they went into the night. Being the mother of three boys and one daughter, I see that even though my sons are statistically more likely to be assaulted by a bloke, they never think about it.”

Signing up to be an Uber driver herself, McEncroe considered the prospect of something happening to her and realised that an element of the media and wider community would simply say, what did she expect driving drunk men home from King St at 3am?

McEncroe never ended up taking on an Uber ride; talking to other women, she saw many shared similar concerns, which had her wondering about the benefit of the sharing economy if women couldn’t actually partake in it.

“It’s leaving huge number of women out of this incredible opportunity that they should be taking up in their tens of thousands. You would think the majority of rideshare drivers should actually be women, because they can work around children and study,” she said.

Of course, there are female taxi drivers and rideshare drivers out there – but speaking to as many as she could find over the last year, McEncroe found that they weren’t immune to safety concerns either.

“Many are driving the cheap shifts; very few are driving the most lucrative shifts, and the ones that are are carrying nunchucks, pepper spray…they’ve got stories to tell. They’re tough, but they’re still guarded and they’ve got really strict rules about passengers,” she said.

After a divorce, McEncroe decided it was time to bring Shebah to life. She began the journey last year with an ambitious crowdfunding campaign, trying to raise $300,000. While she didn’t reach her goal, McEncroe said the campaign did get her a lot of attention that helped her find people who could help make Shebah a reality.

McEncroe worked with development agency Hyper to build the app, with her focus trying to satisfy the desires of the female drivers and passengers she had been speaking to.

Chief among the concerns for existing rideshare drivers were a pre-booking feature, the ability to both give to and receive detailed feedback from passengers, and a guarantee they would not be removed as a driver from the service without consultation.

The Shebah service and app essentially works much like other rideshare services do – a driver signs onto the app and accepts rides like they would on Uber, for example, while passengers on Shebah can similarly get a fare estimate before requesting a ride.

Beyond limiting the service to women, Shebah shows it has been designed with women in mind by allowing passengers to easily pre-book a car with a baby capsule or booster seat for young children (a feature offered by Uber in the US, though not yet in Australia). Drivers will be given an extra fee for carrying child seats.

Drivers also have the right to refuse a passenger without penalty if they turn up and feel unsafe, or turn up to find a male waiting with the female passenger.

The rideshare space is a difficult one for new players to crack thanks to, of course, Uber. The brand is now well-established in pop culture, with ‘Ubered’ and ‘Ubering’ now part of the lexicon. Uber’s VC dollars also allow for the discount codes and cheap fares, the main draw for many riders.

As such, the pricing of Shebah’s fares will be interesting – I know from speaking to my group of girlfriends that some would pay more for a female Uber driver, while all others are after is the cheap ride.

Exact pricing for Shebah is yet to be revealed, but McEncroe is adamant the service will be “competitive”. Shebah will take a 15 percent fee for each ride, with one percent of this to be split between three female-focused charities Shebah is supporting.

The service will also give free financial consultations to drivers during the onboarding process, helping them plan for super, sick days, holidays, and so on, with this part of the community feel McEncroe hopes to foster; Shebah wants to be more than just a rideshare service, but a positive influence and support for women.

A few weeks ahead of launch, McEncroe said 1,000 drivers have begun the onboarding process in Queensland, NSW, and Victoria, with around 200 ready to go.

Thanks Queensland and NSW regulating ridesharing, much of the onboarding process revolves around satisfying state laws and undertaking state checks, with Shebah then conducting working with children checks and car inspections. Shebah undertakes further checks in Victoria, where regulations around ridesharing are currently being developed.

Of the drivers ready or currently being onboarded, McEncroe said the majority are aged around 30-60, many of whom have been driving for their community, doing Meals on Wheels or the like, for some time.

As the service grows, McEncroe is hoping to encourage university students to join as drivers and also position Shebah as an option for women looking to get back into the workforce.

Shebah will be launching into Sydney, Melbourne, Geelong, Brisbane, and the Gold Coast next month pending testing and approval from the App Store.

Having faced criticism from all sides throughout the journey to launch and knowing more will come when the official launch comes, McEncroe said she knows Shebah won’t be everything to everybody, but nor does she want it to be.

“I’ve had some amazing, gentle cab drivers over the years and I want them to continue driving, because the purpose of my business is not to disadvantage men – you can give something to women without taking anything away from men,” McEncroe said.

“Bringing Shebah into the world will not make men less safe or inconvenience them in any way, it just provides a positive option for some women who might want to use it. Some women won’t give two figs about Shebah, but for some others it could change their whole way of feeling.”