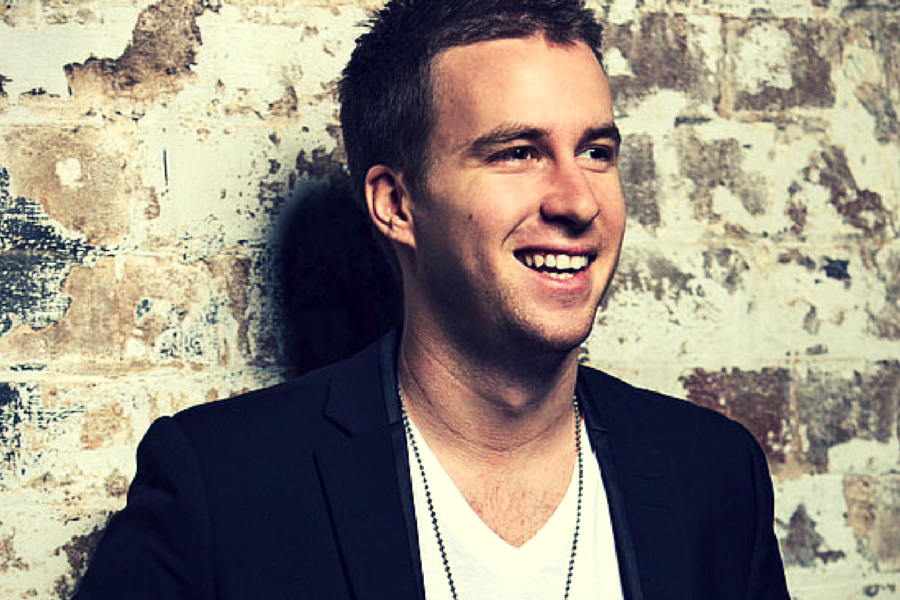 It would have been about four years ago now that I first attended an event that was at the time called “The Young Entrepreneurs Un-Convention”. To be honest, I didn’t really understand what the term ‘entrepreneur’ meant; I grew up working bottom up in a corporate environment. I thought ‘entrepreneurs’ were just those people that talked shit about their wanky revolutionary ideas at parties.

As I cast my mind back and look around the room, I see the faces of those who went on to launch businesses like OrionVM, Showpo, Evolvex and ITGenius, to name a few. There was about one or two hundred people in the room. It was a small amphitheatre style lecture room at the University of Technology, Sydney – a stark contrast to the main auditorium at Sydney’s Town Hall that the bi-annual event now sells out.

If memory serves me correctly, it was just prior to going on a lunch break that a young gentlemen by the name of Jack Delosa took the stage. At first, the corporate cynic in me was like ‘why is this impeccably dressed teenager delivering a keynote?’ That keynote, however, was the reason that this publication in its earliest form, a physical magazine went to print on its first issue, just three months later.

Setting yourself apart from others in the speaking and educational industries requires a hook; Delosa’s was first being the face of Gen Y entrepreneurship in Australia. Years later, this evolved into him being the young millionaire that never finished university. In an industry that is competitive and full of snake-charmers, he has managed to stay true to his vision and keep his humanity intact, rising fast to become a major figure of influence in the Australian business and education scene.

It is easy to see why Jack developed a dislike for traditional education, the rules of conformity at schools (especially private schools) is a recipe designed specifically to denounce individuality and out of the box thinking. I remember once on a school excursion, I got in trouble for wearing a bright yellow tie (it was casual dress day) because it sent out the wrong message and was highly inappropriate – in other words, I looked like a big homo. That’s the problem with traditional schooling; it is only ever fun for the status quo and those who have boring dreams.

Delosa did go on, however, to achieve a pretty good score in his VCE and went to university, where he studied Law and Commerce. This lasted three months, and he decided he wanted to start a new venture with two other entrepreneurs he knew. It was at this point that a series of life changing events occurred. Delosa quit his university degree on a Thursday; his brother Tom passed away on the Friday; and the new venture he partnered with two other young entrepreneurs to build started on the Monday.

In an interview a couple of years ago, when I asked Delosa how he was able to do that and cope mentally he said Tom was the closest person to him in the entire world. They both were borderline identical, sharing the same addictive, rebellious, ‘don’t give a fuck’ attitude. He told me that when it happened, he went completely numb; that physically, spiritually and mentally he shut down, almost not acknowledging it and continued to build the business he had bought into. It was a couple of weeks later that he told his parents that he had left university.

Like many of us, Jack went into business with a very romantic notion of what it was to be an entrepreneur, driving around in BMWs and Lexus’, partying and living the wild lifestyle. He thought life was great and had no idea about the importance of the bottom line. He acknowledged though, that such a mistake catches up with you very quickly; and it is when you are in a dire situation, that your focus is forcibly pulled towards it.

Grieving for his brother’s death came around the same time things started to turn around for the business. In previous interviews, Delosa told me that being so young he was unaware about ‘how to grieve’ at the time. He was still only 19 years of age and now sees the grieving process as something that gives a person strength and helps shape their character.

The first business Delosa started as a teenager continued to experience its ups and downs and eventually he made the decision to exit from the company.

The Entourage was actually 23 years in the making. Twelve months prior to starting, Delosa was having an argument with himself and had two different mentors both representing the head and heart giving him two conflicting pieces of advice. The head told him that the market for educating young entrepreneurs had no money in it, that he was good at doing commercial deals and he could make a lot of money from that. The heart mentor said he should follow his passion, that he was not going into the business to make money, but that money would follow.

In the end the heart got the better of him, and he started it driven by the same dissatisfaction he felt when he was nine years old and his parents had to shut down the not-for-profit they had started called Breaking the Cycle. He wanted to make a real difference in the education space for Gen Y.

The first six months were quite good; it was new, people partnered with The Entourage and overall, it was an exciting time. Then from the six month to 18 month mark, things stagnated and hit a plateau. There were moments during this period of time when Delosa would flirt with the idea of going and starting a real business. At the time, Delosa himself said he wouldn’t have even called The Entourage a ‘real business’.

Delosa said that lack of focus is the number one killer to any startup business, and in building his business, he has focused on one thing only – education. This precise focus is steering the company towards its goal of having a $500 million valuation by the year 2023.

Over the last 24 months in particular, Delosa’s business The Entourage has become a community of over 60,000 entrepreneurs. Not only has that resulted in financial success – Delosa was listed on this years BRW Young Rich List with an estimated net worth of $25 million – but it has also grown his influencer status, dramatically. His best selling book ‘Un Professional’ which was released earlier this year has further contributed to this growing influence that Delosa has accumulated.

With growing influence comes a greater social responsibility; and I asked Delosa whether or not he felt that pressure. His reply was that everything he has done so far and continues to do comes from a place of his own personal truth.

“As long as you are coming directly and unapologetically from that place, you know you are doing the right thing,” he said.

The only pressure we should ever really feel, is the pressure to be ourselves completely. Delosa says this is at the core of everything he does.