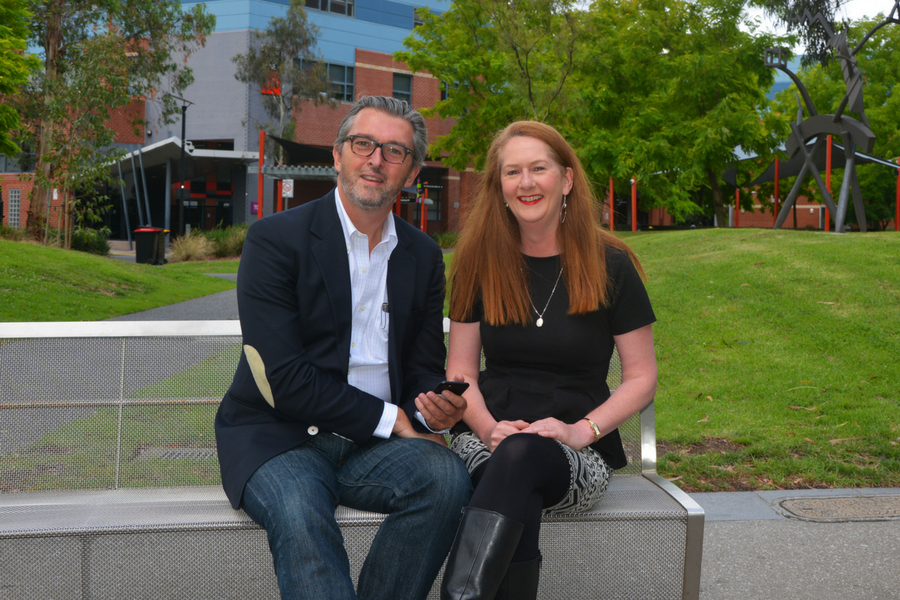 According to a report from the Grattan Institute, about 40 percent of Australian school students are unproductive, bored, and struggling to keep up in class on a regular basis.

Problems with engagement flow on to university, where the national dropout rate for first year students last year rose to 21 percent, the highest it’s been in over a decade; adjusted for students who changed to another course at the same university, the dropout rate is 15.2 percent.

Looking to combat these figures and ensure students are engaged in their studies is Victorian startup Quitch, which essentially works along the thinking that kids these days are addicted to their phones and uses it to its advantage.

Cofounded by Dr Grainne Oates, and Professor Dan Hunter, Quitch has created a gamified learning app that looks to truly engage students in their learning by reminding them outside the classroom via push notifications to answer timed quiz questions based on their coursework.

The idea came to Oates, a senior lecturer in accounting at Swinburne University of Technology, through her own experiences; she wanted to find a way to encourage her students to engage with course content outside the classroom, in a sense too extending the classroom.

“Students reported that distractions came from fun games on their mobile devices. Following a focus group, they told me they wanted learning to be fun and mobile. I was pushed to bring it to life because I could see about 20 per cent of my own accounting students struggling with some of the particularly dry course content, but it’s not until the end of the semester that you find out, when it can be too late,” she explained.

“I know students don’t come to university to fail. They lead very busy lives and I felt the student voice was not being heard, across universities here and around the world, which is why I ran my own focus group. I thought I could convert what was currently distracting them – games on phones – to engage them by making learning an enjoyable experience. It could be educational and entertaining.”

Beginning work on the app several years ago, Oates said the most challenging part was finding the initial funding to bring it to life. With a mix of personal investment, seed funding from the University, and private investment, Oates went on to contact the University’s head of gamification to see if he could recommend someone to help develop it, and the first iteration of Quitch was born.

Oates then brought on as Hunter, an expert in gamification in education, when he joined the University a year later.

For students, Quitch works by having them download the app and sign up with their email. They then receive push notifications when a question is available for them to answer, with their responses earning them badges and progress tracked through class or course-wide leaderboards.

These questions are input by teachers, of course; a teacher uses Quitch by logging into a web portal, copying in students’ emails, then creating a class comprised of topics and questions. As students answer, teachers can access analytics that give them insight into what topics students need help with and which students may be at risk.

Once content is uploaded across a semester, Oates explained it’s ‘cloned’ going forward, with teachers then having to update push and expiry dates, as well as the new set of student emails, for the next semester or year.

Quitch already has an impressive number of users on board; there are 99 pilots being rolled out across the globe with universities such as UC San Diego and Columbia University in the US, the UK’s Leeds University, and education provider Kaplan in Singapore.

“We presented Quitch at academic conferences, and asked interested parties to sign up for a trial. We were overwhelmed with requests, then word spread from one institution to another,” Oates said.

To further its international growth, Quitch is currently working from the Austrade landing pad in Singapore, an experience Oates believes has “already been a great success” for the startup.

Looking to expand its potential beyond universities, Quitch has been invited to present to the National HealthCare Group and at the Tan Ten Seng Hospital, where a trial is underway to look at the use of Quitch to train registrars and other medical professionals.

The startup is also gearing up to sign with a distributor to roll out Quitch across secondary schools in Malaysia, while a publisher is also looking to the app to add an interactive element to the assessment booklets they sell to primary and secondary schools.

Beyond the numbers, Oates said the startup has also gained a number of interesting insights from students around how they’re actually using the app and how it helps them.

“They have reported that while they often felt they understood the material delivered in class, now they’re able to check their comprehension outside the classroom they found they were not as on top of the material as they thought,” she explained.

“This encouraged them to revisit the material via Quitch, and they also were driven to perform better as they wanted to see their name move up the ladder board, and they wanted to earn more badges. It’s an addictive motivator. They also reported using Quitch for revision purposes as they had 12 weeks’ worth of material on their devices. They generally did this while travelling to and from uni and work.”

To help explore international opportunities further, the Quitch team is also getting ready to present at SXSW in Texas as part of Austrade’s G’Day USA program.

The startup has plans beyond just a gamified learning app, however, with Oates saying Quitch aims to build a truly mobile learning management system.

“This is what students are requesting, and this is where technology is at. We will not be going back from mobile, so there is a true market demand for this. Canvas and Blackboard have mobile interfaces, but they’re not strong and attempts at apps have so far been unsuccessful,” she said.

Looking ahead, Oates said Quitch will be ramping up its sales and marketing efforts to convert its pilots and secure commercial license agreements; its decision to license the platform to partners or distributors was made to ensure Quitch would have global reach.

Work is also underway on version three of Quitch, which will have deeper, more personalised analytics and integrations with learning management systems.