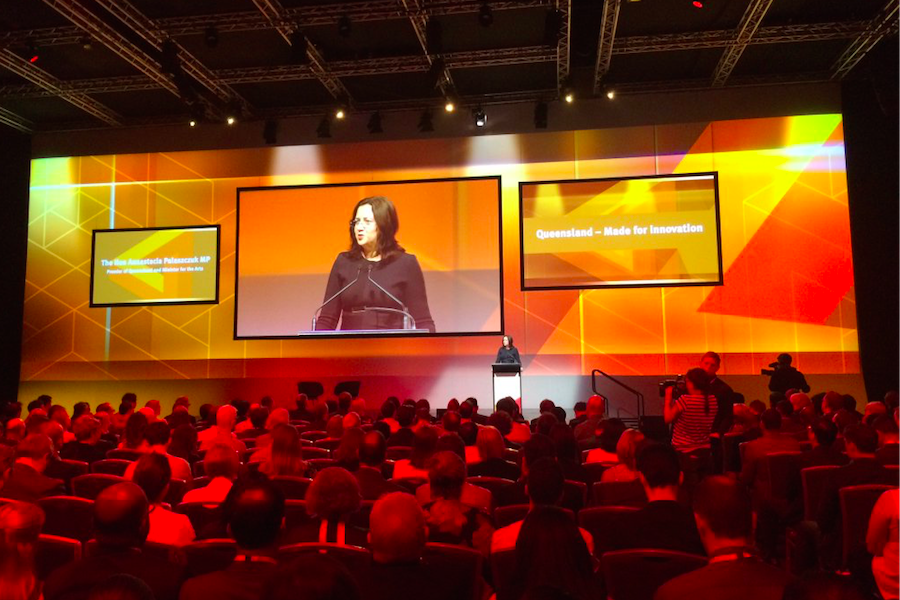 The Queensland Government has made a number of announcements at the Advance Queensland Summit today, allocating funding for an innovation precinct in Brisbane’s Fortitude Valley and Hot DeskQ, a program looking to draw interstate and international startups to Queensland.

Premier Annastacia Palaszczuk announced that $4 million from its Advance Queensland fund will be put towards the development of an innovation precinct, which will look to develop the state’s startup talent by bringing startups, incubators, investors, and mentors together under the one roof.

“This Startup Precinct – which will be part of a network of hubs across the state – is one way we can ensure that Queensland increases the number and success rate of our high-growth potential startups,” Palaszczuk said.

Minister for Innovation Leeanne Enoch, said the precinct has already secured its first tenants, with River City Labs and Data61 signing on as foundation partners.

Set to open in October, the precinct will be located in the 5,200 square metre TC Beirne building, formerly home to a department store.

“The site was chosen following collaboration with the local startup community and, when connected to startup hubs across the state, will provide a collaborative ecosystem for startups to make an impact on global markets,” Enoch said.

Steve Baxter, founder of River City Labs, said the precinct is an example of what the startup community wants and needs, and will have the ability to attract top talent to Queensland.

“With the expanded space and facilities, River City Labs will be able to do more mentoring, increase the number of accelerator programs, help create more jobs, and continue to contribute directly and indirectly to Queensland’s economy,” Baxter said.

Peter Leihn, Data61’s director of business development and commercialisation, added that Data61 intends to be a “central participant” within in the precinct, working with government, the community, and its university partners, to support the Queensland ecosystem.

News of the precinct comes a few months after Fishburners and Little Tokyo Two were announced as the first tenants of a new council-funded $5 million incubator, The Capital, set to open in Brisbane over the next few months.

Palaszczuk and Enoch also announced the launch of an $8 million Advance Queensland Hot DesQ program, part of Startup Queensland’s $24 million initiative to encourage national and global startups to relocate to Queensland. The initiative is a digital campaign to showcase Queensland as the gateway to the Asia-Pacific.

“We can be an entrepreneurial hotspot – the Startup State – and Hot DesQ is central to making that a reality,” said Palaszczuk.

Up to $100,000 will be offered to support successful startups to base themselves in Queensland for a minimum of six months, where they will be able to pursue their businesses and in turn help to grow the state’s entrepreneurial sector.

“The Hot DesQ program will benefit Queensland startups by providing them with international connections and access to global startup communities, investors and international markets,” added Palaszczuk.

Enoch said the campaign will look to showcase Queensland’s competitive advantages, including proximity to the Asia-Pacific region and capabilities in med-tech, agriculture, aviation and mining.

“By basing the incoming startups in existing innovation hubs across Queensland they can share their experience, and connect with local businesses, industry and researchers,” she added.

One of Queensland’s fastest growing region and areas with emerging social enterprises is the town of Ipswich. Startups are looking towards the town to export and scale their products in an environment that harbours more collaboration. Last month Ipswich opened a new council-funded innovation hub called Fire Station 101 to facilitate startup connections, access to tools and mentoring in the regional area.

Hot DesQ looks to further collaboration in regional Queensland by offering mentors and funds to successful startup applicants around the state, looking outside Brisbane. The program has been modelled on successful international programs including Startup Chile and the French Tech Ticket. The government said this new model will help Queensland transition its economy from a dependence on resources to a globally competitive digital economy.

“We want to capitalise on global expertise and connections, and the program is designed to ensure that startups across Queensland are at the core of this program,” said Enoch.

The Hot DesQ locations will be based in Townsville, Gold Coast, Ipswich, Sunshine Coast, Brisbane, Cairns and Toowoomba. Applications for international and interstate startups to participate in the program are now open.