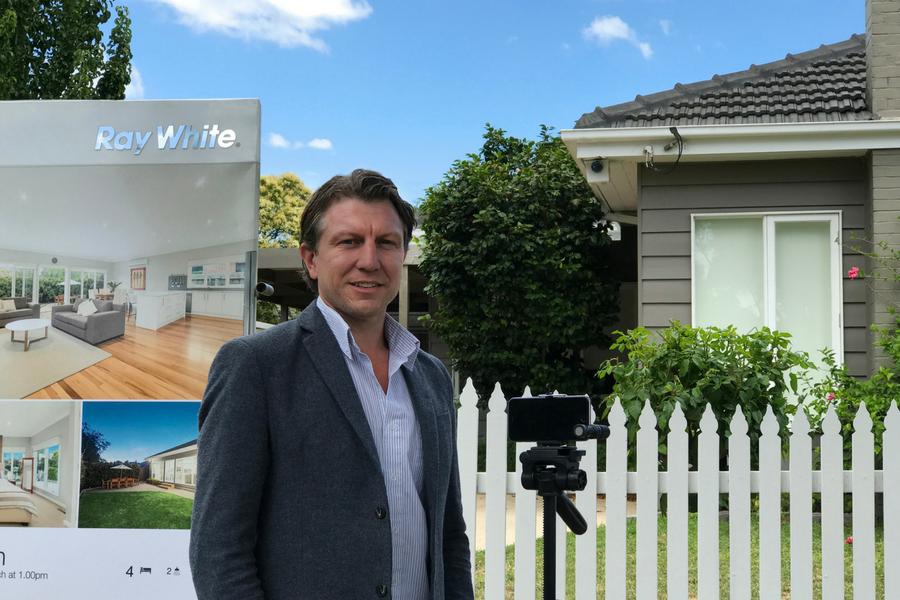 As the property market continues to dominate the national discourse – the current issue leading the news cycle is whether buyers should be able to access their superannuation in order to buy – the number of startups working within the space seems to be growing in proportion to the number of headlines.

We’ve got those helping sellers find the right agent, startups working with VR to create virtual walkthroughs and inspections and properties, and fintech platforms helping buyers invest in property brick by brick, among others, and now joining the mix are platforms allowing agents to live-stream auctions and take remote bids.

Founded by Joel Smith, Leith Donaldson, and Michael Artup, Gavl is a live streaming video platform made for the property market, allowing real estate agents to broadcast their auctions in real time.

“We believe Gavl is solving the problem that potential buyers have, where they aren’t able to view or take part in an auction because they can’t physically be there. For example, investors, phone bidders, interstate and international buyers,” Smith said.

The idea came from Donaldson’s time house hunting; like many in Australia’s major cities, he was attending several open houses and auctions each week, getting auction fatigue.

“There were also several occasions where he was at an auction and the reserve was being blown out of the water, all the while, another one was happening at the same time which was within his budget,” Smith explained.

That made Donaldson to wonder why he couldn’t have watched the other auction online so that he could have seen both.

“At the same time, Periscope was starting to make headway with live streaming. The more we looked into it, the more we believed it would be achievable from a technology point of view,” Smith said.

From a business perspective too, they felt there was a growing market for being able to watch and participate in auctions digitally and, with funding from Flight Centre founder Geoff Harris and his son Brad, who is behind the Sporting Globe pub chain, work on Gavl began.

The main problem facing platforms in this space is latency, or the lag of video; according to Smith, the technology available when the Gavl team began work had managed to reduce lag to 10 seconds. When you’re bidding on an auction, though, 10 seconds can be the difference between moving into your dream house or leaving empty handed.

“We did a lot of research, tested a lot of third party products and called on a lot expertise from developers all over the world,” said Smith.

“From there we grew our own development team and created a custom made platform where we could create an app absolutely purpose made for our use and unique set of requirements.”

With Gavl claiming it has reduced lag to around one second, a viewer logging onto the app or site can browse listings and shortlist properties like they can on the likes of realestate.com.au or Domain, and start watching in real time when an auction goes live.

To stream, an agent simply sets up a smartphone on a tripod and launches the stream. Smith explained Gavl has been built so as to allow agents to do it all themselves, however the startup is currently offering to stream on behalf of agents as an additional service.

To extend the app’s purpose, Gavl will over the next few months look to incorporate a tool allowing remote bidders to take part in an auction; as Smith explained, it would work like phone bids do now, where phone bidders speak to agents at an auction to communicate their bids. With Gavl, an approved bidder would communicate the bids to an agent via the app, with the auctioneer left to accept or reject a bid.

Also looking to conquer this space is FinalCall; the platform already allows buyers to track bids at an auction and bid themselves remotely through a secure auction room, while also offering video and audio.

Paul Arnost, founder and CEO of FinalCall, said, “Auctions can be a nerve-wracking time for the vendor and the real estate agent. Half the battle is making sure buyers show up and the other half is selling the property for the best possible price.”

FinalCall looks to be the solution by enabling agents and vendors to attract a wider audience through online viewing and bidding, with FinalCall first vetting potential bidders before passing them on to agents.

“As we know with most industries, and particularly as we are becoming so digital, there is always going to be a host of businesses trying to work out a better way of doing things. We keep a very close eye on what’s going on around us,” he said.

With foreign investment in Australian property continuing to grow, so too does the potential market for the likes of Gavl and FinalCall.

Both startups are now focused on onboarding agencies, with FinalCall also looking to close a $1.6 million seed funding round.