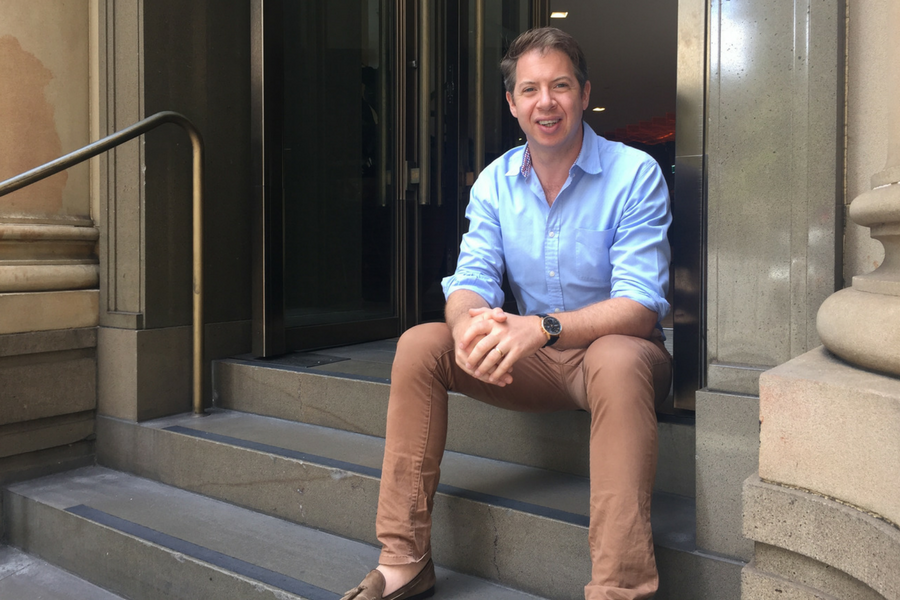 The median house price in Sydney officially hit $1.1 million earlier this week, prompting yet another wave of debate about housing affordability and whether we are in a ‘housing crisis’.

Newly-minted NSW Premier Gladys Berejiklian has spent much of her first week in the job answering questions about the issue, considering supply and demand and the old negative gearing issue, while for Deputy Prime Minister Barnaby Joyce, the solution is quite simple: get out of the cities and move to regional Australia.

Many a young Australian has given up on the dream of property ownership, deciding instead they may as well keep splurging on smashed avo for brunch, while others have come up with solutions like CoHome, a Melbourne startup looking to help millennials co-own a home with their friends so they can actually afford to buy one.

Another solution allowing Australians to grab a piece of the property market is Brickx, an online platform allowing individuals to invest in the residential property market one brick at a time. A property is purchased and put into a trust, then split into 10,000 units – or bricks – which can then be bought by investors through the platform.

Investors can buy up to 500 bricks in a property; price varies depending on the property, starting at $69. Investors are then paid their monthly share of the net rental income, paid into their digital wallet, which can be reinvested into more bricks or withdrawn at any time.

The properties are also independently revalued on a regular basis, after which investors can buy and sell bricks amongst each other on the Brickx Exchange. Brickx makes a commission of 1.75 percent each time a brick is bought or sold.

For some, the fact that property ownership has been reduced to a couple of $69 bricks may seem like a sad state of affairs.

However, rather than the be-all and end-all of property ownership, CEO of Brickx, Anthony Millet simply sees the platform as an alternative to the growing crop of robo-advisors and micro-investment platforms such as Acorns or Stockspot.

“We are competing for the share of the savings wallet that has typically been with banks or fund managers. There is a new breed of alternative consumer-facing fintech businesses which are providing alternative options for investors…the market for investing is huge, and we’re collectively disrupting and educating the Australian investor on alternative options which are largely designed with the consumer as the first priority,” Millet explained.

The company was founded by executive chairman Markus Kahlbetzer over two years ago, Kahlbetzer believing that investing in residential property should be as easy as investing in shares, without such a large amount of capital required.

With over $3.5 million in funding from partners BridgeLane Capital, Brickx launched to wholesale investors in 2015, then worked closely with ASIC through its innovation hub to build an offering that satisfied the regulator’s approval requirements to launch as a retail product late last year.

The core of the product, of course, is the properties. As Millet explained, the company works with property professionals, including Nerida Conisbee, chief economist at REA Group and Tim Lawless, head of research at Core Logic, to define its buying strategy, which is then executed by its buying team.

“The team are looking for properties that are likely to yield good results in stable suburbs which have a good track record for capital growth. These suburbs tend to be considered ‘blue chip’ and are typified by having strong rental demand, limited opportunity for large-scale development, and low vacancy rates,” Millet explained.

The buying of the properties is underwritten by BridgeLane Capital; they are then placed in trusts and managed by the trustee Theta Asset Management.

There are currently seven properties on the platform, in Mosman, Double Bay, Bondi, Enmore, and Annandale in Sydney, and Port Melbourne and Prahran in Melbourne. As a general rule, the team targets properties in the value range of $400,000 to $2 million, with yield of 2.5 percent to 4.5 percent, depending on location.

Over 2,200 investors have signed on since Brickx launched last September. According to Millet over half the platform’s investors have deposited funds on Brickx more than one, with an average of three times.

“Investors tend to start off small, with a few bricks, but as they see the returns come in and uplifts in the property value, we see regular saving behaviour with repeat deposits,” Millet explained.

The startup’s target market is quite broad: simply anyone who wants to invest in residential real estate. However, Millet said the team has seen a few distinct groups emerge.

There are the millennial investors who are dipping their toes into the property market for the first time, with over 50 percent of investors under 35 and 70 percent of these having never invested in property before; then there are those investing into Brickx through their self-managed super funds, and those whose Brickx investment is part of a diversified investment strategy.

To further expand its appeal, Millet said Brickx is working on a product to help parents save for their children’s future.

“The Australian market is well versed on the potential benefits of investing in residential real estate, so we just need to work on demonstrating that Brickx is a viable platform,” Millet said.

As it looks to expand its reach over the coming months, Millet said the startup is currently recruiting developers to accelerate the roll out of its tech product pipeline, which includes a savings plan and an app. It will also be pursuing a capital raise.