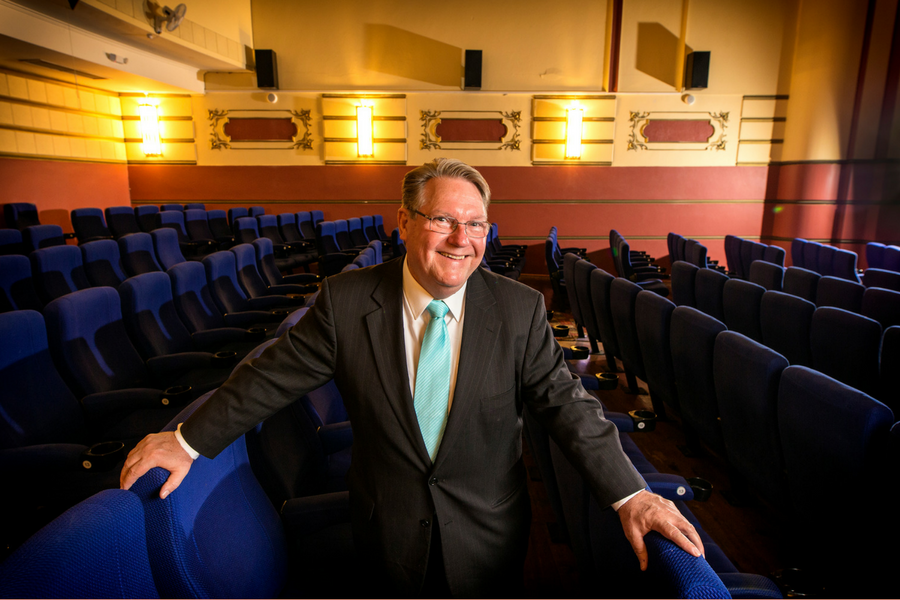 What’s more inviting than spending a night out on the town is curling up in bed with either that special someone or your dog and watching Netflix or Stan. ‘Netflix and chill’ is now a social norm and it’s totally acceptable to watch one whole series in a night, hell one whole show in a day. With subscription video on demand [SVOD] services growing rapidly around the world, watching content is easier and cheaper than ever before.

Last year the Australian Communications and Media Authority [ACMA] found that an estimated 17 percent of adults in Australia watched video content via SVOD in a six month period. Australia’s homegrown SVOD service Stan is converting over 70 percent of its free trial users to paying customers and it reports its adoption rate is increasing faster than that of Netflix in Australia.

The increasing adoption rate of on-demand tech has resulted in numerous shows being watched around the clock on any given night, however while users are tuning into shows at home, cinemas are still running dry on week days. The concern is, not only are people not turning up for the big Hollywood blockbusters, but they are rarely making an effort for Australian independent films. Sometimes getting Aussies to watch homegrown movies is like drawing blood from a rock.

“My greatest concern and my biggest challenge is to get Australians to watch the film,’’ said Australian actor turned director, Josh Lawson, on the promotion of his new film The Little Death.

“And that seems to be mission impossible,” he added. “It’s tough to get Australians to trust Australian films.”

Perth startup Demand.film is on a mission to fill those empty cinema seats on the quietest nights of the week and secure the demand of audiences who want to watch films that are off the beaten track. Demand.film as a whole is looking to transform the future of cinema distribution around the world.

“So many great films these days are being released straight to SVOD and TVOD [Transactional Video On Demand], never to see the inside of a packed cinema house with an appreciative audience seeing it the way the filmmaker intended: theatrically. These great films deserve a wider release beyond their film festival debuts around the world. Demand.film intends to change this for good,” said David Doepel, senior executive of Demand.film.

The startup looks to be the world’s largest cinema chain, without even owning a cinema. Doepel describes it as the Airbnb and Uber for movies.

“We are like Airbnb because we own no buildings – but use excess capacity in cinemas and fill them with patrons when they would otherwise have perhaps handfuls of cinema goers. We are like Uber because anybody can host and/or ‘drive’ a screening.”

Demand.film uses a range of influencers to advertise film screenings via social networks, sending out invitations to a target audience. As the name suggests, screenings are made possible because of their demand. Members of the general public request a screening and if there is enough demand the film is shown on the big screen. Demand.film has partnered with a variety of cinema chains including Dendy, Event and Hoyts, and justifies the screening of films based on market interest. The startup essentially is a crowdsourcing platform for the screening and distribution of films.

“We have calculated for every screening the break-even threshold – if that many tickets aren’t sold by a certain date then the screening doesn’t go ahead,” Doepel explained.

Looking at this crowdsourced model, New Zealand startup SuchCrowd is also taking the same approach, but to live music and theatre events. The startup pushes out a proposition of a ticketing event and if a large enough audience responds with interest than the event gets the green light.

Crowdsourcing is not a new model, but it is starting to move into various different industries as a way for independent films and ticketing events to gain traction and combat revenue loss during the quieter periods.

Andrew Hazelton, LA-based director of Demand.film, said, “Cinema managers will tell you the truth, on the quiet nights they’d be lucky to get 10 people for some sessions. We have been averaging 120 people on these quiet nights, with some sessions achieving sold out performances of 800 people paying full price. Such is the power of crowdsourced cinema on demand.”

Demand.film has launched its platform in Australia and more recently has expanded into New Zealand, the UK, and Ireland. By 2017 Doepel hopes the startup will be add another six countries and is looking to Europe as its next market.

To date Demand.film has received approximately $500,000 in investment from private investors and ScreenWest in Western Australia. Currently the startup is seeking a US$3 million raise as a pre-IPO.

What’s even more exciting for Demand.film is the new platform its team has been quietly working on. The platform uses blockchain technology to enable independent filmmakers to negotiate a multi-country release in one single deal. While the Demand.film team are being tight lipped on the features of the new platform, Doepel said that the upgraded functionality has been specifically designed with audiences and cinema in mind.

Vice president of operations and development for Demand.film Barbara Connell further explained, “We’re incorporating some fantastic fintech, which includes Blockchain technology. This will be complemented by new dashboards that can be married to social media campaigns and other social media activity. While this all seems very complicated, the platform has been designed to be very easy to use and to be nimble.”

The new site will be launching in Australia, New Zealand, and the UK with a variety of new films curated for special screening around the world including the current world number one chef Massimo Bottura’s movie, Theatre of Life and Josh Fox’s film, How to Let Go of the World.

“Demand.film’s offering will be curated; our team will continue to travel the globe attending all the major festivals and markets as well as collaborating with the world’s top distributors to source the very best, independent movies and documentaries we know will hit a chord with consumers and will work on the platform,” said Doepel.