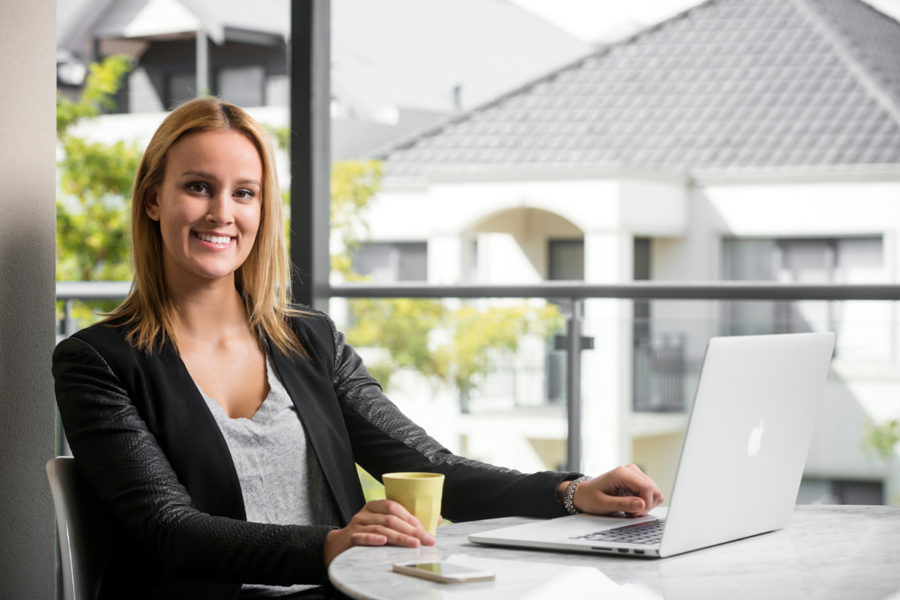 Thanks to the internet, we are living in an age where there is almost no chore that can’t be outsourced to someone on the internet, no matter how boring – from lawn mowing to kitchen cleaning to doing laundry, someone will be willing to do it for some extra cash.

Though Airtasker and Gumtree seem to have the task outsourcing market sewn up, a Perth entrepreneur has launched Buzzy, a new platform that focuses on building a sense of trust between both sides of the marketplace to turn it into a trusted community.

Lauren Trlin, a former lawyer, has been working with the idea of community for a while: she also founded Hitch Me Up, a company helping to bring young professionals together to network and form personal connections.

The idea for Buzzy came when she was working long hours and found she had no time to spare for her growing to-do list of chores around the house. Seeing that her friends were facing the same problem, she decided to launch a site to help them find trustworthy people to come into their houses and complete tasks.

“The process of creating the Buzzy website was long and challenging. I don’t come from a tech background so I teamed up with a developer. My developer and I had no idea how complicated the project was going to be,” Trlin said.

“At the time, I was also working full time in a demanding role as a lawyer. At times, the project would completely stall and I wasn’t making much progress. Despite the very steep learning curve, I’ve managed to create a finished prototype that I’m very happy with.”

Much like Airtasker, Buzzy works by having users create a profile with some information about themselves before posting a task or responding to a task. Each task poster and ‘Buzzy Bee’, or person who completes the task, is then reviewed by the other.

The site is free to post on, though it takes a 10 percent transaction fee from each completed task.

The main difference between Airtasker and Buzzy is the latter’s focus on trust – the site states that the ‘Buzzy Hive’ will be built on “trust, honesty and authenticity.” When you’re talking about inviting strangers into your home to clean your kitchen, that’s definitely something to look for.

Trlin, who has bootstrapped the company since its creation two years ago, said that she had no idea what she was doing when she first started working on the platform.

“I had no mentoring or guidance. Over the past two years I have made a massive commitment to learning as much as I can about startups and business and I have made a conscious effort to meet as many new people as possible. My network and my acquired knowledge has really assisted me in getting to this point,” she said.

While Trlin admits that Buzzy faces difficult competition from the aforementioned Airtasker and Gumtree, she believes that her platform’s focus on trust and community can see it gain a foothold in the Perth market, where users will be happy to see a site based in their city.

Trlin will be considering options for interstate expansion and hopes to execute a seed capital raising round by the end of the year.