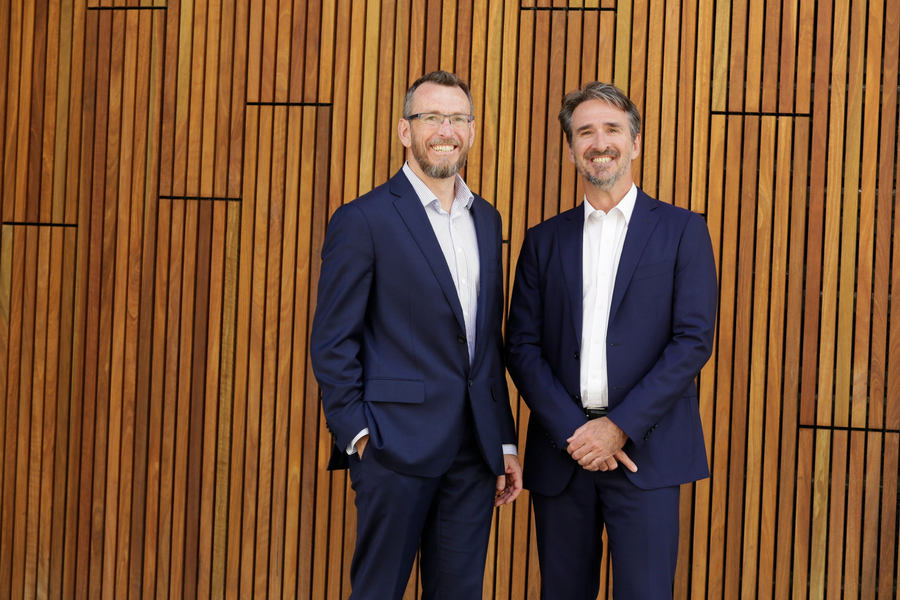 There is much to debate about the growth of Australia’s startup ecosystem, but it is a truth almost universally (well, in Australia, at least) acknowledged that the local fintech sector is doing well, bolstered by government support and corporate involvement.

While most startups look to develop sophisticated products and services to tackle problems across every niche imaginable in the sector for savvy local consumers and companies, Perth fintech Peppermint Innovation thought there were significant opportunities to be found with those entirely new to banking.

Founded by brothers Chris and Anthony Kain, who grew up in the small town of Narrogin, the company is providing mobile remittance services to the unbanked – those without a bank account – in the Philippines.

Statistics show that around 70 percent of the almost 100 million-strong population in the Philippines is unbanked, for a number of reasons; as Chris explained, some people don’t have enough ID to open an account, while the fact that the country is made up of thousands of islands, many of them rural, has also meant it’s difficult for banks to open enough branches to reach everyone.

“Filipino cities present their own challenges. Some cities have 20 or 25 million people. While a bank branch might seem close geographically, traffic and public transport make it extremely difficult to get around the country. Paying your bills or going to the bank in person can take all day, and not everyone can afford to take that time off work,” he added.

According to BusinessWorld, 2014 survey of 18,000 Filipino households found that the foremost reason cited by households for not having a deposit account was not having enough money to keep an account, with service fees or minimum deposits too high for some to afford; a number of respondents also stated that they did not like dealing with financial entities, with trust in institutions low.

Of course, relying on cash can lead to its own problems, with Chris pointing to data from the World Bank that found people who use cash only can lose up to 25 percent a year through misplacement or theft.

“Relying on cash also prevents people from accessing loans which can help build small businesses and build the economy, and this is especially relevant for women, to whom 90 percent of microfinance lending is made,” Chris said.

That’s where Peppermint comes in.

The brothers in 2014 had travelled to the Philippines to look at TelUPay International, a mobile banking app whose developers had spent $9.5 million to deploy it through banks.

“Long story short, the company was falling over, and the shareholders who had money in this company were going to get nothing back; not to mention, their entire team was going to be out of a job,” Chris said.

“And after all of that, this great idea, this great platform, would be just flapping loose. Well, we knew immediately that we had to take it on.”

Taking on the team, Peppermint began to work on the creation of a platform that could provide the same basic services as the existing app to those without bank accounts. The result is MyWeps, a mobile remittance platform.

“The idea is that the consumer can go to an agent, give them cash, and the agent then pays from their account to the payee, who might be an individual or a company. You can use it to pay bills or transfer money between people,” Chris explained.

The remittance model is a popular one in the Philippines, with a number of services in particular set up to allow people to collect from an agent or collection centre money sent by relatives overseas; these relatives can also pay their family’s bills.

Focusing on the local market, Peppermint’s ‘agents’ are sent to homes around the country, providing bill payments services to people without bank accounts across the Philippines.

As well as a partnership with agent service 1Bro Global, which has 90,000 agents across the country, Peppermint recently partnered with Metro Gas Sales, a domestic gas bottle delivery company, to have its delivery drivers become Peppermint agents, enabling them to take payments from the customers they visit for a variety of household bills.

Peppermint takes a small percentage fee on each transaction, paid by the consumer.

This model can work, Chris believes, because while 70 million people in the Philippines don’t have a bank account, most have a mobile phone.

“We learned fast that an agent model actually improved things, and created financial inclusion. A middleman actually made the service more convenient and accessible for a lot of people who might not have a smartphone yet, or who have mobile internet access in town but not at their home. It also creates accountability, a face, a representative to talk to if issues come up, which makes the service safer to use.”

Of course, Peppermint also operates more ‘traditional’ online banking apps for banks in the Philippines, currently being used by Metropolitan Bank and Trust, UnionBank, and UCPB.

The company’s growth was pushed along by its ASX listing in December 2015, a route Chris said he and brother Anthony took over venture capital as they were “attracted to the financial reporting discipline, the corporate governance regime and the continuous disclosure obligations required by the ASX”.

With a foothold in the Philippines, the business is now looking to expand into other markets across Southeast Asia, with Bangladesh at the top of the list.

Despite the growth of the fintech sector in markets like Australia and the US, Chris said Peppermint is happy “providing a real, tangible service that generates revenue”.

“This isn’t brand new tech, there’s other mobile payment operators around the world and we understand that. This wouldn’t excite Silicon Valley, but our results are tangible and we’re making a difference in a market that requires it.”