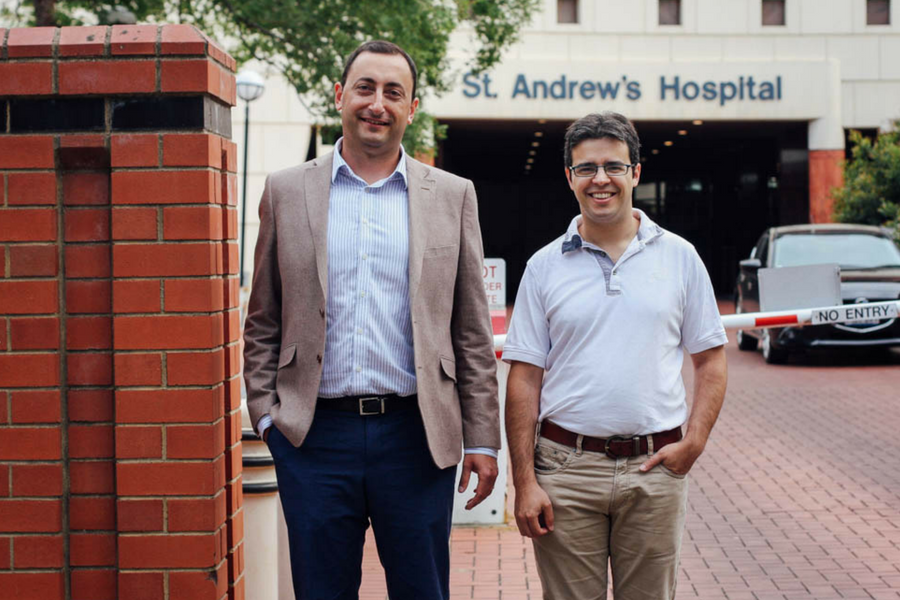 If it hasn’t been experienced first-hand, it’s likely that each Australia has heard at least one ‘no beds here’ tale of overcrowded hospitals that has halted a patient’s admission.

Accessed through a mobile browser, hospitals and surgical clinics are able to send discharged patients checklists and “assessments” to be completed in order to ensure a strong recovery.

The patient is then able to notify clinical staff if there are any issues with their recovery using an in-built messaging system, enabling staff to track when problems emerge and intervene before things get worse.

Personify Care founder, Ken Saman, developed the platform as a way to combat the “frustrating and inefficient” protocols clinical staff traditionally use when dealing with discharged patients.

“Discharge protocols today are predominantly delivered through paper forms and phone calls and we somehow expect that one or two calls across four to eight weeks is going to catch the patient at the moment something has gone wrong with their recovery,” said Saman.

Part of the issue comes from misinformation on the patient side, Saman added; patients aren’t exactly served the information on how to deal with their recovery on a silver platter.

“You have all these patients that are unsure about what to expect during their recovery, calling clinics and hospitals asking about things they were previously told about as they left hospital, when they were least likely to remember,” he said.

The process also saps away time for clinical staff too when they could be placing their time elsewhere, according to Saman, who had identified the “inconvenient” process after seeing it first-hand.

“I was working with a technology company in the ecommerce space where we essentially used data to make it easier for consumers to find what they wanted to buy online. I was then in the hospital, having had two knee reconstructions. The contrast between how easy it was to buy stuff versus how inconvenient it was to go through the recovery process made no sense to me,” said Saman.

The startup kicked off development through self-funding and a $300,000 grant from the South Australian government through TechinSA, funding Saman said was “tremendously” important in the early stages.

Selling licences to either a site or clinician, Personify Care’s pricing structure is framed around the volume of patients accessing the platform, allowing it to flex for both small and large workloads.

To manage a patient’s recovery, clinical staff are able to access an administrator dashboard where they can identify who needs the most attention or support in a twenty-four hour period, based on the data received from the patient’s responses.

“All the nurse has to do is enter the mobile phone number of the patient, which can also be automated by integrating with an existing patient management system,” said Saman.

For a patient to access the platform, they receive a text message shortly after their discharge which links them to creating an account that’s plugged into the nurse’s dashboard.

Based on their procedure, the clinician or nurse forms a list of tasks for the patient to complete, so they understand what exactly they should be doing to progress their recovery. If a patient has any questions or specific issues, they can then message a nurse back using the platform.

Otherwise, nurses send through ‘checkup’ messages based on the set protocol for the patient to respond to, which Saman said typically happens every three to seven days for the four to eight weeks after a patient is discharged.

“This could be about how their pain is going, sharing images of their wound in case of infections, or things like how much range of movement they have if they’ve had a shoulder reconstruction,” Saman explained.

“The result is, patients get the information they need when they need it most so they call the clinic less and nurses go from calling everyone to check on how they are going to now just calling the few patients that need a specific intervention.”

Speaking to whether patient data is being used or commercialised by hospitals and clinics, Saman said that’s up to the clinical team managing the data, who can only use a patient’s data with their consent.

For Personify Care, however, Saman said that the business is looking towards the research space by applying their technology to clinical trials.

Currently, Personify Care is being used within SA’s St Andrew’s hospital, in addition to a number of clinicians across Australia, with Saman saying the business is set on expanding to a rich US market.

“We’ve also just started working with the Texas Medical Centre Innovation Institute in Houston to bring our technology to the US,” said Saman.

“In the US, one in five hospitalisations leads to a readmission within 30 days, costing the health system around US$130 billion. We think we can help them do better than that.”

To accelerate the startup’s international growth, Saman added that the business is looking towards raising a round of funding within the next three months.