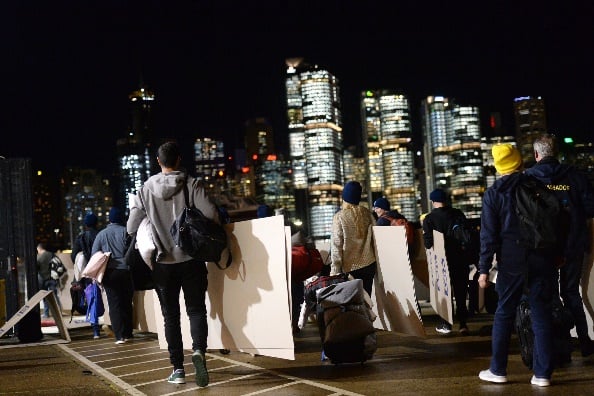 Australians are officially the richest people on earth.

I recently read that some time last year we leap-frogged the Swiss who have had the strangle-hold on the top spot for many, many years. We’ve had 26 years of economic growth – again, the only country to do so – and we’re now the number one consumer of French champagne, per capita, outside of Europe, with imports having grown ten-fold over the past 15 years.

Which makes it so perplexing to think that every night 116,000 Australians are homeless.

Not only is that a ridiculously large number, but that number is growing. How is that even possible?

This is one of the things you can’t help ponder when you’re lying outside on a sheet of cardboard on the coldest night of the year, atop of big slab of concrete, watching your breath make little clouds in the sky.

Last night the annual Vinnies’ CEO Sleepout saw thousands of business leaders across the country dust off their North Face jackets and spend a night sleeping rough(ish), to raise funds and attention for the homelessness epidemic.

I was part of the 380-strong Sydney contingent who turned up to the White Bay Cruise Terminal for a night of mingling, talking shop, hearing powerful stories from some of the people Vinnies have helped, before being sent out into the cold. We bedded down in sleeping bags with million-dollar views of Barangaroo across the water.

Although nice views and waterfront living don’t mean much when you don’t have four walls and a roof around you. Especially with an apparent 90% chance of rain (according to the iPhone weather app, which thankfully has a 90% chance of being wrong).

If you think the word epidemic is a bit strong, you should think again.

As Vinnies CEO and ultimate guy-you’d-love-to-have-a-beer-with Jack de Groot told us on the night, homelessness is up 37% since 2011. The number of homeless women over the age of 55 has risen, and the number of kids between 12-24 without a home has exploded. The problem goes well beyond the (usually) men you see on the street around the city.

Dig a little deeper and huge amounts of families, kids, men and women, are sleeping in cars, shifting night-to-night, week-to-week to crisis accommodation, hostels, and temporary housing, or simply wandering the streets.

“Maccas is open 24 hours, so it was always a warm place to sit through the night”, we were told by Tiffany, a 19-year old girl who bravely got up on stage with her Mum to tell us of their past 2 years without a permanent address. The perfect storm of family illness, domestic violence, and simply getting rejected from rental applications for them onto the street.

Life changes in the blink of an eye

At Startup Daily we talk a lot about the great business success stories. The entrepreneurs who risked it all, persevered through adversity, had the house and the life-savings on the line, and came out on top. And they’re great stories.

But what about those that don’t come out on top, when betting it all doesn’t work out? In many cases, that’s how homelessness starts. Being a business owner means living on a knife-edge, and one slip could leave you in serious problems.

And then there was Robbie, one of the other speakers on the night. A genuine guy, he shared with us the very familiar story of enjoying great success as the owner of a thriving business, a proud family, and great support network, only to find himself in the blink of an eye sleeping on the street having lost everything.

That’s the scary thing you learn at this event, that homelessness is just so close to home no matter who you are. As Robbie said, no one plans on being homeless, on being addicted, on being abused. It happens to normal people, successful people. 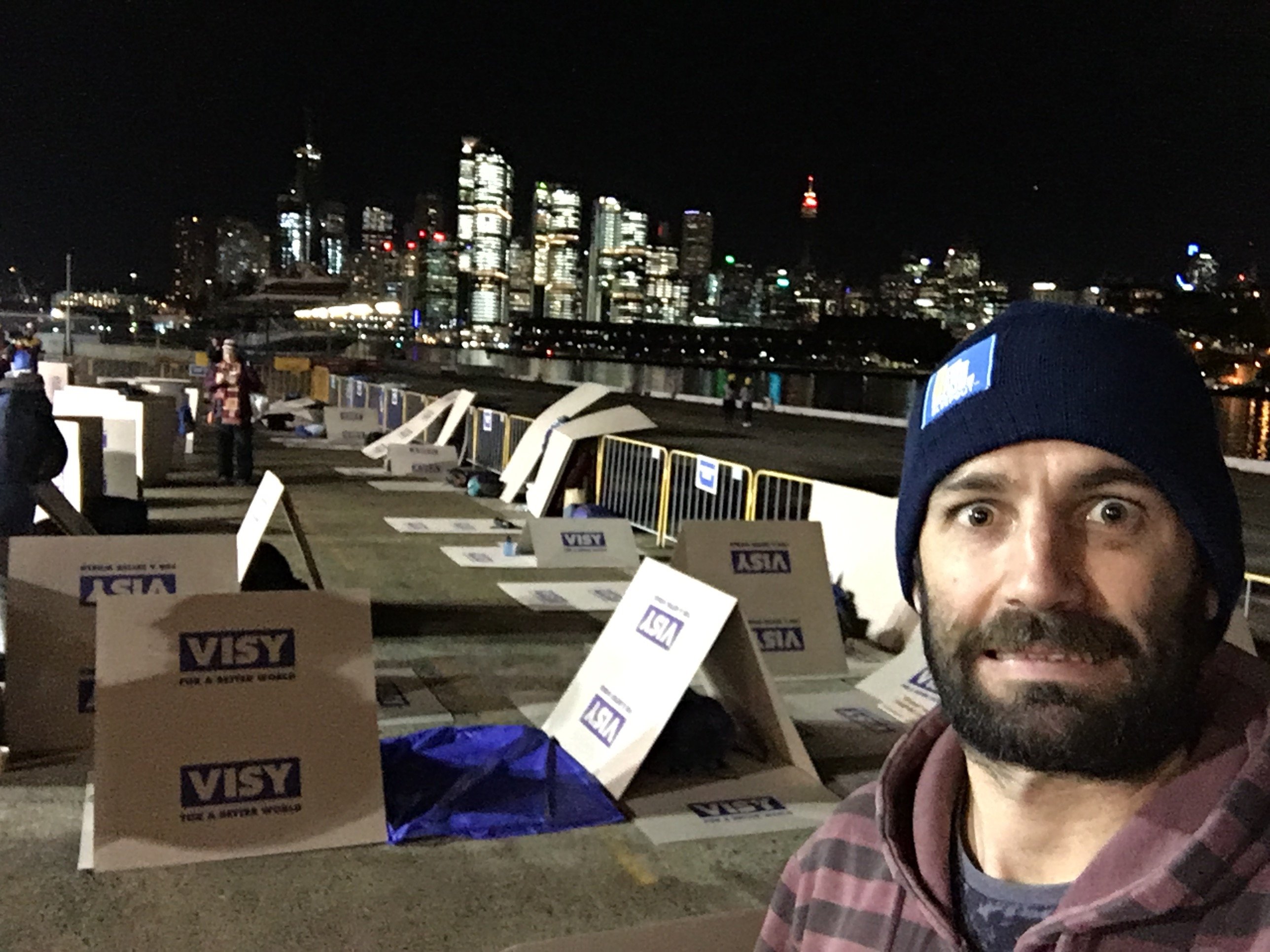 AJ Koch at the CEO Sleepout in Sydney

An idea that makes a difference

For the lucky ones who we met, Vinnies was there to help when no one else was. The work they do is so real, so tangible, and literally life-saving. That’s not according to themselves, that’s according to the people whose lives they’ve saved. The Sleepout itself is a great startup story – a crazy idea from a guy called Bernie who got 10 business mates together in for a Sleepout in 2006. They raised $5,000 that year. Since then, the Sleepout has raked in around $50 Million – much more than the fundraisers we usually talk about on Startup Daily.

After a coffee and a bacon and egg roll, the CEOs drift off to their cars and Ubers and back to normal life. No doubt the experience and the stories stays with them. There’s always a commitment to do more, to get involved, to volunteer, to donate more money… the challenge is remembering this commitment once you’ve slipped back into the routine and comfort.

I had my coffee, my bacon and egg roll, and headed home just like everyone.

On my way home I have to go right past the Mathew Talbot hostel in Woolloomooloo, one of Vinnies’ original projects. Past the shaggy men still huddled in their blankets and sleeping bags on the side of the road, those that couldn’t get a bed at the always-at-capacity hostel.

I was like them last night, but tonight I’ll be back in my own bed. Tomorrow I’ll be having dinner with friends, drinking French champagne.

But they’ll still be there on the street. The women will still be cuddling their kids in cars. And Vinnies will still be on-call like always to help anyone who needs it.

You can still donate to the Vinnies CEO Sleepout participants, here’s my page if you’re willing to support the fundraiser.

* Registrations for the 2020 Sleepout is now open so get involved!

Previous article 5 mistakes to avoid when looking for a business loan
Next article A VR company that gives property buyers a walk through their future home just landed a $750,000 seed round
Via Opinion
Tags CEO sleepoutcharityfundraiserVinnies