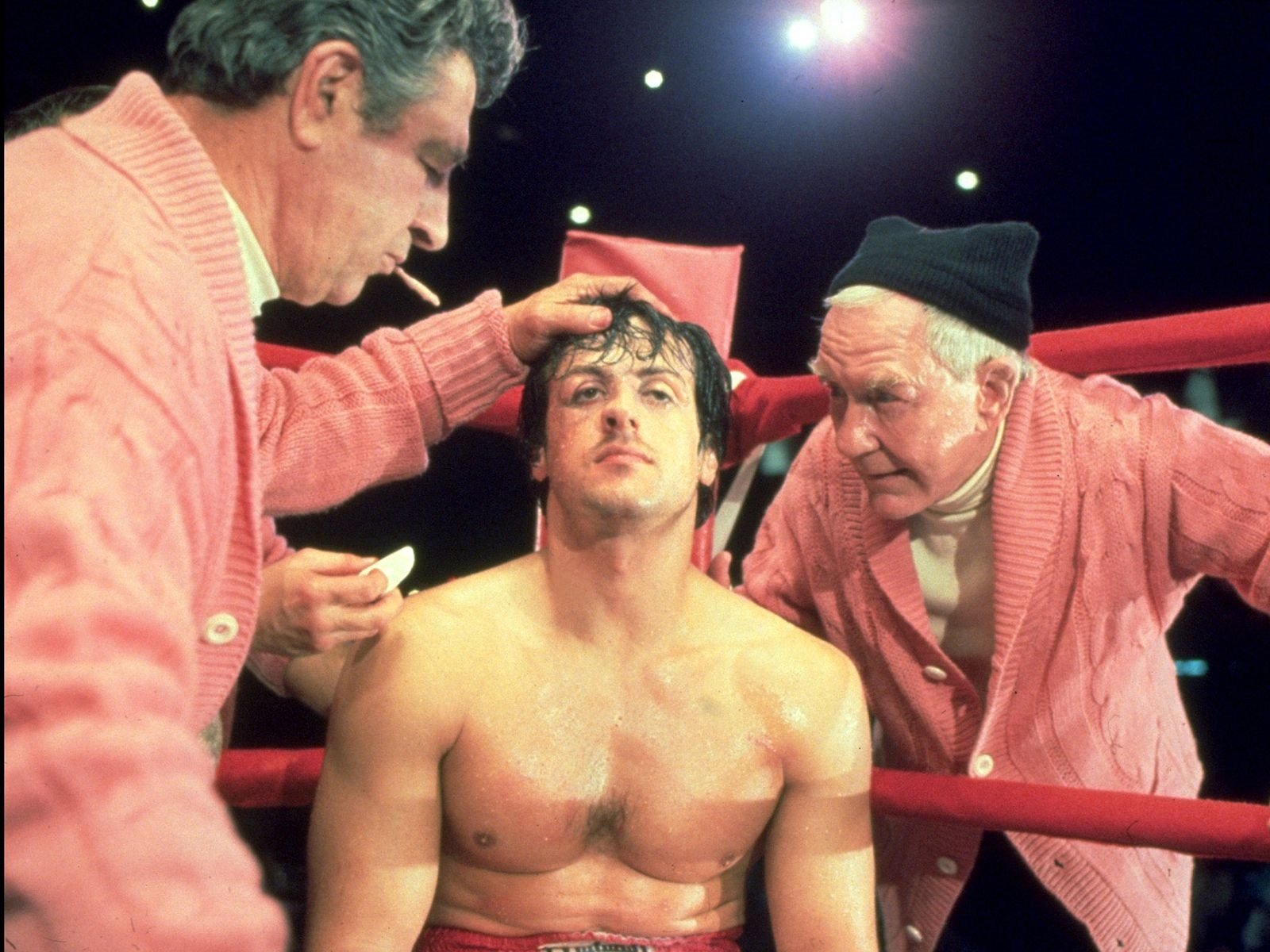 'Going in one more round when you don’t think you can. That’s what makes all the difference in your life.' Rocky

As the world steps into the jaws of another recession, it may be helpful to recall the top three lessons I learned, having been a Venture Capital investor through the last two economic crises to engulf the tech sector in 2001 and 2008.

#1: The world doesn’t end, but be prepared to weather the storm

The key for venture startups losing money is to stay alive long enough to make it to the other side. The survivors will be stronger and nimbler and even better able to capitalize when the tide turns.

As the numbers and economic activity around the Coronavirus worsen, one truism is that cash levels and revenues at startups will fall faster than they expect and, relatedly, faster than they are likely to cut expenses.

These companies can expect their customer’s spending to contract suddenly. They can assume the customer contracts that have minimum volumes or spending commitments will be renegotiated or ignored.

Investment offers will start drying up and the terms of M&A will change dramatically. Companies should plan on their customer lifetime value calculations changing for the worse and be prepared to adjust what they can pay to acquire those customers.

The lesson is don’t rely on business partners to behave rationally or ethically and don’t count on historical business metrics continuing as before. Startups shouldn’t be afraid to cut expenses quickly and ahead of the metrics and partnerships turning pear shaped.

The public markets are only now adjusting to the new reality of recession as the base case. And most businesses are probably going to see revenues contract. But just because times are bad doesn’t mean great companies won’t be able to grow or that smart entrepreneurs with great ideas won’t start amazing companies and receive fresh venture backing.

Traditional brick and mortar thinking is that when there is a recession, funding will dry up and people won’t take risks. But this hasn’t been as significant a trend in the tech sector. Current unicorns like Cloudera, Groupon, Fitbit, Stripe, Airbnb, and Square were all founded during the 2007–2009 period. Multi-billion dollar tech companies like Google, PayPal, and SpaceX were founded not too long before or after the dotcom crash in 2001.

The lesson for tech investors and the very best startups today is that now may be a smart time to raise money. The valuations may be flat or down but prices in private markets take longer to adjust downwards so the lesson is don’t wait! The sooner a company can raise money going into the recession, the better off they will be.

And it’s not like there isn’t money out there. 2018 and 2019 were record years for venture capital fund raising, with ~US$46B and US$58B raised in 2019 and 2018, respectively. The numbers are even more astonishing when looked at through the lens of all private capital (VC plus PE, secondaries, fund of funds, etc.) — see chart, below.

Though the number and size of new funds raised is likely to fall going forward, this hangover from the record capital raisings of recent years means that globally there are hundreds of venture capital firms sitting on large amounts of cash. 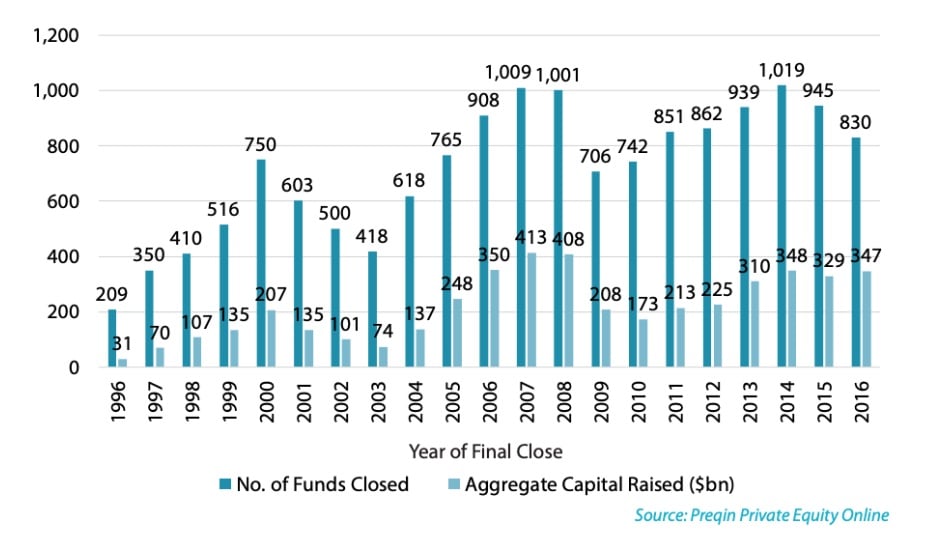 Most of this capital is still sitting there as dry powder with 3–5 year investment periods ticking away. If the money isn’t put to work in that time, VCs will have to return it to investors, having drawn millions in management fees with little to show for it. The pace at which these dollars are deployed will likely slow, valuations will likely fall and the weaker companies won’t receive funding at all. Nevertheless, you can count on VCs writing checks right through the recession. 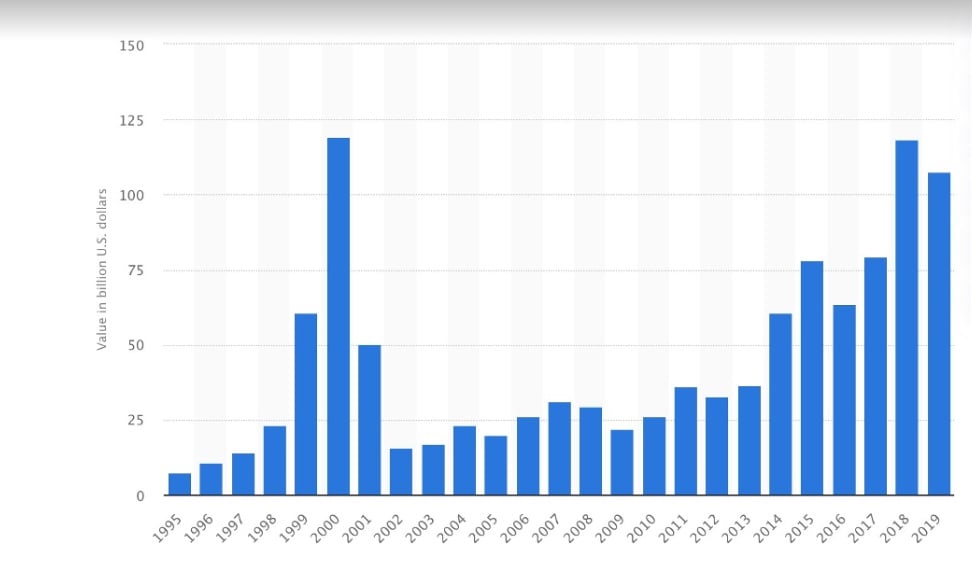 Because tech companies can pivot their businesses quickly, many can take advantage of the unique features of downturns to grow even quicker.

In the King River portfolio we have companies we anticipate will thrive through a Corona-driven recession, including a software company providing remote patient healthcare that increases hospital productivity and decreases face-to-face contact (Lark Health); a robotics AI firm providing deep reinforcement learning to automate the supply chain (Osaro); a personal AI fitness app that could benefit from people stuck at home and forced to stay away from gyms (Weav), and a wealth management platform that will assist customers to capitalize on the public markets volatility through increased trading volumes (Finclear).

Facing the prospect of an economic downturn and significant disruption, tech companies and investors should double down on what they do best, taking calm but decisive measures early on, to open up opportunities that might not have existed before. Those that do will likely find themselves at a competitive advantage they will be thankful for in years to come.

Zebediah Rice is co-founder King River Capital, which is focused on technology investments in Australia and the US. He has served on the board of the Pat Brown Institute for Public Affairs and was an adviser on California Governor Jerry Brown's 2010 Gubernatorial race and Barack Obama's 2008 presidential campaign.