‘The world’s future depends on a feminine energy’: Cyan Ta’eed’s inspiring address to her old school 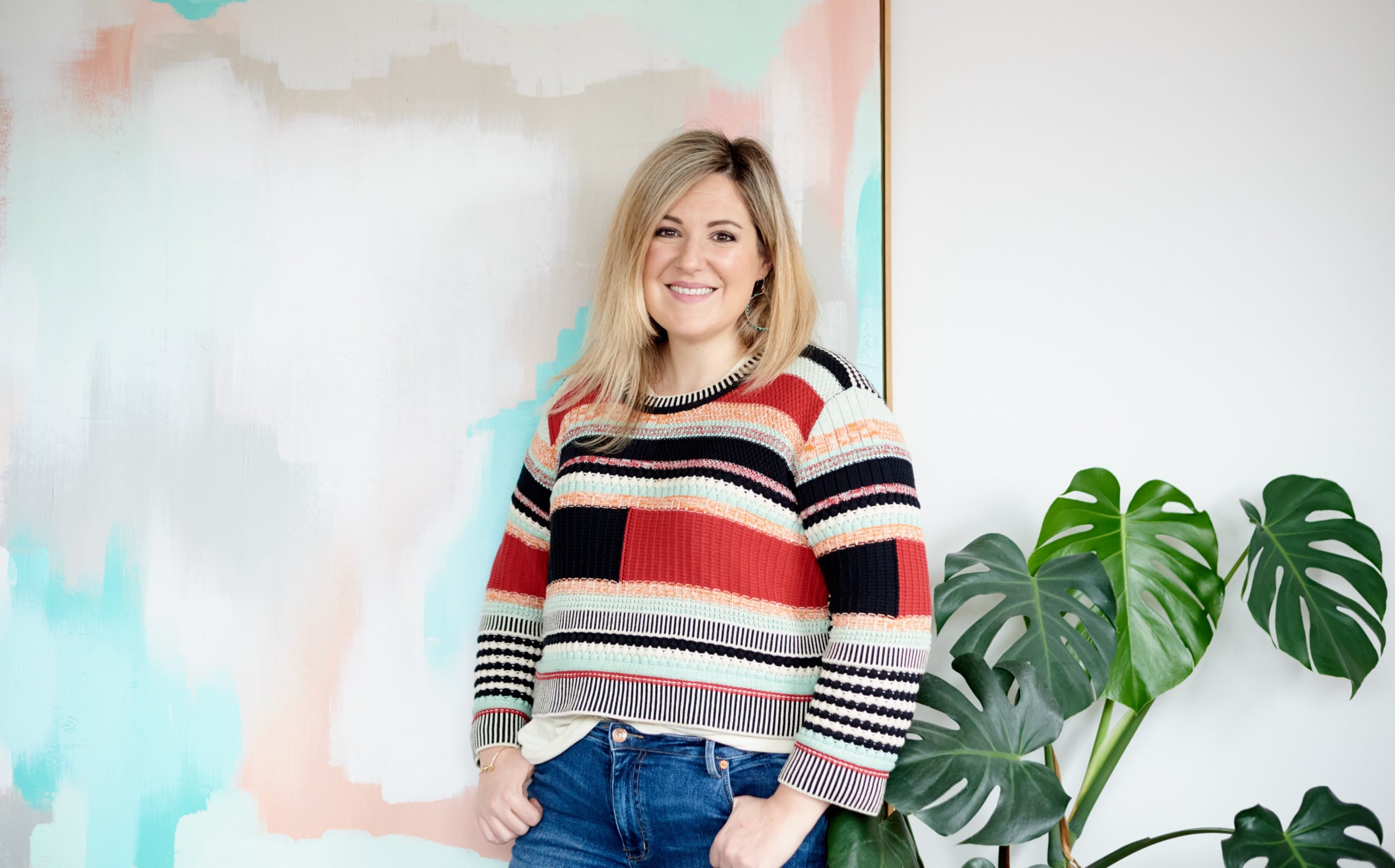 Entrepreneur Cyan Ta’eed was a student at SCEGGS in Sydney in the 1990s. On the 20th anniversary of her graduation, the SCEGGS Old Girl was invited back to the school in December 2019 to deliver the keynote address at the 124th Annual Distribution of Prizes. This is what she told the girls.

When I was a little girl my mother used to sit with me as I snuggled under the blankets, and tell me just how lucky I was to have a bed to sleep in.

She would remind me that plenty of people didn’t have a bed, and were out there in the cold.

When I changed schools to SCEGGS midway through grade 2 and Ms Jarman sat next to me every day to help me finally and painstakingly learn to read, adults around me told me how lucky I was to go to such a great new school.

I personally found it terrifying as I’d come from a very disorganised public school and here Ms Jarman called all the girls “ladies”.

I certainly didn’t feel like a lady, but I knew I was lucky to be there. My parents had to save and sacrifice to get me in this school, and so I listened to Ms Jarman and breathed a sigh of relief when I finally caught up with the other kids.

When I was a teenager and I sat listening to Dr Lawton, the SCEGGS minister at the time, he gently reminded us how lucky we were to be born into the loving families we had. He would make sure we knew that compared to his congregation down the road, we had been born into nothing but opportunity.

And the last time I was on this stage, standing in front of thousands of mostly male tech startup founders, I mentioned the luck that had come my way in life. It’s hard not to mention luck in the story of Envato – it’s the honest thing to do. Afterwards a venture capitalist came up and whispered in my ear that talking about luck playing a part in my story made me look weak as a woman tech founder.

But it turns out I’m stubborn and don’t like being told what to do so I ignored him. I’m back on this stage, and I’m going to talk about luck again.

In 2006 I started a little online business that we called Envato. My co-founders and I thought it would be a little side project, maybe fund some overseas travel, but it grew and grew.

These days we employ over 600 people, and are one of Australia’s 10 best places to work. At this moment about 10,000 people are visiting an Envato website, and the creatives who earn their livelihoods on our marketplaces will earn $136 million this year. Envato has done this without a single dollar of investment or debt, because we bootstrapped and have been profitable every single year. This year 22% of those profits will go back to our staff and to the indigenous charities we work with.

In 2013 I started a project called New Day Box, which mobilises thousands of women to make gifts for other women in family violence crisis accommodation each Christmas.

And in 2018 I launched Hey Tiger, a social enterprise chocolate company that funds cocoa farming community development in Ghana. Luck, every step of the way, has been on my side.

It’s ok to be lucky

Saying you’ve been lucky does not mean you haven’t worked hard. Nor does it mean it’s all been a big fluke. I grew up in a household with a father who drilled into me that accomplished people are the ones who fall down 99 times and get up 100, and that the secret of success was “to just keep showing up.”

I’ve done all that, and I’ve worked very hard. But there’s no denying that part of my success was because of the family I was born into and the school I was lucky enough to attend.

You, me, and probably everyone here tonight, are amongst the most privileged in the world. Seriously. From the country we’ve been born in, to the parents or guardians we have, to the education we have received.

You are amongst the most educated and privileged young women in the world. And, with that, comes both great opportunity and a great responsibility.

I know what some of you are thinking – she’s not talking to me. If you think

I’m only talking to the star rowers and the head girl, I’m not. I was NOT one of those girls. I was SUPER socially awkward at school. I’m not sure anyone I went to school with would have expected me to be up here this evening.

I was crummy at sports, an okay student but not brilliant by any means, and I did some embarrassing things in school. Like, “still makes me cringe if I think about them when I’m trying to sleep”, embarrassing. Like, “I’m really hoping Ms Gyton doesn’t remember them”, mortifying.

I remember sitting with a group of school friends and every one of them had graduated with a UAI of over 90, and I didn’t want to tell them I’d gotten a far lower score than that. I didn’t get into the degree I really wanted. I usually felt too loud, too awkward, and too plump, and I didn’t know what I wanted to do with my life. So, in short, absolutely no one’s prime candidate to be up on stage 20 years later delivering this speech.

So, now that we’ve established this message is for every one of you, here is what I want to share with you.

No matter how you might have felt about your school years, you have gone to a truly feminist school. A school that, back when I went to school, had an Anglican Minister who was amongst the first to speak about indigenous, gay and transgender inclusion and sensitivity in the church.

That was brave and pioneering stuff. A school that reminds its students every day that they are literally the future. It took me years to realise every time we were singing to “let your light shine” (in latin, because we’re fancy), we were actually telling each other to go out and make the world better. That might sound obvious to you, but it’s important you remember that when you go out there because the future rests on your shoulders.

Class of 2019, it’s okay if you don’t know what you want to do with your life yet, but it’s your job to figure out how you can be useful in this world. Some of you might have a clear idea and that’s great, and some of you might not know at all because, honestly, you haven’t seen much of the world yet. I had no idea what I wanted to do. I ended up starting businesses, and am fascinated by business as a force for good in society.

That sort of boutique (and let’s face it, frankly weird) career path is only found by going out into the world and exploring it fiercely.

Things you shouldn’t care about

And to explore bravely, you need to stop caring what anyone else thinks.

Do me a favour and make it your mission to stop caring. I have never been the smartest or the most capable in the room. I can guarantee I’m not, here in this hall. But I’ve done a lot I’m proud of in my life so far, and I can tell you exactly why. I decided that because I didn’t know what I wanted to do with my life, that if I found something interesting, I followed it.

If I was inspired by an idea, I’d say yes, even if it terrified me. If I failed, and I do all the time, I’d get back up again and keep trying. (Sometimes I sit on the couch under a doona and watch Friends first, but then I get back up.)

I have gotten comfortable being very uncomfortable and doing it anyway. I am constantly trying things I am not sure I can manage, and that is what you need to do too.

More than a drop in the ocean

If you don’t know if you’re good enough to do it yet, it doesn’t matter. One of the secrets of life is that none of us knows what we’re doing most of the time, just some people are better at taking an educated guess and going for it.

This is very, very important, and here’s why.

The world’s history is filled with a masculine energy. But the world’s future depends on a feminine one.

We are at a key juncture in history. A time when women are rising to take their place in the world more than ever before. And that’s not just a good thing, it’s of critical, vital importance.

Humanity is a bird. Men and women are the wings. Equal, and complementary. Same, and different. But most importantly, the bird will only soar if both wings have equal strength.

We have to face problems in our own unique ways. We, in this room, are uniquely placed to do this.

Most importantly, we’re going to need to do it together.

When you’re alone, you’re a single drop. But when that drop is in the ocean, the drop becomes the ocean.

As it turns out, you are exactly what the world needs right now. Inspirational people aren’t special magical people different to the rest of us. They are just normal people like you and me, who try.

It’s their passion, and their mission, and it’s what makes them tick. And if you don’t have that right now, go out and get it. You can do it.

One of my favourite quotes is “a ship in port is safe, but that’s not what ships are built for.” You, class of 2019, are turbo-charged superyachts.