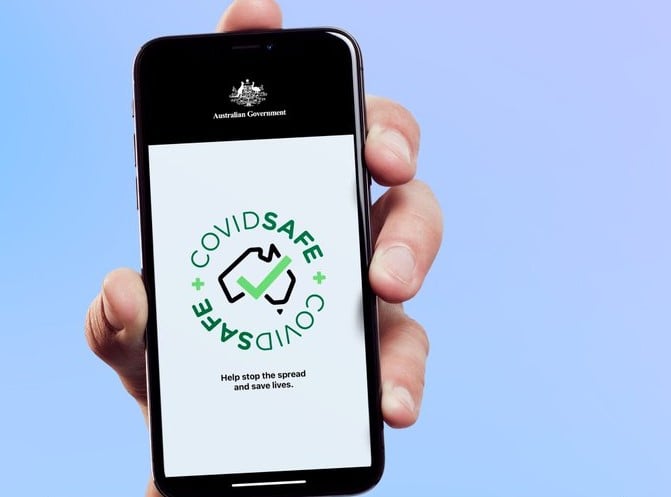 More than two million people had downloaded the federal government’s COVIDSafe app in the 24 hours after its release on Sunday night. The government is hoping at least 40% of the population will make use of the app, designed to help reduce the spread of the coronavirus disease.

Previously dubbed TraceTogether – in line with a similar app rolled out in Singapore – the coronavirus contact tracing app has been an ongoing cause of contention among the public. Many people have voiced concerns of an erosion of privacy, and potential misuse of citizen data by the government.

But how does COVIDSafe work? And to what extent has the app addressed our privacy concerns?

Read more:
Coronavirus contact-tracing apps: most of us won’t cooperate unless everyone does

The app’s landing page outlines its purpose: to help Australian health authorities trace and prevent COVID-19’s spread by contacting people who may have been in proximity (to a distance of about 1.5 metres) with a confirmed case, for 15 minutes or more.

The second screen explains how Bluetooth technology is used to record users’ contact with other app users. This screen says collected data is encrypted and can’t be accessed by other apps or users without a decryption mechanism. It also says the data is stored locally on users’ phones and isn’t sent to the government (remote server storage).

This is followed by a declaration page where the user must give consent to enable Bluetooth, “location permissions” and “battery optimiser”.

In regards to enabling location permissions, it’s important to note this isn’t the same as turning on location services. Location permissions must be enabled for COVIDSafe to access Bluetooth on Android and Apple devices. And access to your phone’s battery optimiser is required keep the app running in the background.

Once the user is registered, a notification should confirm the app is up and running. Users will have to manually grant some permissions.

Importantly, COVIDSafe doesn’t have an option for users to exit or “log-off”.

Currently, the only way to stop the app is to uninstall it, or turn off Bluetooth. The app’s reliance on prolonged Bluetooth usage also has users worried it might quickly drain their phone batteries.

Upon preliminary testing of the app, it seems the federal government has delivered on its promises surrounding data security.

Additional tests should be carried out on this front.

According to reports, if COVIDSafe is being used on an iPhone in low-power mode, this may impact the app’s ability to track contacts.

Also, iPhone users must have the app open (in the foreground) for Bluetooth functionality to work. The federal government plans to fix this hitch “in a few weeks”, according to The Guardian.

My family downloaded the COVIDSafe app this morning. I want to know quickly if we’ve been in contact with someone who has the virus.

“Source code” is the term used to describe the set of instructions written during the development of a program. These instructions are understandable to other programmers.

In a privacy impact assessment response from the Department of Health, the federal government said it would make COVIDSafe’s source code publicly available, “subject to consultation with” the Australian Cyber Security Centre. It’s unclear exactly when or how much of the source code will be released.

Making the app’s source code publicly available, or making it “open source”, would allow experts to examine the code to evaluate security risks (and potentially help fix them). For example, experts could determine whether the app collects any personal user information without user consent. This would ensure COVIDSafe’s transparency and enable auditing of the app.

Releasing the source code isn’t only important for transparency, but also for understanding the app’s functionality.

Some COVIDSafe users reported the app wouldn’t accept their mobile number until they turned off wifi and used their mobile network (4G) instead. Until the app is made open source, it’s difficult to say exactly why this happens.

Overall, it seems COVIDSafe is a promising start to the national effort to ease lockdown restrictions, a luxury already afforded to some states including Queensland.

Questions have been raised around whether the app will later be made compulsory to download, to reach the 40% uptake target. But current growth in download numbers suggests such enforcement may not be necessary as more people rise up to their “civic duty”.

That said, only time will reveal the extent to which Australians embrace this new contact tracing technology.

Australians are rising to this challenge in the best possible way.

* Editor’s note: The opening paragraph of this story was changed to reflect in increased number of people who downloaded the app in the first 24 hours.