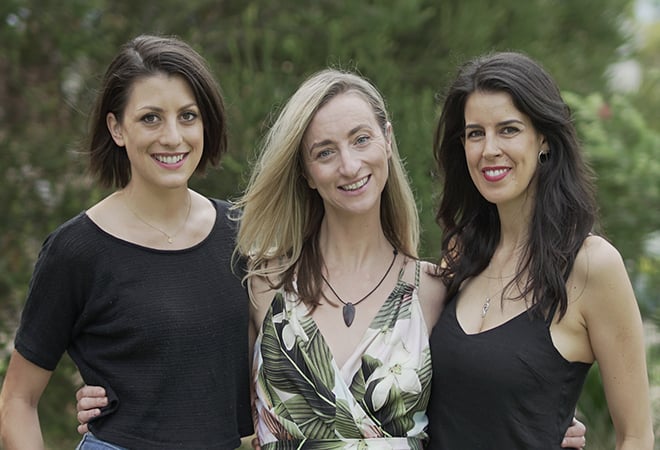 It’s no secret that raising funds as a female founder is tough.

I’ve given myself an additional challenge in my funding mission in that I founded The Clean Collective to make a difference to human and planetary health, and finding investors that are interested in changing the world (not just their pockets) is like weeding a lawn of grass by hand.

As the inspiring Catriona Wallace puts it, “you’ve got to get used to eating rejection for breakfast when capital raising.” Yep. Breakfast, sometimes followed too quickly by brunch.

So, you can imagine my excitement to receive an invitation to attend an investment event in Silicon Valley, dedicated to social impact start-ups.

What I left with wasn’t cash but something far more powerful.

I hit the first day of the event with a spring in my step from the possibility that was oozing from it. It kicked off with a presentation so powerful that I felt compelled to write and thank the speaker for the inspiration and for confirming there are VCs out there who believe in this planet’s need for double bottom line business.

The next 48 hours were filled with strong chats and big pitches. Did you know someone already built a flying car? Legit, that James Bond stuff already exists.

In a true Moses moment, the crowd seemed to part as an engaged angel investor glided straight into my

conversation. When he asked me how I found the event, my honesty spilled:

“I don’t think I’m in the right place. I’m not building new technology or flying cars; I’m just trying to use existing technology to empower people to tackle climate change and take ownership of their health.”

“Really?” he replied. “I have an interest in climate investments.”

The conversation begins. A long and serious discussion ensues: the health and climate epidemics, the latest scientific research available, the solutions we’re building at The Clean Collective, how time is of the essence with just 134 months left on the Climate Change Clock.

I left with a serious contact who’d confirmed serious interest in investing in The Clean Collective with further discussion, willing to connect me to further impact-concerned investors.

I heard from him a few hours later.

Lunch locked and loaded for tomorrow.

Dining with the (angel) devil

I’ve done coffee, lunch, dinner and wine with investors in rain and shine – even on crutches straight from a doctor’s surgery – to raise the funds I’ve needed to fuel my business. I felt prepared. Just another lunch…

It started pleasantly enough. This guy had already expressed an interest in getting to know the person/s he was investing in. It’s not unusual. I played ball. We got chatting.

It turns out Phil’s passion is photography and he’s got a studio just around the corner.

The conversation turns – the horse bolts – and wrapped in some inappropriate comments, he tells me that he wants to “capture” me and asks if he can take my picture at his studio.

As I wonder if I’ve understood the words that just casually fell out of his mouth, he’s already showing me a portfolio of images, cropped in a way that you’re left wondering if the women in them were wearing clothes.

What he didn’t realise is the photos he tried not to show me were reflected in his wine glass, revealing a bit more skin.

How does an Aussie start-up founder end up on a Silicon Valley casting couch?

This man was practiced. He’d done this before. His words ducked around the subject in such a dance that I was left questioning myself at every sentence.

In asking for clarification of his true interest and intentions, he revealed that he’d decided he wanted to take my picture the moment he saw me at the conference; that if I went to the conveniently-located photography studio from his lunch reservation, he “couldn’t be sure what would happen” after the photos were taken; and that my dismissive reaction was unusual, because most women become CEOs “because they want fame.”

You know who you are.

You stunned me into a state of gibberish that I’ll thank you for: sometimes your brain needs to be faced with an alien situation before it finds its script. Here’s mine:

You’ve got the wrong definition of ‘human capital’.

Women are capable leaders that become CEOs for many reasons.

Women founders do not deserve to be subjected to your well-rehearsed show.

And in case you’re wondering, the world’s still dying, and the Climate Change Clock’s still ticking.

Thank you for filling some of my precious time in the 134-month window of opportunity that we have to save the planet from a climate catastrophe with your ridiculous proposition because, you know what? No one grows in their comfort zone and you’ve just added some serious fuel to my fire.

In the words of Meatloaf, “I’d do anything [for my love of this planet], but I won’t do that.”

My mission is so much bigger than your cheque book.

You sent me back home to Australia with next-level amounts of clarity, grit and determination to find investors that respect people, respect the planet, and understand that investing in our future is not only money and energy incredibly well spent, but an absolute necessity for civilisation as we know it.

The Clean Collective is now equity crowdsource funding with Equitise to raise funds to fuel its mission, seeking 12,500 people to invest just $120 in the future of human and planetary health.

In return, investors will get 12-month discounts to www.thecleancollective.com, early-bird access and passes to new digital products, and The Clean Collective will remove 37,500 pieces of plastic pollution from the environment and plant 12,500 trees when they hit their target of raising $1.5M. This is what you call a true and fair exchange, Phil.

Before co-founding The Clean Collective, Charlie was working as a Global Digital Strategist at American Express. She experienced depression and anxiety which manifested physically as uncontrollable blackouts in 2013. This kick-started her obsession with a healthier lifestyle and made her quickly realise the connection to the natural world she so cared about being a muddy farm kid at heart. In 2016, she decided to put her career experience in service of communicating the need for broader adoption of the lifestyle she’d become so passionate about, and The Clean Collective was born.