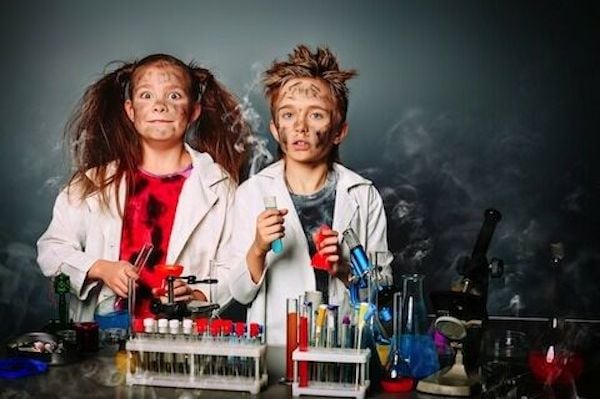 After enduring eight different ministers in nine years, the startup sector was relieved when the re-elected Morrison government reappointed Karen Andrews, who’d been in charge on the portfolio for less than a year, as Minister for Industry, Science and Technology.

But all sides agree there’s a lot of work do be done and no time to waste to ensure the startup sector is a thriving part of the Australian economy. Minister Andrews has stated she’s eager to hear all involved about the way forward.

With that in mind, R&D specialists Dr. Rita Choueiri and Jack Qi from Chartered Accountants and advisory firm William Buck outline their vision for the Minister’s proposed 100-day action plan.

The Minister for Industry, Science and Technology offered to hold a roundtable for tech leaders last week, as she outlined her 100-day action plan for the Innovation Portfolio.

Challenging the tech sector, the Hon. Karen Andrews proposed start-up leaders be proactive in offering solutions to Australia innovation agenda, as they are with raising the issues.

The National Innovation and Science Agenda (NISA) will be completing its four-year plan this year, after it was established in 2015 by Malcolm Turnbull. Andrews has made no commitment to another round of this almost lapsed innovation statement – however she recognises the importance of working with industries to solve their issues.

This is a great first move, as industries must be consulted on issues – and legislation – that affects them; as we have seen recently with the worry faced by the sector on encryption laws.

However, there are two other key focuses we believe the Government need to prioritise in their first 100 days:

Australia’s start-up sector is crying out for stability, so they can plan longer-term into the future.

The initial innovation agenda focused on fast growing tech companies, the policies now appear to be moving away from this. This will stifle Australia global competition.

Australia needs policies that bring up Australia’s R&D expenditure. Labour aspired to increase R&D expenditure from less than 2 per cent of GDP to 3 per cent. we’d like to see the Coalition match this promise.

Tech companies also eagerly await a response from the re-elected Coalition Government with regards to the proposed changes to the R&D Incentive, announced in the 2018 Budget. Tech companies that use or want to make use of the R&D Tax Incentive to assist them fund technically challenging experimental activities, currently have no certainty on the future of the current status of the R&D Tax Incentive, because there’s been no resolution on the parked changes – action is required to achieve stability.

We will find Australian and foreign companies moving their R&D elsewhere, such as our New Zealand neighbours. With the New Zealand Government announcing in their Budget last week a target to invest two per cent of their GDP into research and development by 2027.

They also announced a new $300 million fund to support the New Zealand Venture Investment Fund for venture capital investments – “to take start-up businesses to the next level.”

We offer a solution for the Government to support more initiatives that allow for greater collaboration with industry, universities and research institutes to reach a comparable goal.

Australia’s R&D Scheme is the heart and lungs of the tech and start-up sector and rely on the Governments generous contribution. However, the Government needs to be careful with adverse tinkering to this scheme or risk Australia’s Global competitiveness.

Our belief is that the scheme is not broken but improvements can be made – The Government will and does support eligible R&D activities. However, the self-assessment model results in issues with rogue claimants, ill described R&D where the R&D cannot be adequately demonstrated.

Tech companies are also faced with the challenge of having to retrofit their innovative and / or complex activities into the R&D Tax Incentive legislation which was largely designed for traditional R&D (e.g. traditional laboratory activities such as drug development) and not for activities that evolve the more suitable Agile methodology.

The government has reclaimed over $500M from non-compliance and in the Budget announcements there was a savings of $4B over the past three years from the R&D Incentive – and rightly so. However, this has resulted in Australia’s start-up sector dropping in global competitiveness; with The Start-up Genome Report 2019, released earlier this month showing Sydney is down six places from their 2017 rankings.

The Early Stage Innovation Company initiative (ESIC) is another initiative with generous incentives, yet it has been underpublicised, underutilised and poorly understood. Many early stage entities are either unaware of it or do not meet the limited qualification criteria. It is only starting to gain in the start-up space, yet many are asking – will this incentive stay?

To overcome this, we offer our solutions to bring more stability to the tech and start-up sector by making a commitment to the sector; improving the integrity of the R&D Scheme and broadening its scope.

As specialist advisors to the tech industry, we extend an invitation to host a roundtable to discuss these issues further, so together, we can build a better 100-day action plan.

Previous article The federal government is offering $50,000 grants so you can take your idea global
Next article An Australian films on demand startup just cracked the world’s most prolific cinema market
Via Opinion
Tags auspolcontributor postgovernment policyinnovationWilliam Buck