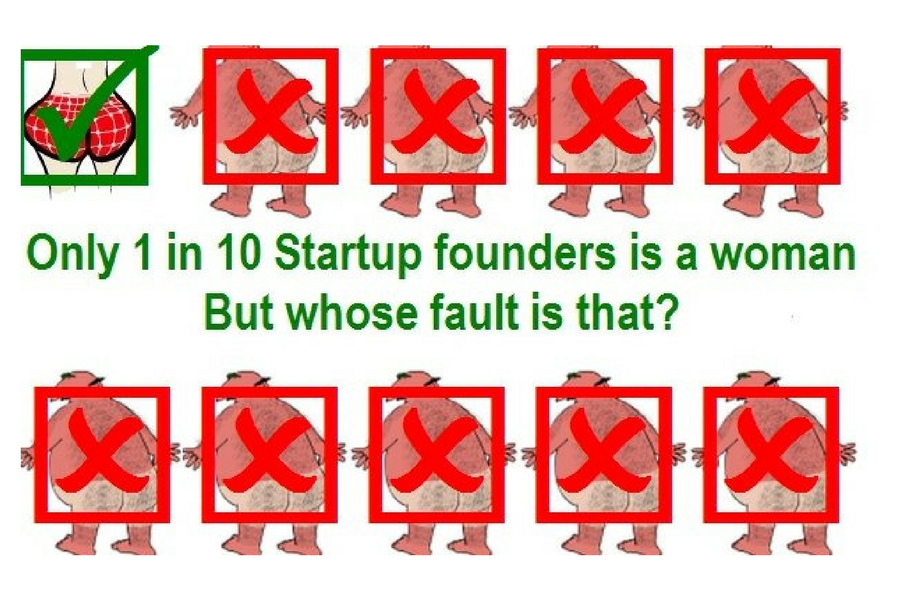 Yesterday the Sydney Morning Herald published an article authored by management consultant Kasey Edwards, Bro-culture is insidious in start-up world, and it keeps women on the outer, in which she referred to a LinkedIn post by a gentleman named Daniel Mumby, aka ‘That Startup Guy’, titled Ladies, get off your ‘buts’ and build your business – no one will do it for you.

Obviously there has been some backlash and old mate Mumby has made quick with some editing, adding a string of disclaimers about his intent behind the post, and I am pretty sure, changing the featured image on the post to the far less offensive…well, this… 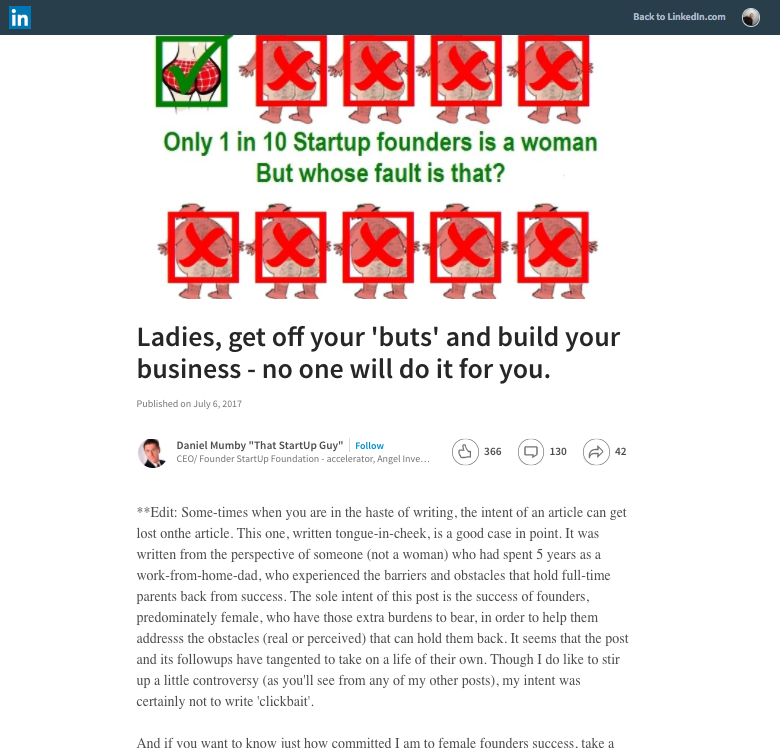 While hundreds of women and men across the internet let Mumby know how they felt about the article yesterday after the Edwards piece was published – and as I hit publish on this post I know that the readers of Startup Daily will also be assertive with their thoughts on the situation – I am calling Mumby out again for a couple of very specific reasons.

The first is because he does have influence. On Linkedin alone there are over 219,000 people subscribed to his profile, posts, and updates.

The second is because he is an active mentor, investor, and speaker, and is currently building his next media venture focused on aspirational content for the startup ecosystem. If the mentoring and content he delivers is allowed to exist with a bro culture undertone (tongue in cheek or not, sexism intended or not) unquestioned, I am enabling a portion of those 219,000 people – specifically men in their late teens and early twenties – to learn and adopt that language and attitude towards women.

I am not even going to go into the specifics of Mumby’s post.

But I do want to address a couple of the underlying perceptions I saw in his article, because my general feeling is that it is the way many men in the startup ecosystem think about the conversations around sexual harassment, diversity, and equality happening right now in this community.

The statistic around more men building companies than women is false. There is no truth to that at all – in fact, women are starting businesses at twice the rate of men in Australia.

What that means, Mr Mumby, is the ladies are getting off their ‘buts’ and doing things – unfortunately one of those things is having to put up with startup media blokes like you perpetuating bro culture by titling an article you say is about empowering women with an arse pun.