Congratulations, your Bitcoin obsession is killing the planet 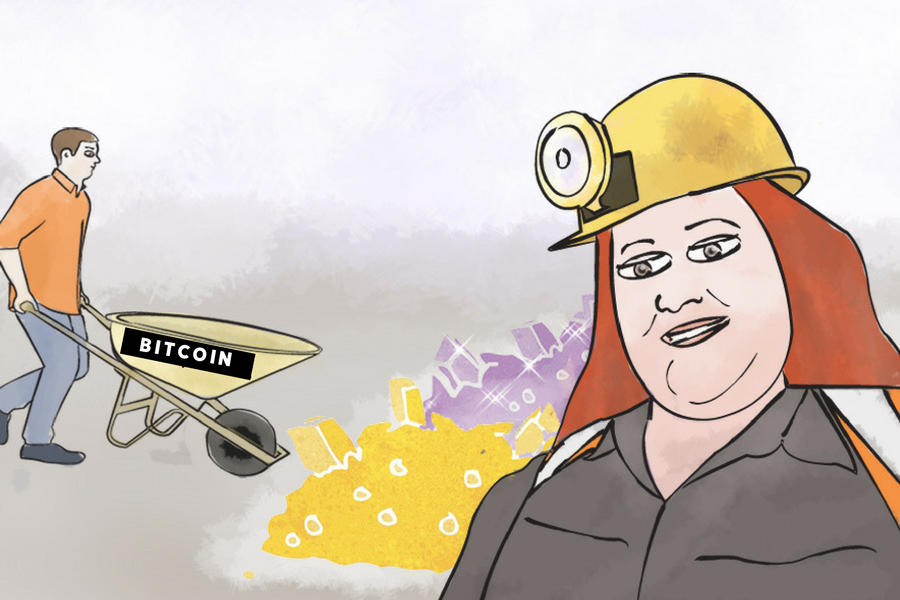 When I was in my early twenties, I launched a business called Lucky Bugga. On the day of the launch I received a call from a lovely gentleman representing the New South Wales Department of Gaming and Racing who, while acknowledging my entrepreneurial spirit, said I best shut things off immediately before things got too serious.

At the time I thought launching my own lottery company was an awesome idea – huge gap in the market, I thought. Why is nobody else doing this? There are only a couple of players in the Australian market!

The answer? Regulation. A little more than a decade on, I look back and think, what kind of Somalian-pirate like stunt was I trying to pull? I am thankful I am a simple creature that had a basic-bitch approach to getting rich quick, as legislation already existed to stop me in my tracks before I had a customer and things became complicated.

Unfortunately, the same can not be said for the thousands of Australians about to be fucked over by the cryptocurrency frenzy happening right now, because Bitcoin and its other crypto counterparts are currently unregulated and are not owned or managed by any bank or government institution; they instead belong to a massive network of anonymous individuals who use cryptography to verify and process transactions made with the digital currency.

In other words, if someone hacks your digital wallet or scams you in your pursuit of becoming a Bitcoin billionaire – you’re fucked. There is no organisation or framework to protect you from thieves, phishing incidents, being hacked or from Bitcoin crashing overnight and being worth peanuts – like it has for most of the year, every year, since it was first created.

Like every internet trend or good old fashioned Ponzi scheme, we are seeing entire ecosystems of people and organisations (some who probably mean well, others who don’t) emerge, selling to the uneducated market the dream of becoming a bitcoin millionaire investor.

If you are one of these people I would like to take this opportunity to ask you to please stop calling yourself a Crypto Coach.

As Warren Buffet said on the matter in the Washington Post earlier this week, “There are basically two kinds of assets. One you look to the stream of income it will produce, the other you hope like hell that someone will pay you more for it. The second type is inherently speculative; it includes gold, although gold at least has value as jewellery. It most definitely includes bitcoin.”

Yes, some people joining the Bitcoin craze might turn over a profit. The vast majority, however, will lose their investment, download corrupt mining software or have their digital wallets hacked or be worth next to nothing as Bitcoin does what it does best – rise high and fall hard.

Aside from the fact that Bitcoin is used to conduct all sorts of horrible illegal transactions on the Dark Web like drug trafficking, hiring a hitman, or a million other distasteful black market business practices Bitcoin is used for, the amount of energy required to “mine” the damn things is quite literally killing the planet.

The higher the value of Bitcoin, the more energy people will use in order to compete for it during the mining process.

Mining Bitcoin is currently using more energy consumption than entire countries like Denmark, Serbia, and Belarus. The carbon footprint that therefore accompanies a Bitcoin transaction is massive. Just look at the chart below at the difference in energy consumption between Bitcoin and payments competitor VISA.

Congratulations crypto-converts, you are killing the planet.