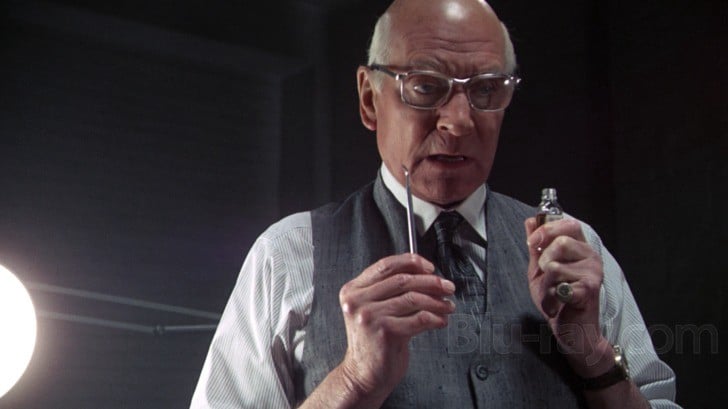 The three things I have to say that are most likely to offend startup founders are:

You shouldn’t take it personally when I say I can’t sign your NDA — it’s not just your NDA, it’s everybody’s NDA.

Imagine I come to you with a sealed box. I tell you that in this box are the secrets to great riches, and that I will keep nearly all of those riches, but that you may have a small part of them, if you agree to tell no-one, ever, about the contents of the box.

You may be right, maybe it does contain great riches, but the odds are, you’re wrong.

Ninety five times out of 100, the box contains only warm, stale air and you’ll tell me that if I peer very closely with the light coming from just the right angle, I will be able to see a glimmer of hopes and dreams from which a spiderweb of a small business might be assembled to over-work and under-compensate you and an unpaid intern, for maybe a couple of years.

Sometimes, the box contains a single sticky note with “Airbnb but for garden tools”.

Sometimes it includes a thousand stained, crumpled sticky notes, all jammed together in no particular order, upon which someone has scrawled in a spidery indecipherable scrawl a mass of conspiracy theory nonsense.

Sometimes it includes a printed, ring-bound 50 page business plan that meticulously repeats the details of some previous era of tech’s business model: “auctions, but online”, or “an online platform where anybody can ask a question, and get it answered for free”, or “a safe, regulated version of the Internet with no trolls, perverts or misinformation”.

It doesn’t really matter what’s in the box! Why would I agree to keep it a secret before I know what it is? Playing this game would be like being a contestant in the world’s worst TV quiz show. That’s not how I intend to spend my career.

If what’s in the box is worth keeping secret, once I know what it is, you can be sure I will be keen to keep it a secret. I don’t need to sign an NDA to guarantee that. I don’t want to dilute my share of that pile of scrawled, crumpled sticky notes with anybody else but you.

It would be impossible to abide by it

If I signed an NDA for everyone who’s asked me over the years, by now I’d need several filing cabinets as high as my head. But more importantly I’d have no way of knowing what NDAs I might be in danger of infringing with every word I utter. Nobody could possibly stay across several thousand NDAs and their obligations.

I assume you’re not going to cover the cost of me employing a legal team to keep track of them all and attend every meeting I have to interrupt me every time I’m about to disclose something from that complex web of overlapping obligations.

Overlapping obligations are a particular problem because while you may believe you’re the first to have this idea, a Google search does not constitute an exhaustive search and some other NDA in my room full of filing cabinets may already forbid me from discussing any aspect of basically the same idea as yours. Whose NDA should I respect if I’ve signed yours before I know what it’s about? Have you just prevented me from continuing to advise the other company?

It would prevent me from helping you

Much of the value I bring to my mentoring with a founder is to talk about what they’re doing to other people who I believe may be able to help. It’s not just about what I know, it’s about who I know. If I’m constrained, I can’t do my job properly, and you’re asking me to help you with one arm and a leg tied behind my back.

Why would I agree to help someone if I’m not free to do my best work with them?

Your secrecy is an illusion

You probably can’t enforce it

If you’re not an early-stage tech startup founder of limited means, this may not apply to you.

In fact, if you’re a major mega listed corporation and you’re trying to persuade me to sell-out for the big bucks and advise you on how to help your organisation think and act more like startups, I will probably sign your NDA.

Because (a) I know I’ll get paid to sign your NDA. When you ask me how much I charge for my services, I’m going to think of a number and double it; and part of that goes towards the cost of legal review and administration of a small binder of NDAs I have signed; and (b) I know there’s an actual chance I could end up in court one day, and the NDA we’ve signed might actually protect me as much as you.

But if instead you’re a tech startup founder of limited means, you can’t afford to enforce your NDA. Do you know how expensive it is to run that case through the courts, even assuming I don’t appeal? And if you try, and fail, and I get awarded costs, there’s very little chance I’ll ever recover it.

I know you’re fighting the impostor syndrome you feel every waking hour. If you’re an Australian startup founder this is probably either the first startup you’ve worked on or the first time you’ve been a founder rather than an employee.

So don’t throw what little credibility you have in the bin by making the embarrassing mistake of opening the discussion with asking anybody to sign an NDA.

It’s not just me. Ask everyone influential in the Australian tech startup industry: “what do you think when someone asks you to sign an NDA when first introduced?”

100% of the time they’ll say, “It tells me they’re an amateur, that they’re brand new, that they’re green and inexperienced, and I start to add yet another grain of salt to whatever they’re pitching me.”

You don’t want that.

This post first appeared on Medium.com. You can read the original here.

Previous article SME lender Judo Bank just became a unicorn with another massive $230 million raise
Next article How safe is COVIDSafe? What you should know about the app’s issues, and risks
Via Opinion
Tags Alan Jonescontributor postNDA